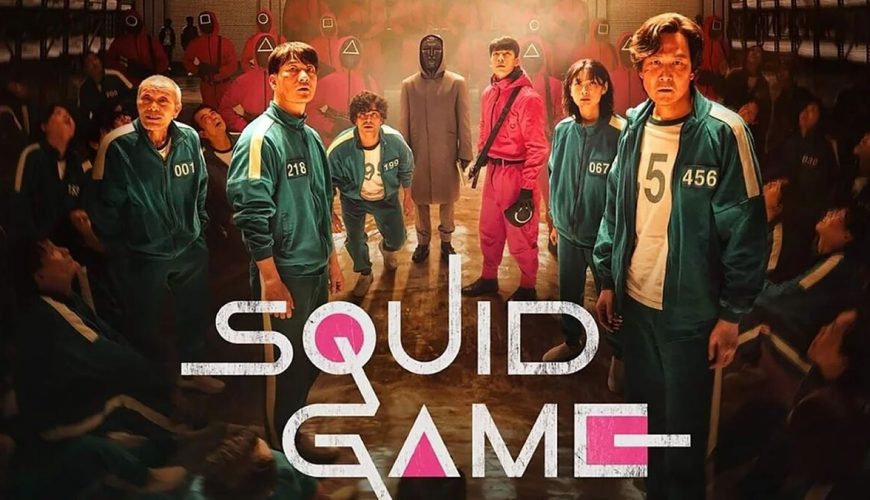 As horrific as Netflix’s Squid Game can be, we’d be lying if we said that our eyeballs weren’t left a tad slippery, like a squid if you will, after everything that transpired in season one. Death after death left us weeping, not to mention that heartbreaking exchange between Kang Sae-byeok and her brother. But with a rematch potentially in the wings, there is some small hope that at least a few of our dead faves could actually reappear in season two.

When we say small, we’re talking marble-sized here folks, because outside of some new flashbacks, it remains extremely unlikely that many characters will return, aside of course from Seong Gi-hun, who went on to win the game in season one.

Still, that hasn’t stopped us from hoping. Because if Gi-hun can beat the odds and actually pull off that Sharon Osbourne haircut, then it’s also possible that at least one or two other characters may have somehow survived their grisly, so-called “deaths”. 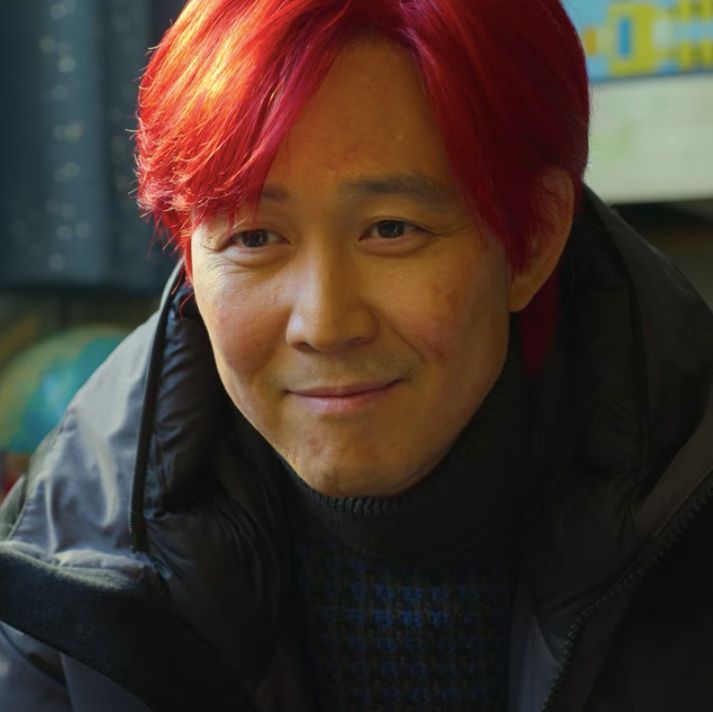 First up is Hwang Jun-ho, the beautiful detective who unfortunately hid his face for the vast majority of his time on the show. It’s a good thing he did though, because once the mask came off, it wasn’t long before the soldiers chased him out into the open.

Stood precariously close to the edge of a cliff, the Front Man confronted Jun-ho, revealing himself to be none other than Hwang In-ho, the detective’s “missing” brother. This family reunion was short-lived though, because the Front Man then shot Jun-ho in the shoulder, knocking him off the cliff and into the ocean below.

But did we see a body? Did we heck! We didn’t even see In-ho and his workers search for Jun-ho’s remains. Sure, they had a lot on with the games and all, but this sloppy work ethic could also work in our favour. Given that Jun-ho is a pretty resilient cop, we wouldn’t be surprised if he somehow survived his injuries long enough to escape on a boat to the mainland.

Admittedly, the fact that these squid games are still going on a year later suggests that he failed to expose them, and an obvious reason for that might be his death. But if Jun-ho did somehow survive, there are plenty of other reasons why his goal to end the squid games might not have worked.

Perhaps he wants to help his brother redeem himself first, or maybe the organisers are just too powerful to be stopped through conventional means. If so, then Jun-ho could be biding his time between seasons, and that’s something even actor Wi Ha-jun suggested just recently to Deadline.

“I’m dying to know what happened to him,” the actor said. “I want him to return alive, find his brother and ask him tons of questions. As a brother, I would ask him sincerely. As a detective, I want to explore the overall secrets behind the game as well. I really hope to see Jun-ho come back alive and explore all these questions. I hope to see a more brotherly-love side of their relationship as well.” 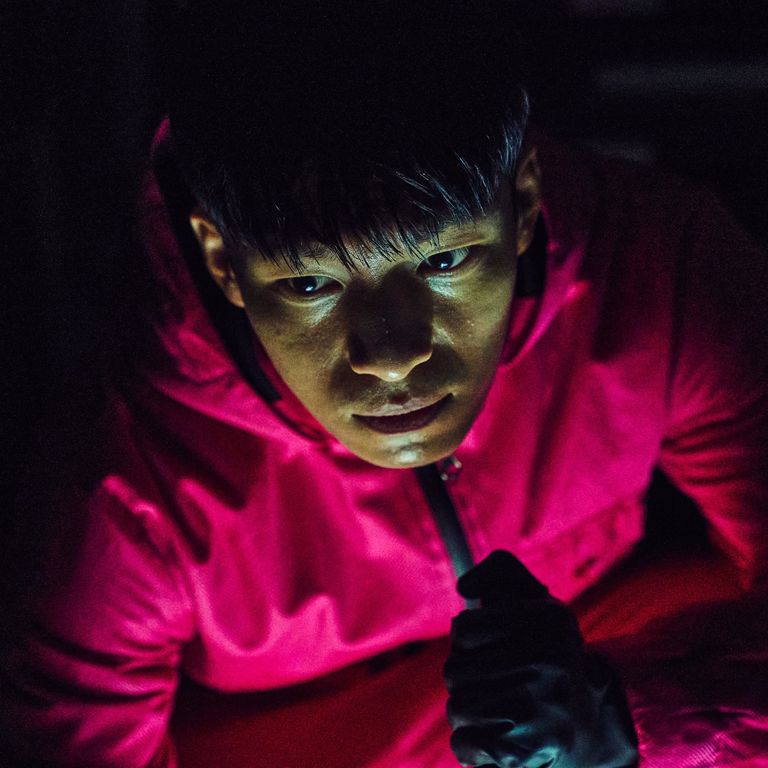 Any potential reunion the two share would come with a lot of conflict though: “Reconciliation, I don’t know. I will have to hear why he made certain choices.”

Still, anything’s possible, and it’s worth bearing in mind here that creator Hwang Dong-hyuk has gone on to say (via The Times) that the Front Man could indeed play a bigger role in season two.

“While I was writing season one, I thought about the stories that could be in season two if I get to do one – one would be the story of the Frontman. I think the issue with police officers is not just an issue in Korea. I see it on the global news that the police force can be very late on acting on things – there are more victims or a situation gets worse because of them not acting fast enough. This was an issue that I wanted to raise. Maybe in season two I can talk about this more.”

Another fan-favourite who might potentially return one day is Ali Abdul (Anupam Tripathi). Now, we know what you’re thinking. That adorable cutie definitely snuffed it when Cho Sang-woo did the dirty on Ali in episode six. But did you actually see him get shot? Oh Il-nam survives his supposed death when the marble game ends, so why not Ali?

Okay, yes, this is a stretch, but there’s a teensy chance this could work if Ali was actually working alongside the old guy… Ok, fine, we’re deluding ourselves, but that’s what grief can do.

And this sense of loss is probably what inspired another popular fan theory which suggests that Kang Sae-byeok may also come back one day from her fiery death. Yes, despite that glass shard in the stomach and Sang-woo’s knife in her neck, some fans believe that player 67 could have escaped that coffin before the fire consumed her. 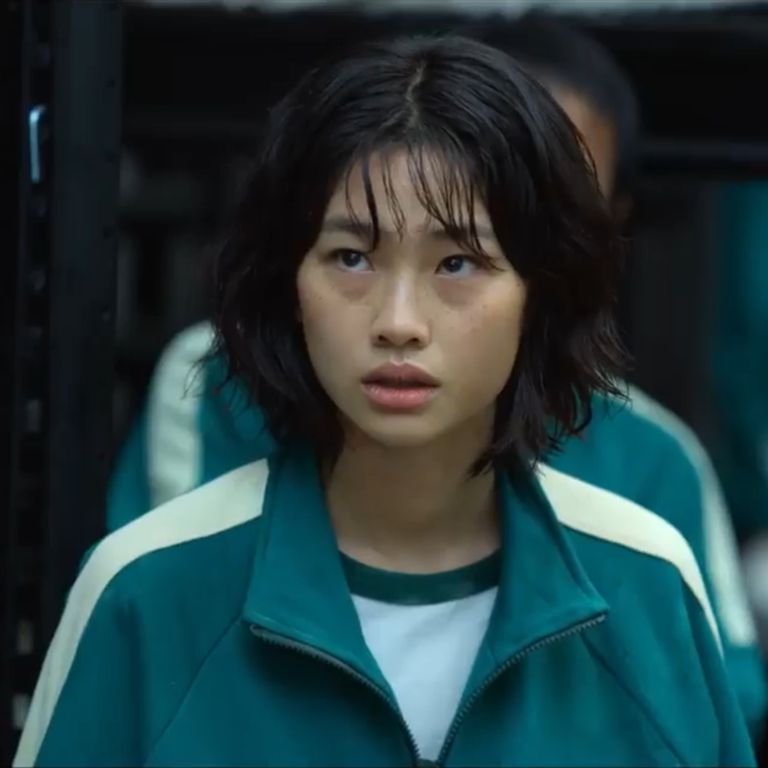 The “evidence” for this is that we never hear Sae-byeok’s death announced over the tannoy, and she could have used her own knife to cut her way out of the coffin. Of course, the announcement could have easily been made offscreen, and it’s hard to imagine player 67 would even have the strength to escape given all that blood loss.

Speaking to The Korea Herald, Jung Ho-yeon herself even joked, “I have never thought about [participating in] the next season, because I am dead.”

But to be fair, she didn’t dismiss the idea completely. “We should all wait for brilliant imagination and ideas from the director and Netflix. Let’s wait together,” says Jung Ho-yeon, and wait we shall, with bated breath. Because we still have hope that at least one of these three can return in some capacity, even if the chances of that are smaller than the smallest marble. It’s the least that Hwang Dong-hyuk can do after breaking our hearts like he did.

Squid Game is now available to watch on Netflix.