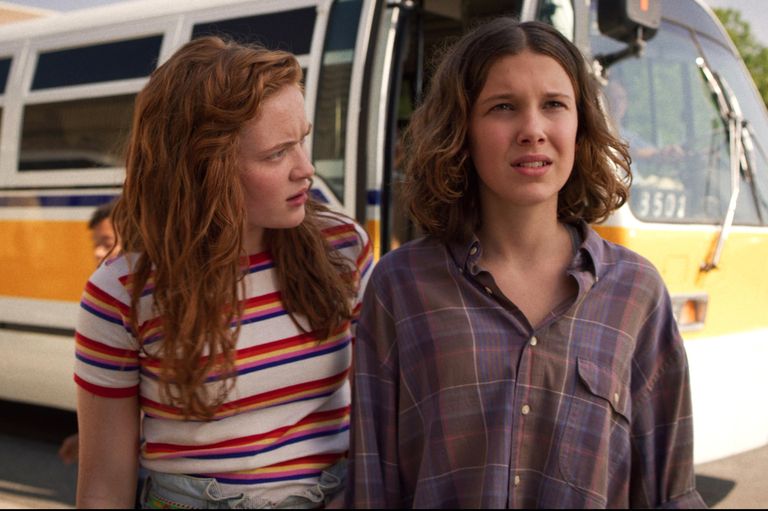 Stranger Things actress Sadie Sink hopes to be free from the “body cast” in season 5.

As fans of the Netflix sci-fi sensation will recall, Sink’s character Max Mayfield fell into a coma at the end of season 4 following her near-fatal run-in with the monstrous Vecna.

Appearing as a guest on The Tonight Show Starring Jimmy Fallon recently, Sink was questioned about Max’s future, to which she replied: “I would like to see her awake. I want to know if I have to get back in a body cast, I would like for that chapter to be closed.”

Admitting she has “no clue” where the show will take this lucky-to-be-alive teenager, Sink spoke about how Kate Bush’s hit tune ‘Running Up That Hill’ follows her around since it featured so significantly in Stranger Things.

“Most recently I was in Berlin in a very tiny cafe, just me and my friend were the only people there and then of course the song starts playing,” she told Fallon.

“Everyone in the restaurant was just kind of like [looking around] – all the servers were like ‘Ohhhh! What’s she gonna do?’ … That’s my cue to go.”

Earlier this month, the star (who is currently promoting The Whale) suggested that the fifth and final season of Stranger Things is going to be “emotional”.

“People say that all the time, but I genuinely mean it. And to think that we have to say goodbye to that security and knowing that we’re not going to be seeing each other for another season?”