‘Stranger Things’ showrunners are having alot of fun with the social media as they use it to tease fans about season 4.

Twitter has now allows you to completely disable the replies on a tweet, that means you can say whatever you want without being challenged or abused.

Taking advantage of this new feature, the ‘Stranger Things’ showrunners’ account told fansthat they’d share all of season 4’s secrets if someone simply replied to them (although, why would you want the entire season ruined for you?).

“One reply and we’ll spill all the season 4 secrets,” they tweeted. 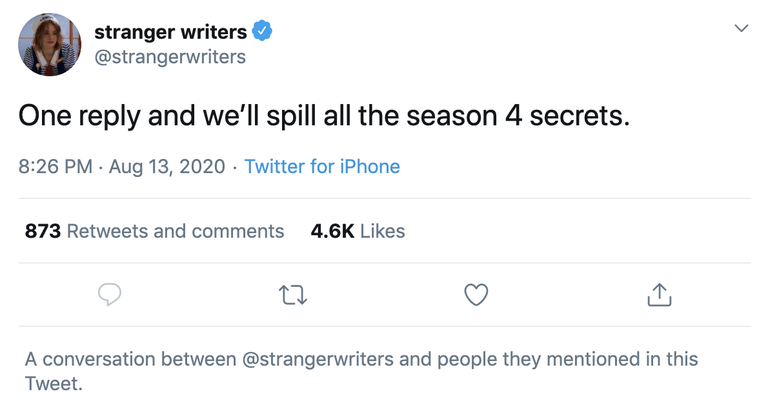 The showrunners were then most likely sniggering away to themselves as thousands of frustrated followers desperately pawed at their keyboards, only to realise the replies had been turned off.

While they’re obviously unlikely to share anything specific about the new season before it arrives on the tv, the producers account did previously tease “the complete season” with an image of the Stranger Things 4 script. 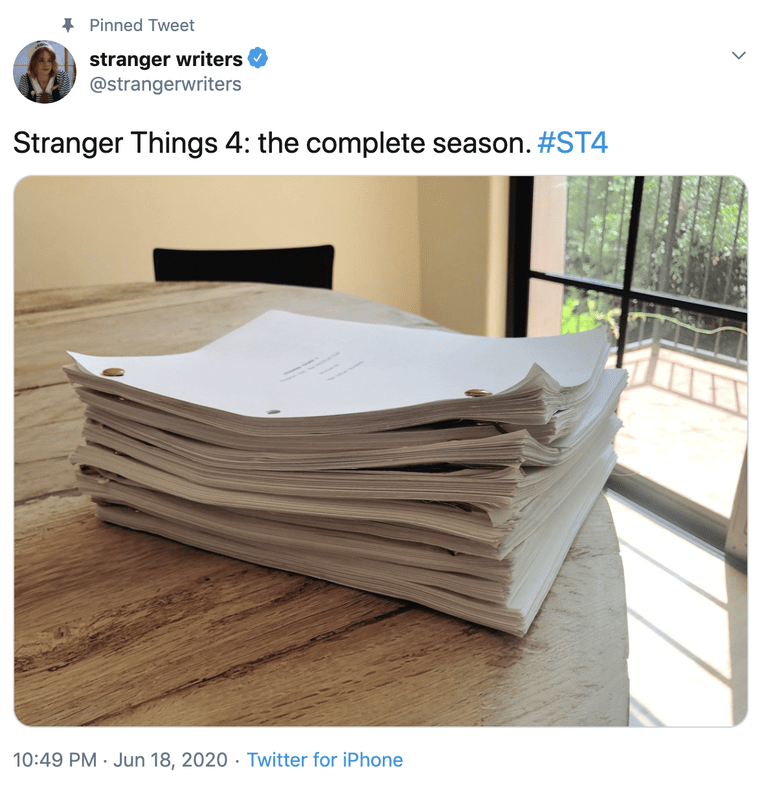 Because of the the coronavirus pandemic, filming on the series has been paused until September at the earliest, but one from the cast thinks that might not necessarily be a bad thing.

Natalia Dyer, who plays Nancy Wheeler, recently said The Hollywood Reporter that she thinks the delay may have been a “blessing for the showrunners”, who have since had more time to “just sit down, think, and create”.