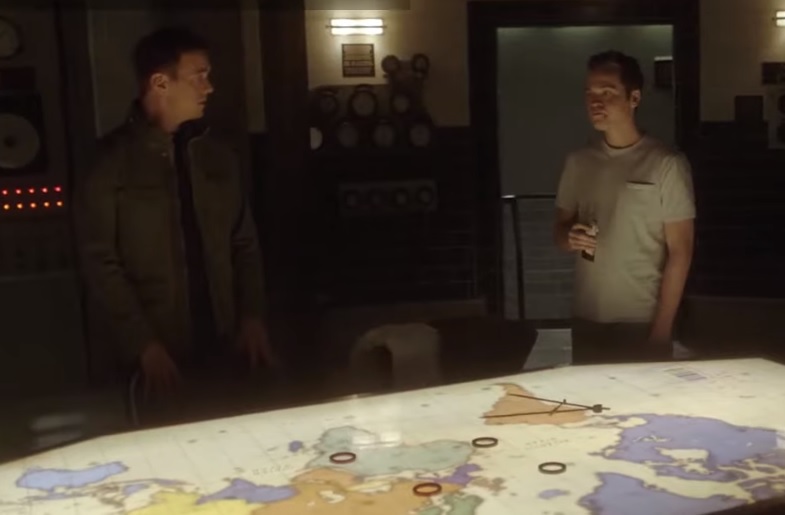 The CW’s long-running Supernatural series may have come to a close late last year, but there’s plenty more to come from the show. As it turns out, the Supernatural: The Complete Series box set includes several deleted scenes from the 15th and final season.

CBR exclusively debut one such scene from Season 15 Episode 19, “Inherit the Earth,” where the archangel Michael promises a lesson in father/son relationships to his nephew, Lucifer’s son Jack.

The clip opens with Michael, currently in possession of Adam Winchester’s body, checking out the Men of Letters bunker. “The last time I was here, things were less friendly,” he mused to Dean, who paced the room across from him. Michael lifted his hands and joked, “I feel almost naked without manacles.”

“Yeah, well, we’re a little more casual this time around,” Dean shot back.

“And the angel? Where’s Castiel?” Michael inquired. After seeing the sour look on Dean’s face, he added, “I’m sorry. He was a good soldier.”

Before Dean had the opportunity to respond, Jack wandered into the room with a granola bar, causing them both to turn and look at him. “You eat?” Michael asked, unable to keep a note of disgust out of his voice.

“I imagine your father had plenty to say about me,” Michael said with a smirk.

“Not much, actually. He said after he was exiled, you were grandad’s favorite,” Jack returned, referring to God.

“Why would you help him?” Jack prompted with a frown.

Michael cast a look in Dean’s direction, only for Dean to roll his eyes and break his gaze. “Sons and fathers are complicated,” Michael explained. “Ask Dean.” Before Dean had a chance to reply, the clip came to a close.

In “Inherit the Earth,” the penultimate episode of the series, the Winchesters, Jack and Michael are among the only beings left on Earth after God blinked everyone else out of existence. As such, they stage a final push to defeat God once and for all, with nothing but luck and a last-ditch plan on their side. The clip takes place as they plan their last stand, which Michael does not realize will not include him — at least, not really.

My name is Damyan Ivanov and i was born in 1998 in Varna, Bulgaria. Graduated high school in 2016 and since then i'm working on wordpress news websites.
Archangel, Jack, Michael, Supernatural, Supernatural 15, Supernatural finale, Supernatural Season 15, TV Series