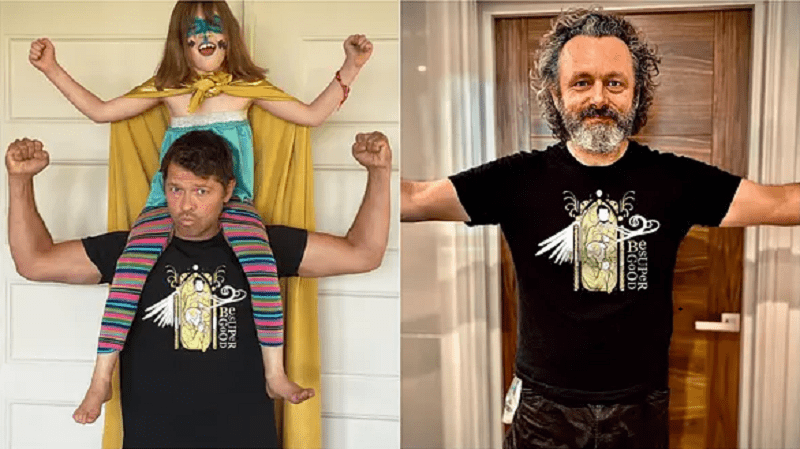 When we last checked in with on-screen “angels” Misha Collins (Castiel on The CW’s Supernatural) and Michael Sheen (Amazon Prime’s Good Omens), they were introducing viewers to their Super Good initiative (more on that below) to help raise funds for homeless relief to those in need, especially those impacted by the COVID-19 pandemic. Two weeks later, and we’re checking in on the duo only to find that they’ve hosted a recent livestream.

It begins off with a great surprise (one that throws down the gauntlet hard to Collins for the next session): Sheen rocking some smooth Castiel cosplay. Which means Collins needs to start working the dye on now for Aziraphale. Over the course of 45 minutes, Collins and Sheen discuss how having such dedicated respective fanbases can be useful in rallying turn out for a good cause, how the pandemic has impacted productions in different countries, and how COVID-19 continues to push the number of homeless in several countries to red-alert levels.

Heading again to some serious and important business, there are three things that Collins and Sheen have in common. Both play or have played angels in their respective series (Castiel and Aziraphale), both of them have series expected to return soon. For Sheen, it’s Prodigal Son, where’s he’s definitely not an angel (and we can always hope for more Good Omens). The third thing they have in common is their desire to offer homeless relief to those in need, including those affected by the COVID-19 pandemic.

Misha and Sheen teamed up for the Super Good campaign, where fans can head over to their Stands site (here) to buy t-shirts like the ones you see below or other cool merchandise (like Katee Sackhoff’s “Frak COVID” Face Mask), and the best part is that 100% of the profits go to charities like Meals on Wheels COVID-19 Response Fund. 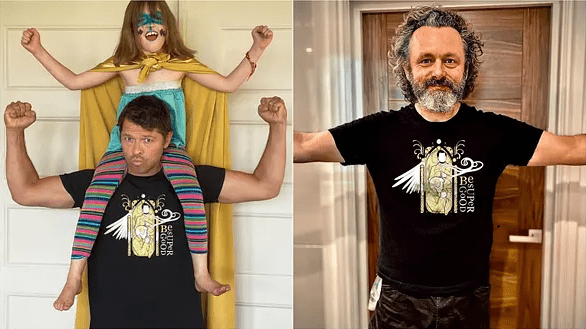 Supernatural Cast on The Journey Coming to An End

Though news of the show’ was announced in March 2019 (with Collins via Instagram post, which you check out below), Ackles and Padalecki did their part to get viewers through the grieving process a month later, taking the stage at VegasCon 2019 to explain that the decision to end the series was a “community decision” and not influenced by the network or the studio. In the video below (starting at the 28:35 mark), Ackles wanted the crowd to know that the decision was one they had discussed for quite some time now, saying, “It wasn’t an easy decision. It was months and months, if not years, of discussion between he and I, between the rest of the cast, between the crew, between our writers, between our producers, between the studio, between the network. Nobody wanted to see this show fizzle out.” 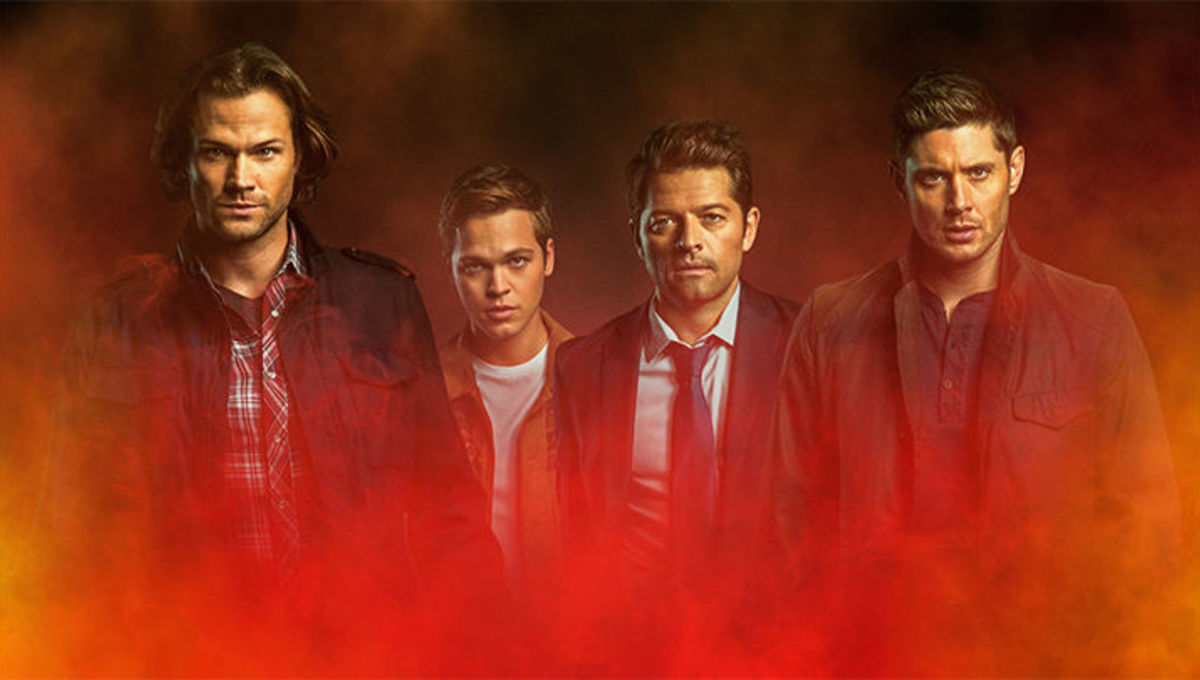 For the Supernatural cast, it was a matter of knowing when the right time was to leave. Ackles says it was important to find that right balance between not staying around too long and giving yourself enough time to tell the story that fans deserve: “I think that it was everyone wanting to do the biggest service to the show that we could by going out strong. It just seemed like the writing was kind of on the wall as to when that was happening. Everybody kind of felt that it was coming soon, and so it was just taking that leap of faith of going like, ‘Well guys, let’s get out the paint and paint that finish line because what we’ve accomplished is unlike any other.'”