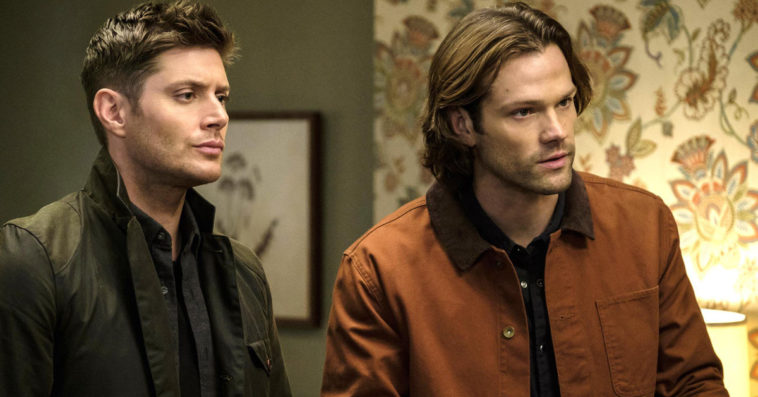 The Winchesters encounter alternate universe versions of themselves that may be the key to thwarting God’s plans in the series finale.

In the latest episode of Supernatural, Sam & Dean encountered alternate versions of themselves with a drastically different upbringing. While these doppelgangers seemingly exited the show by the end of the episode to go to Brazil, could this set of Winchesters end up helping the pair during the series finale?

“Destiny’s Child” starts off with the Winchesters seeing their alternate reality selves teleporting into the armory inside of a Fiat while “I Want You” by Savage Garden plays. The alternate universe Winchesters don’t stay for long as they’re immediately teleported back to where they came from. Yet, as Billie elaborates, the boys were escaping the destruction of their universe by God. The alternate universe Winchesters resurface later trying again to enter this reality, but they’re stuck between worlds. The two brothers appear like ghosts on a wall trying in vain to break through the barrier keeping them in place. Once they’re let loose, the differences between the AU Winchesters and the mainline ones are made apparent. 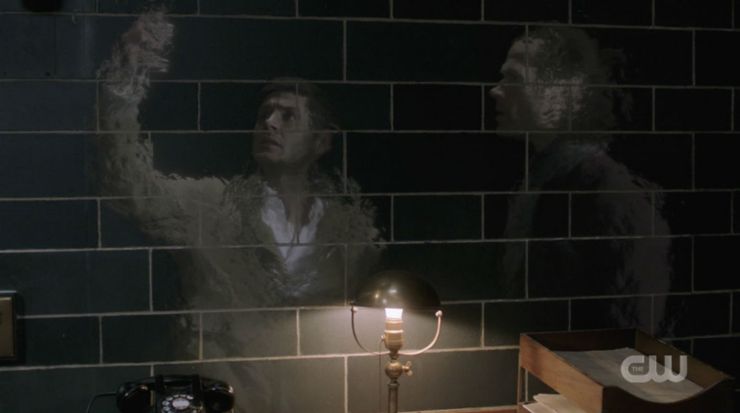 The AU Winchesters lived a posh lifestyle owing to their still-alive father, John, spoiling them and turning the financially struggling hunter job into a global business empire known as “Hunter Corp.” Instead of plaid shirts and craft beers, the AU Winchesters were sipping scotch, wearing lavish clothes, and flying on private jets. Yet, what shocked the mainline duo the most was that they actually got paid for hunting monsters. Though AU Sam’s man bun was equally shocking.

While Sam and Dean went out to retrieve a mystical artifact, their alternate counterparts stayed at the bunker posing as them in case God showed up. At first, the two lament how simple Sam and Dean’s lifestyle seems to be, yet they soon realize how independent the boys really are. AU Sam & Dean lived a life full of privileges thanks to their father and haven’t fully emerged from his shadow. This sense of freedom and lack of fiduciary responsibilities is what the AU Winchesters crave. When the OG Winchesters returned successfully from their mission, their alternate counterparts ask if they can remain at the bunker. Dean quickly dismisses this as far too “weird” and angrily shoves them off to Brazil when he discovers they drove Baby. 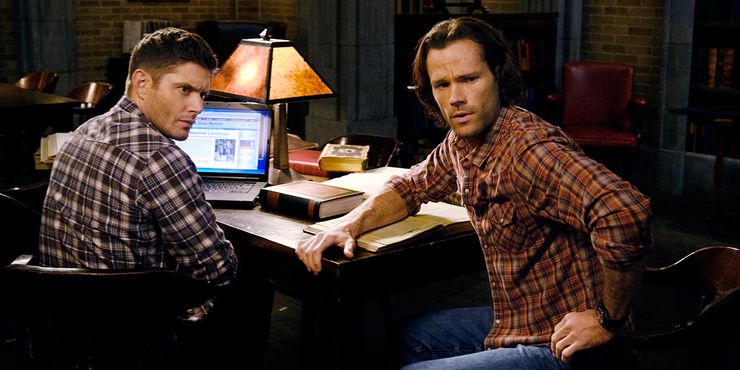 Though this episode was mostly about Jack and the role he’ll play in the upcoming conflict, the AU Winchesters still remain on this earth. Throughout the series, there have been multiple versions of the Winchesters scattered across the multiverse. The OG Winchesters visited a world where they were mistaken for their real-life actors and plenty of worlds where the apocalypse came to pass. And even though God is wiping the slate clean on the number of worlds in the multiverse, AU Sam and Dean can’t have been the only ones to have escaped God’s wrath. Is Supernatural preparing for a “Crisis on Infinite Earths” style event that will see multiple versions of the Winchesters teaming up to fight God/Chuck?

While it’s highly unlikely we’ll see that kind of event for the series finale, Supernaturals’ co-showrunner, Andrew Dabb promised the ending will be definitive. Supernatural co-stars Jensen Ackles and Jared Padalecki promised there will be a lot of ugly crying by the show’s finale.

The fifteenth season of Supernatural is a celebration of the long-running series and the characters that made it must-watch television. There have been a lot of callbacks and references to past seasons, and there will be a lot more by the show’s end. Supernatural has always been about finding beauty even in the darkest of times. AU Sam and Dean could possibly return by the series finale, but they’ll be distracted for a while by the beaches and women in Brazil.