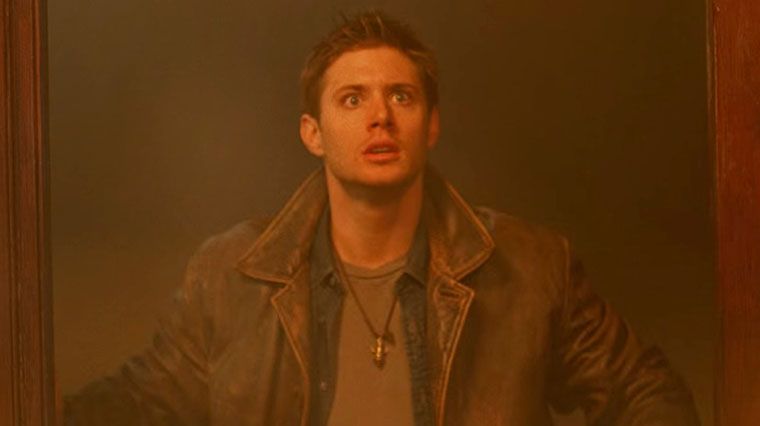 Jensen Ackles and Jared Padalecki are looking back on the start of Supernatural, when things got a bit heated.

With Supernatural Then and Now, a rewatch podcast hosted by cast members Rob Benedict and Richard Speight Jr., fans are getting a chance to relive all 327 hours of the beloved CW series, which aired its final episode last year. And the podcast is kicking things off with a bang.

The first two podcast episodes, which look back on the pilot and “Wendigo,” feature series stars Ackles and Padalecki talking about everything from the casting process to the filming of specific scenes. And there’s one tidbit that stands out: During one of the final scenes of the pilot, when Sam (Padalecki) returns home to find his girlfriend, Jess (Adrianne Palicki), on the ceiling, the actors reveal that they used real fire for the moment when the ceiling (and then room) is engulfed in flames and Dean (Ackles) busts in to save his baby brother.

Padalecki and Ackles recall shooting the scene on what they call “a sitcom set,” which means the bedroom was fully built, minus one wall where the camera was. “They don’t do this these days, I don’t believe, but we actually shot the wide angle that [director David] Nutter wanted of Sam laying down on the bed with live fire inside the sound stage,” Padalecki says, noting that there were fire trucks waiting off to the side to extinguish the flames.

As for the actors, they remember being told, “As soon as you get warm, run,” Padalecki says, adding the note they were given was something along the lines of: “Give us what you can, but as soon as you feel unsafe or hot, get out of the fire.”

Ackles recalls a specific take in which Padalecki was a bit too in the moment and was fighting against Dean, who was trying to pull him out of the room. Ackles remembers telling Padalecki, “I’m getting hot, we gotta go!”

For more, check out the first two episodes of Supernatural Then and Now.

My name is Damyan Ivanov and i was born in 1998 in Varna, Bulgaria. Graduated high school in 2016 and since then i'm working on wordpress news websites.
Jared Padalecki, Jensen Ackles, News, real fire, Supernatural, TV Series