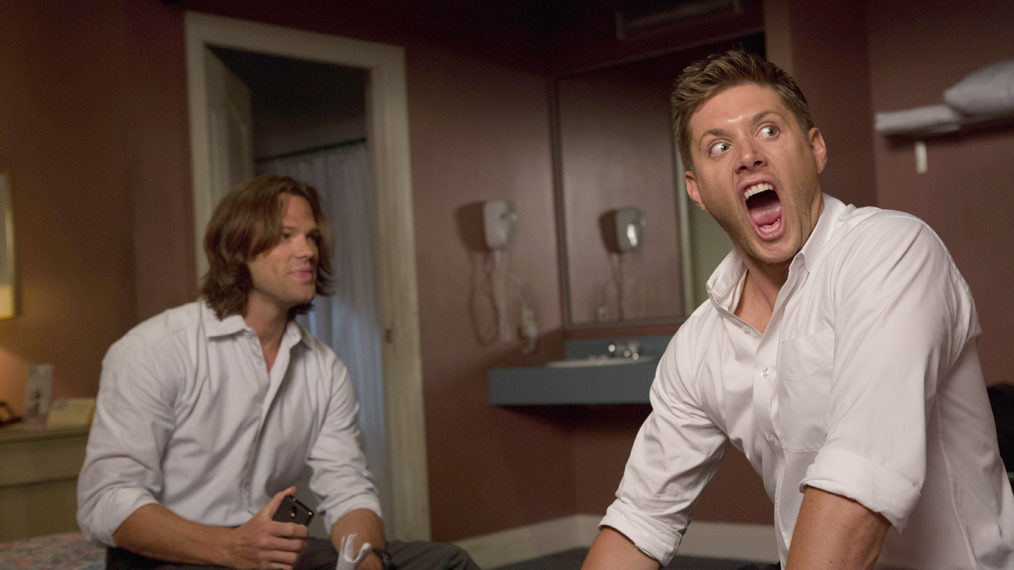 If you’ve seen even one Supernatural blooper reel over its 15 seasons, you know Jared Padalecki (Sam Winchester), Jensen Ackles (Dean Winchester), Misha Collins (Castiel), and the guest stars had quite a bit of fun on set.

Scroll down for some behind-the-scenes photos from the drama’s Vancouver set and intel from Ackles, Padalecki, Collins, Felicia Day, and Ruth Connell! 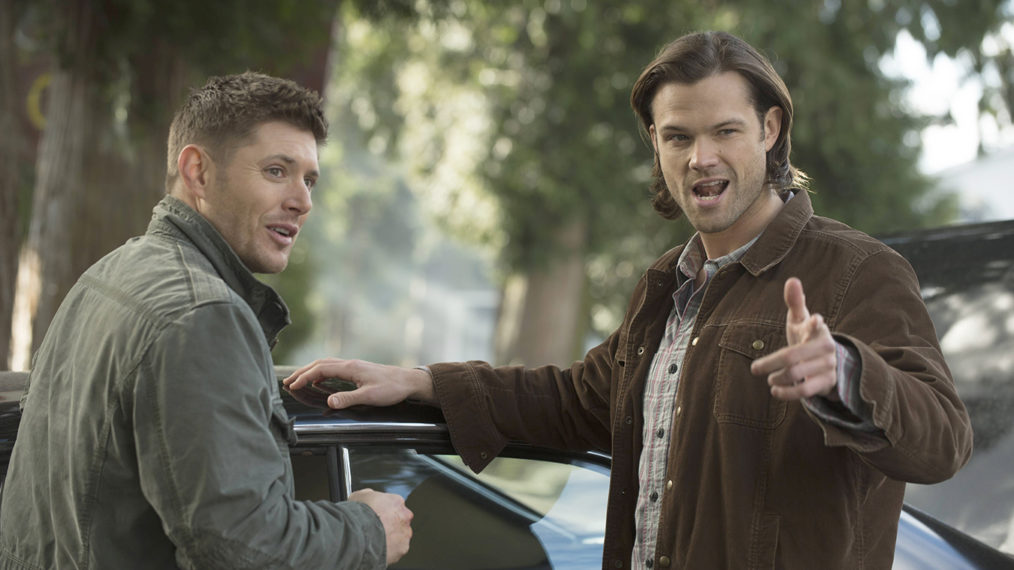 The secret to Jensen Ackles and costar Jared Padalecki’s Supernatural chemistry? They “treat each other like brothers,” says Ackles (left, with Padalecki during Season 9’s “Meta Fiction”). Padalecki agrees: “We have that depth to our relationship, and I’m sure it manifests onscreen.” 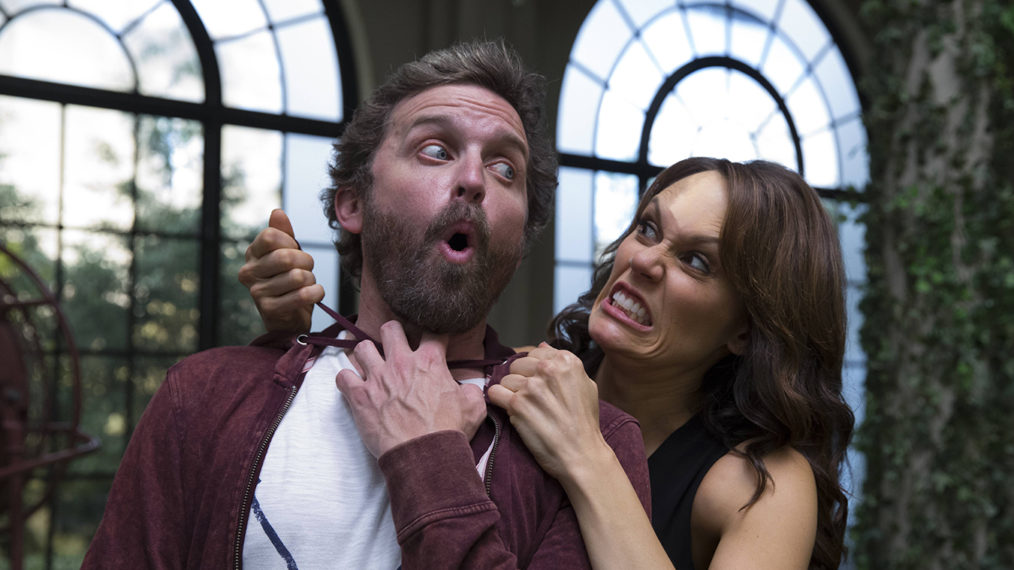 Sam and Dean weren’t the only siblings who butted heads, as we saw with God and his combative sis Amara (Rob Benedict and Emily Swallow). The animosity was only for the cameras, but Benedict and Swallow faked a tense moment while shooting Season 11’s “Alpha and Omega.” 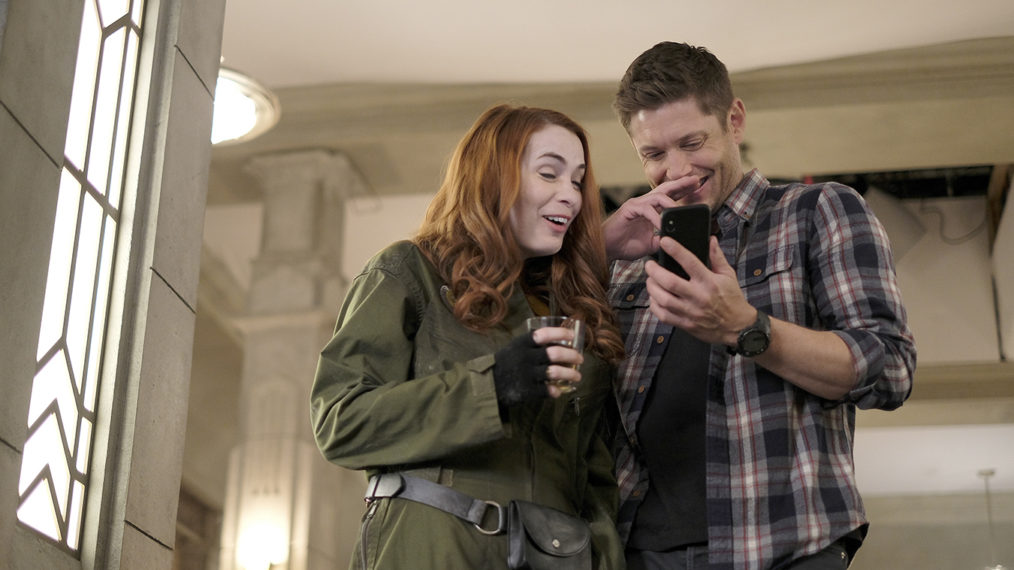 Felicia Day, in costume as alt-world hunter Charlie Bradbury, goofed off with Ackles during Season 13’s “Exodus.” She credits him and Padalecki for the set’s fun, friendly vibe: “They make you feel seen and appreciated.” 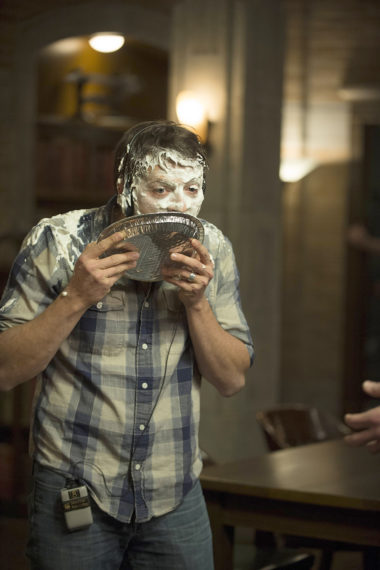 Nothing says “congrats” like two pies to the face! After Misha Collins directed Season 9’s “Mother’s Little Helper,” both Padalecki and Ackles smashed him with sweets. “It was like feeling that I had a friend and having that ripped out from under me,” Collins says with a laugh. 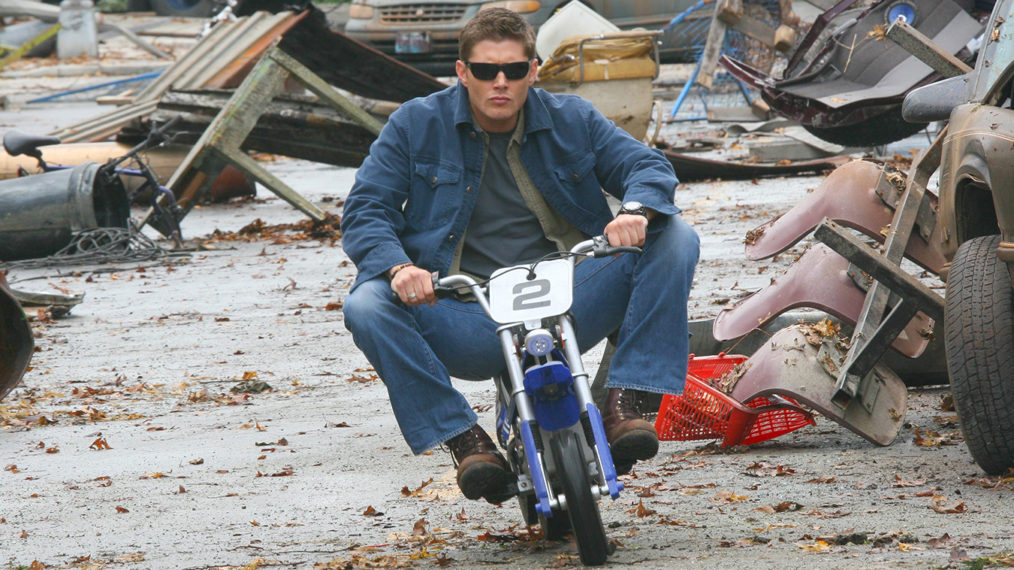 Was Dean’s supercool 1967 Chevy Impala in the repair shop or something? Ackles — who once said he had a dream that Dean would ride off solo on a motorbike in the series finale — tooled around the set on an itty-bitty bike during Season 5. 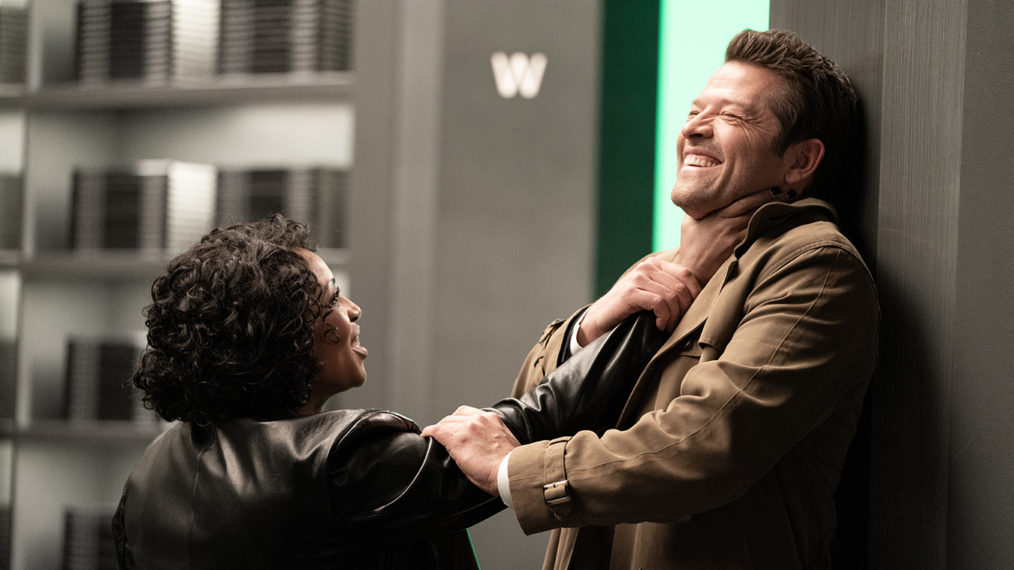 After the series wrapped, Collins (sharing a laugh with Lisa Berry, aka reaper turned Death Billie, in Season 15) kept the coat that his character, Castiel, often wore. But emotional goodbyes with the cast distracted him from swiping much else, he says: “I should’ve spent [time] pilfering!” 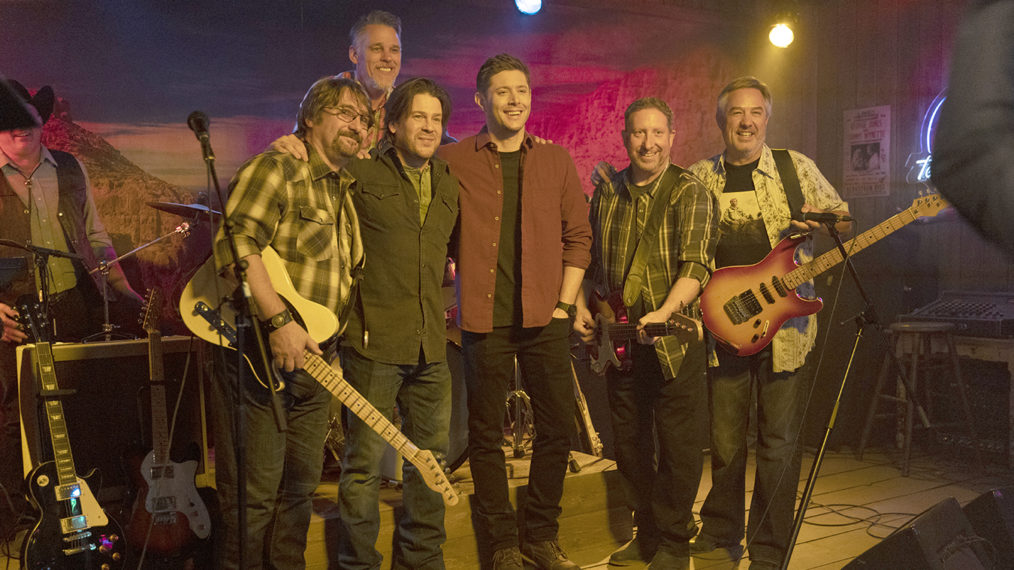 The Impalas — a band made up of the Supernatural crew — performed at the show’s 100th, 200th and 300th episode parties and in Season 15’s “Last Call” episode with Ackles (above center) on vocals. For that, he did a rendition of the theme from The Dukes of Hazzard, “Good Ol’ Boys.” 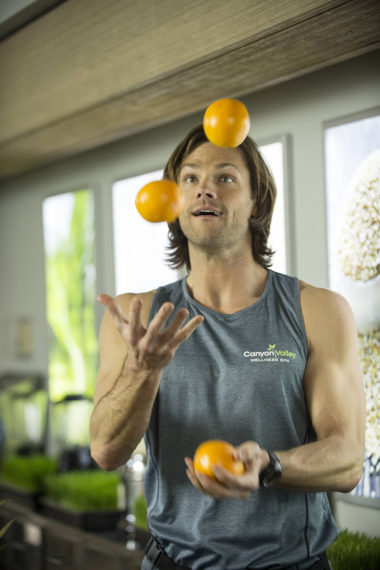 Orange you glad Padalecki is a man of many talents? While filming Season 9’s “The Purge,” in which the heroes go undercover at the Canyon Valley Wellness Spa, the actor kept busy between takes by juggling citrus. 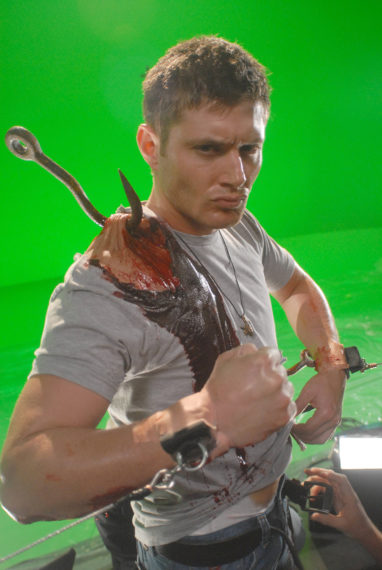 Ouch! Ackles’ Dean died and was tortured in Hell in Season 3 before being resurrected by Castiel. He mugged to capture the moment. 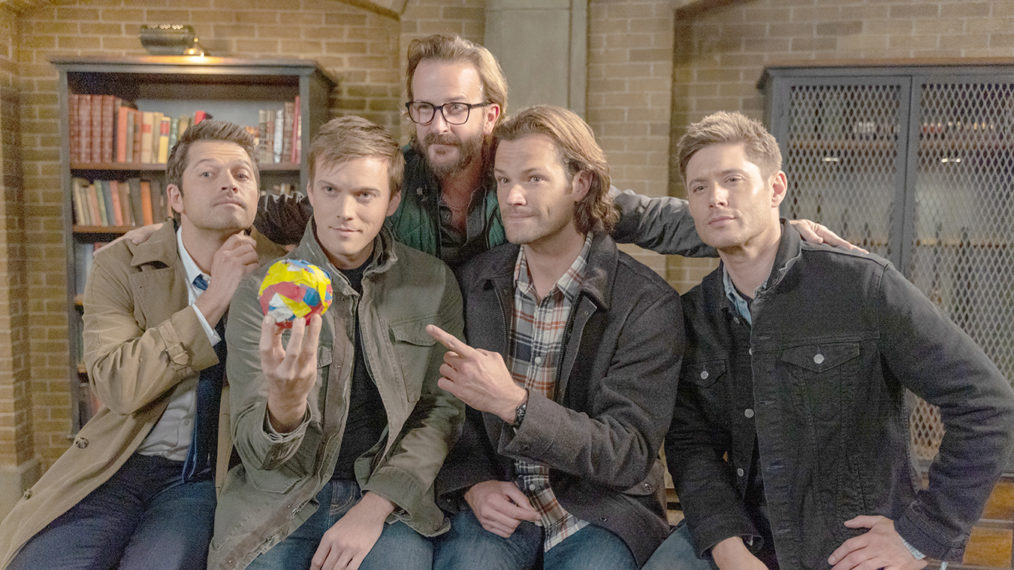 They had a ball (for a good cause)! Each season, the Supernatural team took colored tape used as actors’ set markers, rolled it together, signed it and auctioned it off for charity. Collins, Jake Abel, Richard Speight Jr., Padalecki and Ackles posed with the final sphere. 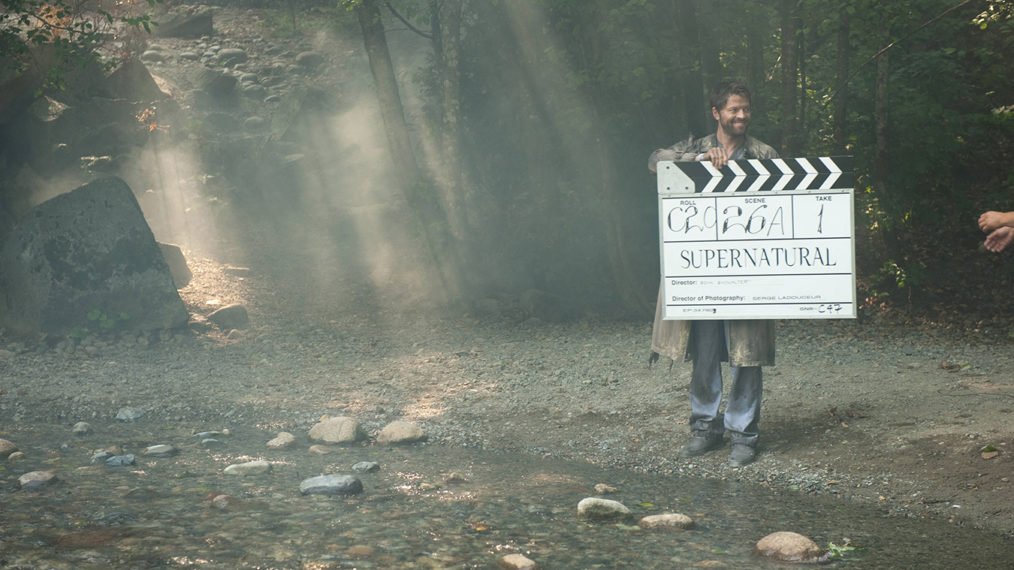 But what they really want to do is direct: Though Ackles assumed helming duties for Season 8’s “Heartache,” Collins played around with the oversize slate. Fun fact: Ackles directed six episodes during the course of the series. 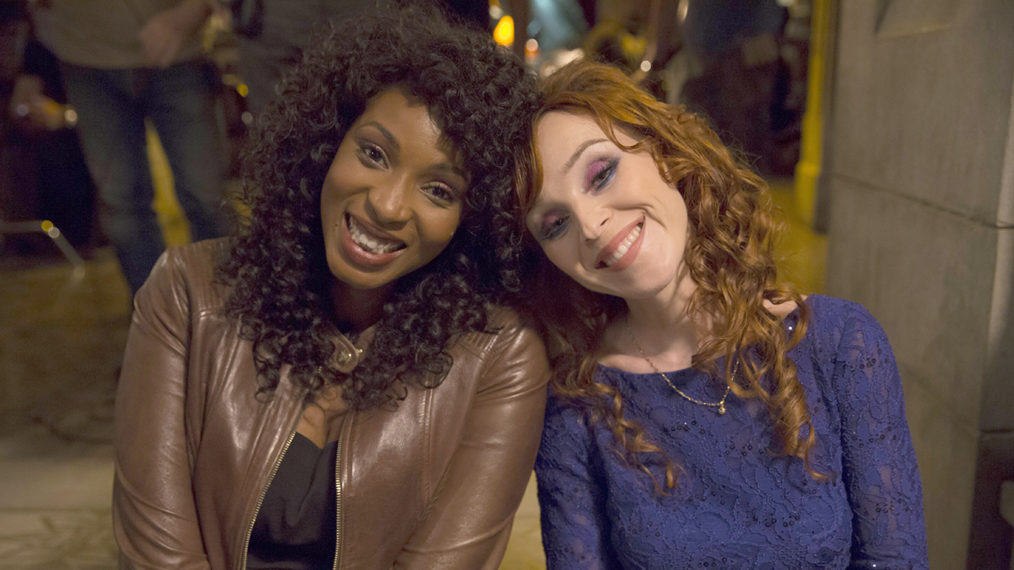 Ruth Connell, aka witchy Queen of Hell Rowena (right, with Berry during Season 11), says her best memories are bonding with the cast and crew of Supernatural off-camera: “So many hours of great conversation in the hair and makeup trailer. So much joy. I love them all.” 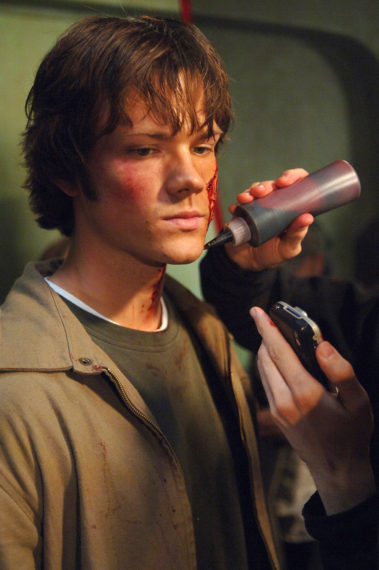 A baby-faced Padalecki (getting a bloody touch-up during Season 1) says the initial episodes of the series remain among his all-time favorites. “There was just so much promise, so many unknowns,” he says.

Working with Ackles for 15 seasons was a real, um, scream, according to Padalecki (left, with his costar, who hammed it up on a break during Season 8): “Sam to some degree doesn’t exist without Dean. It was an honor for me to play the reluctant hero, with Jensen as a swashbuckler.”