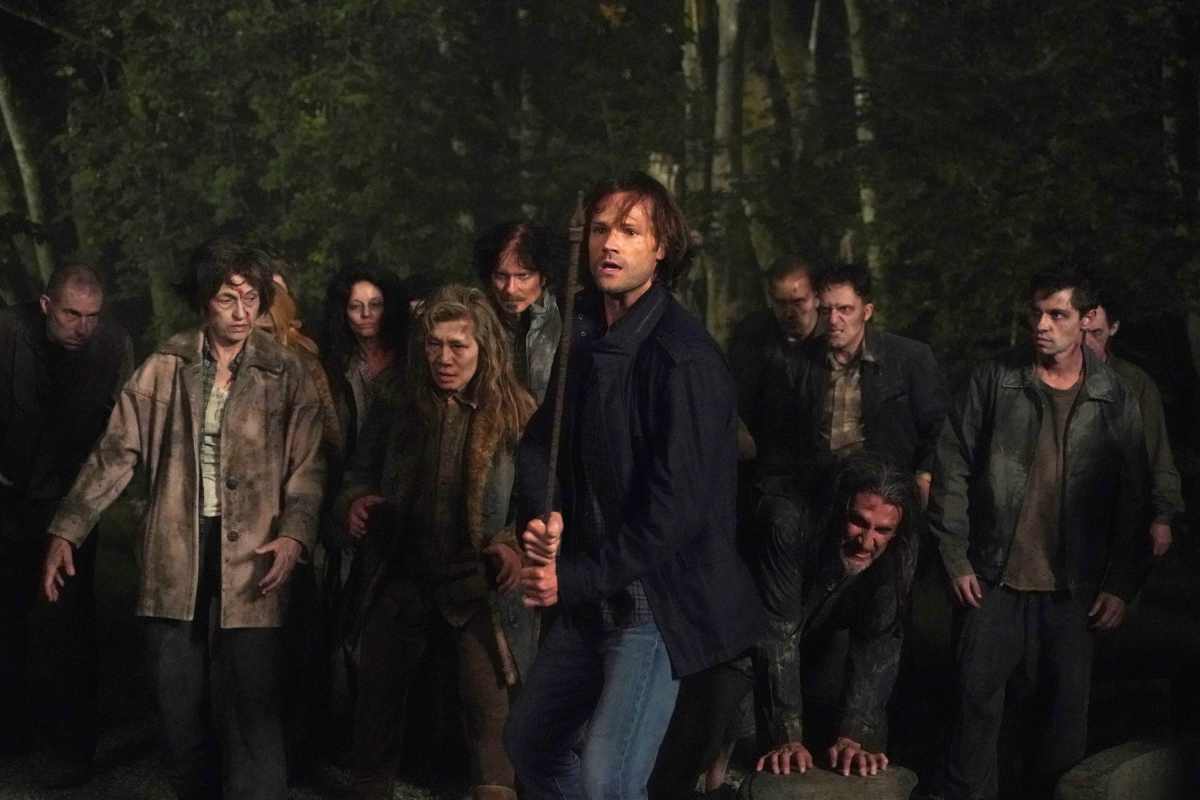 Supernatural’s last hurrah begins in just a matter of days, and it sounds like a fan-favorite will be a part of that. Over the weekend, The CW released a synopsis for “The Rupture”, the third episode of the show’s fifteenth season. The synopsis teases The Winchesters working together with Rowena (Ruth Connell), as they attempt to stop the apocalypse that God caused.

“AS IT IS WRITTEN – Sam (Jared Padalecki) and Dean (Jensen Ackles) together with Rowena (guest star Ruth Connell) work tirelessly to keep all of hell from breaking loose. Castiel (Misha Collins) cannot forgive an arrogant betrayal.

After initially being introduced in Season 10, Rowena went from a Big Bad to a surprising ally for the Winchesters.

“I love that chewing the scenery. I just saw some of an episode in ADR and there’s always a moment where Rowena can chew scenery; she’ll always find one at least,” Connell told ComicBook.com in an interview last year. “Towards the end of season 10 and a director said to me, ‘I love the naturalness that’s coming through.’ It’s so fun. Supernatural’s so fun. You get to do comedy, you get to do pathos, you get to do silly conversations, you get to do epic battles, you get to do everything. It’s just so brilliant as an actress to get the chance to at least try out those different levels. They make it look easy, you know? The boys make it look easy. It takes something to do it. I’m so gad I get the chance to try. I’m never afraid of chewing a bit of scenery if it works out. I think that comes with Rowena. Part of the joy.”

The synopsis also hints at a betrayal for Castiel (Misha Collins), which some have speculated could have to do with his deal with The Empty.

“I think given what’s happened at the end of last season to Jack…the last thing Cas is worried about right now is [making good on that deal],” co-showrunner Andrew Dabb said in a recent interview. “But it is something that’s going to come back for us this season. As we saw at the end of last season, The Empty is there. The Empty is one of our probably four cosmic players in this universe. He’s going to have a say.”

Supernatural’s final season airs Thursdays at 8/7c on The CW. “The Rupture” will air on October 24th.