The Supernatural family lives on… in more ways than one.

Not only did Jensen Ackles reunite with his onscreen brother of 15 years, Jared Padalecki, to direct this week’s episode of Walker, but when he spoke to EW, he was in the middle of another big moment: seeing the pilot of The Winchesters get made.

“I’m sitting in a car on set watching takes from the front seat,” Ackles says with a laugh. “We just did a huge stunt.” (For a Supernatural show, that sounds about right.)

This week’s Walker will also feature a number of Supernatural Easter eggs — most notably, a performance by the band Kansas, whose “Carry on Wayward Son” became the unofficial theme of the show over the course of its 15 seasons. As fans know, Kansas was originally supposed to perform in the Supernatural series finale before COVID restrictions forced a rewrite. Now, Padalecki and Ackles have finally been able to make that happen.

Read what Ackles had to say about it and check out exclusive photos below. You’ve directed on Supernatural, but what was it like for you to walk onto a new set and take on that role?

JENSEN ACKLES: Well, look, it was still a friendly set. [Laughs] Jared had laid the groundwork of like, “This is my brother. I’m here because of what he and I built together.” He gave a great speech to the whole crew, saying, “We wouldn’t be here without the work that this guy did with me.” I was vouched for by the commander-in-chief, so although I was a guest in someone else’s house, it was a house that felt very welcoming.

You’ve obviously seen Jared play a number of characters on Supernatural, but what was it like to see him in such a different setting, playing a character he’s said is more of a Dean than a Sam?

Funny enough, I feel like Walker is probably more like Jared than Sam was, not necessarily in actual character development, but just in mannerisms and reactionary things, the nuances of what Jared’s doing. I think this feels a little closer to him, which is great because who knows him better than him? It was fun to get back into the shorthand with him with performance notes, with technical notes. I can even use a reference to a movie and he knows that I’m actually giving him a note. There’s nobody else I can do that with. He and I have that, and we’ll always have that. That’s not something that fades away.

How did the Kansas performance come about? Did they just call you up one day and say, “P.S. We have Kansas”?

Basically, yeah. They were like, “We’re writing that script right now, but we just found out Kansas is actually going to be in Austin playing one night and it happens to be three days before you start working.” So I was in prep and basically they broke the main unit early on the previous episode so that they could do a full company move over to the Moody Theater in downtown Austin and we could set up and shoot, essentially, a rock concert. So I shot that while in prep, and then a couple days later we started rolling on principal photography for me. 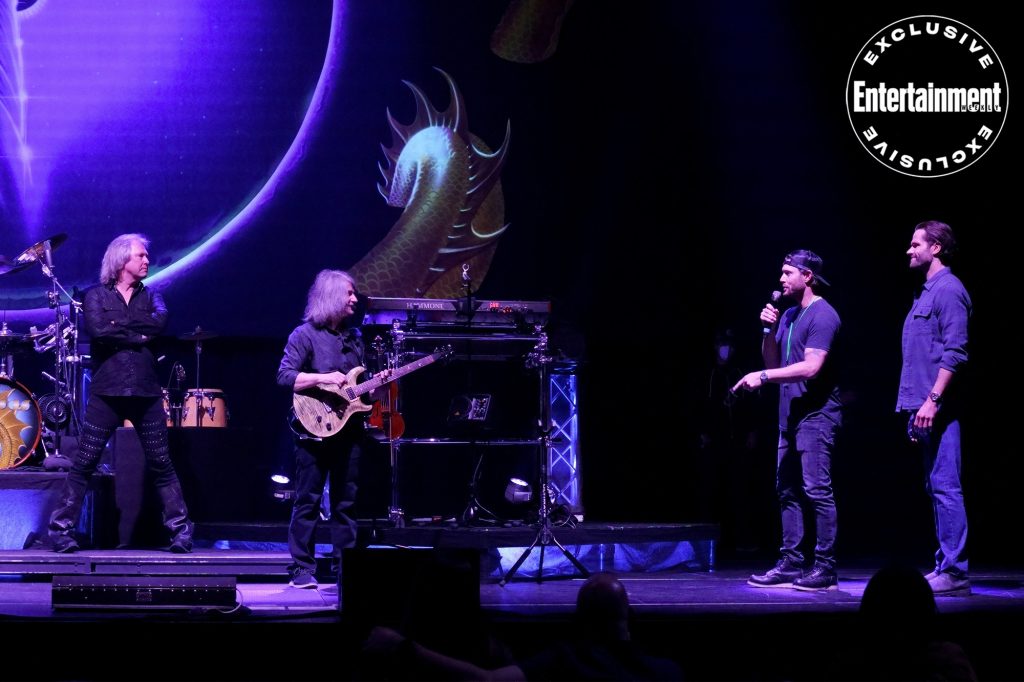 How did you prepare?

I basically went back and watched a bunch of rock concerts to see how they were directed and then got with my DP, Peter Kowalski, who, funny enough, was the A camera operator from Dawson’s Creek. I was like, “PK?!” And he was like, “Jensen?!” [Laughs] I think the first time I ever stood on a surfboard was his in North Carolina. So that was a great reunion, and he and I worked really well together. We spent half a day in the Moody Theater shooting a rock concert with Kansas as our subject. And they were awesome. They were like, “How many times do you want us to do it?” We were like, “Three times max,” and they said, “We can do it three, we can do it five, whatever you need.” They were so accommodating and so cool, as I knew they would be.

Did it feel like a full-circle moment knowing you almost had them in the Supernatural finale?

Yeah, and they were also really excited that they were getting to scratch an itch that didn’t get scratched. I didn’t know this, but they were literally at the airport and some of them were getting on a plane to come to Vancouver when they got called and told, “Sorry, COVID, we’re shutting down.” So that’s how close we were to having that experience with them. The fact that we got to do that in any capacity felt like we got to scratch an itch that needed to be scratched. 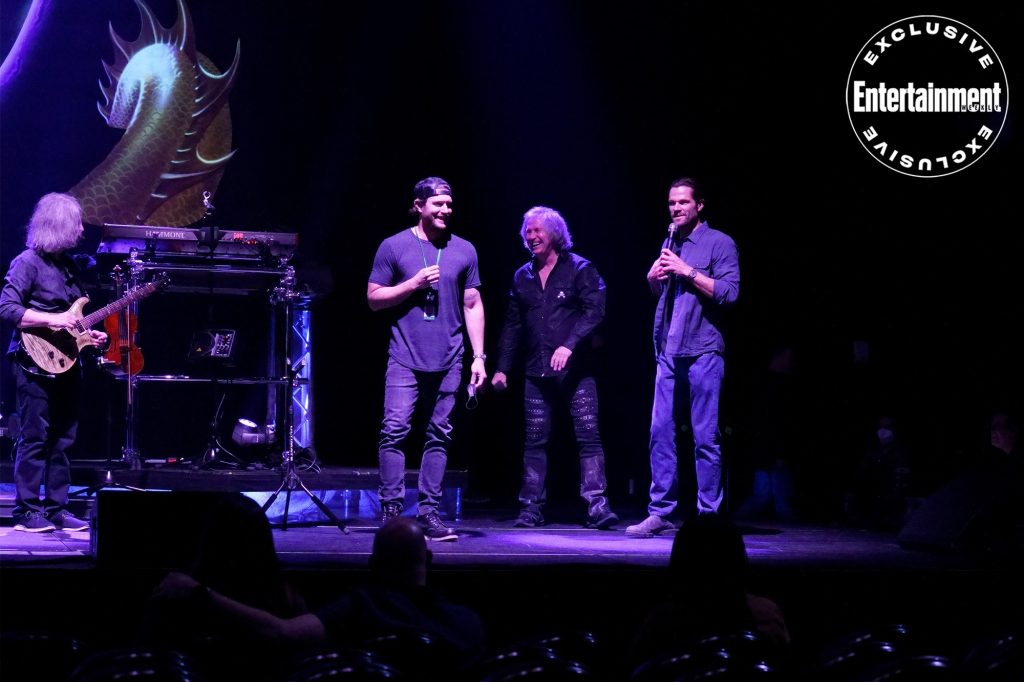 This episode has a couple of Supernatural Easter eggs. Were those written in the script or was that more of a collaborative effort?

A little of both, but here’s why: Katherine Alyse, who wrote the episode, knows Supernatural very well and essentially wrote a lot of Easter eggs. I was either like, “Oh, I can absolutely do that” or, “I can level that up.” We definitely tried to pepper in the Easter eggs when we could.

Walker airs Thursdays at 8 p.m. ET/PT on the CW.