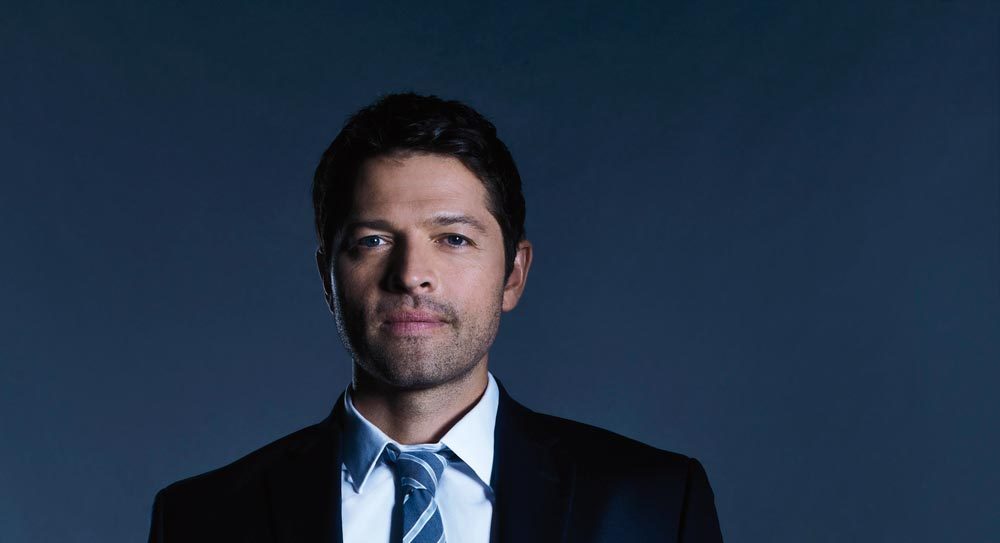 Misha Collins, known for starring as Castiel on the CW show Supernatural, has decided to part ways with a Spanish-style, Moorish-influenced home in the Hollywood Hills, listing it for just under $4 million.

Featuring beautifully arched doorways, wrought-iron railings, natural wood beams and a mix of hardwood and tiled floors, the red-tile-roofed, white stucco residence was originally built in 1926. One of its spotlight features is its direct view of the Hollywood sign (which was erected three years before the house was built and was originally the Hollywoodland sign, put up by a real estate developer of the area). 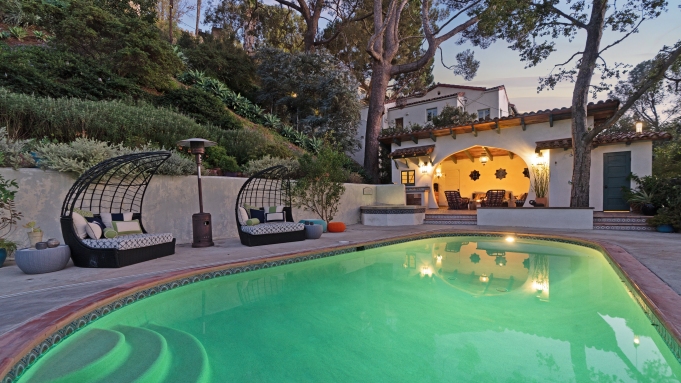 Per public records, Collins — who starred in 2021 in the podcast Bridgewater — and his wife, author and journalist Victoria Vantoch purchased the house in 2012 for $1.4 million. 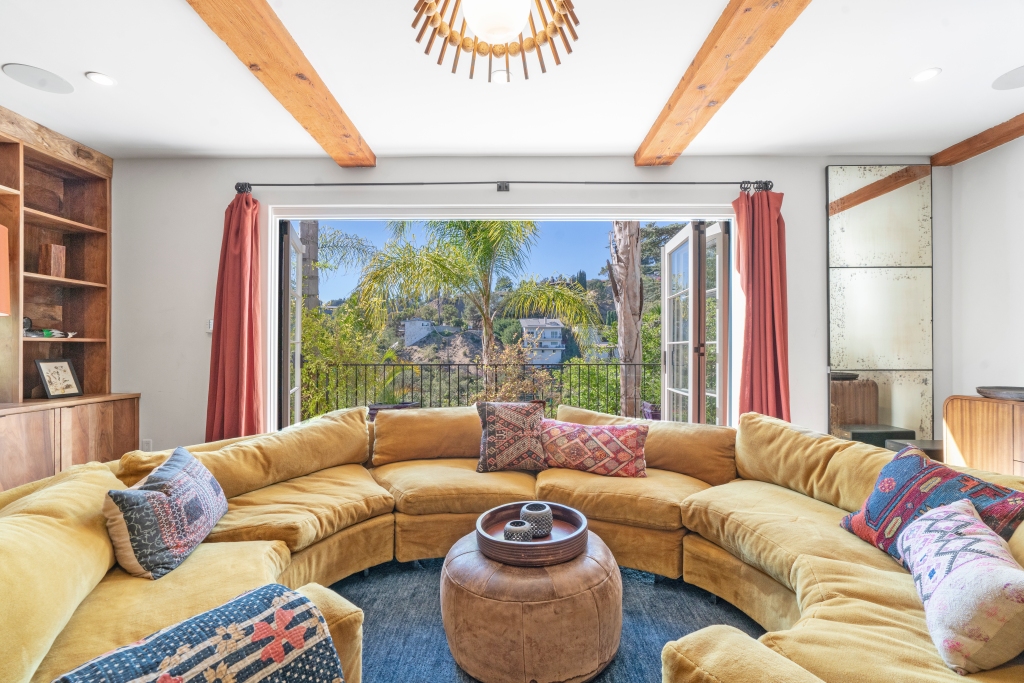 The three-story main house features a main-level living room that opens to the dining room and kitchen, with an eat-in island. On the floor below are a family room, three bedrooms (one is en suite), a meditation room and an office. There’s also a separate one-bedroom guest apartment with a kitchenette and a writer’s cabin on the compound-like property, with total interior living space totaling 3,721 square feet.

Other features include two gas fireplaces, balconies off the primary suite and off the dining area, French doors, a freestanding soaking tub in the primary bathroom, a steam shower, a butler’s pantry, and chef-quality stainless-steel appliances in the kitchen. 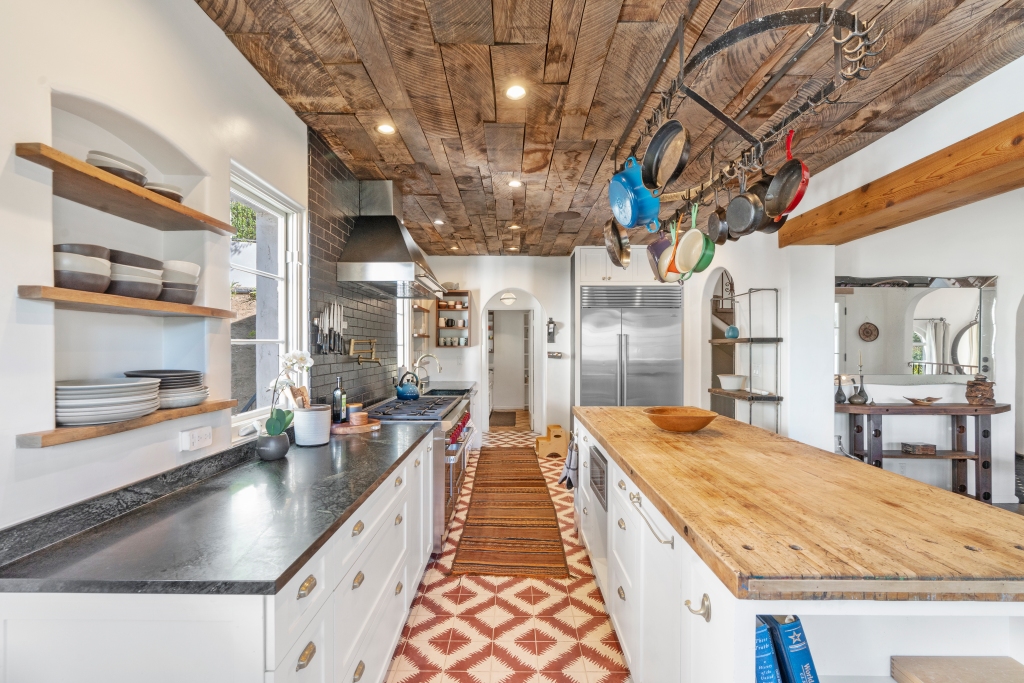 Outdoors amenities include a pool with retractable cover, a hot tub, a cabana with outdoor kitchen, an outdoor shower, a gas fire pit, a vegetable garden with raised beds and a kids’ play area featuring a built-in climbing rope-net, sandbox and slide. The house sits on .64 acres, comprise of three lots. 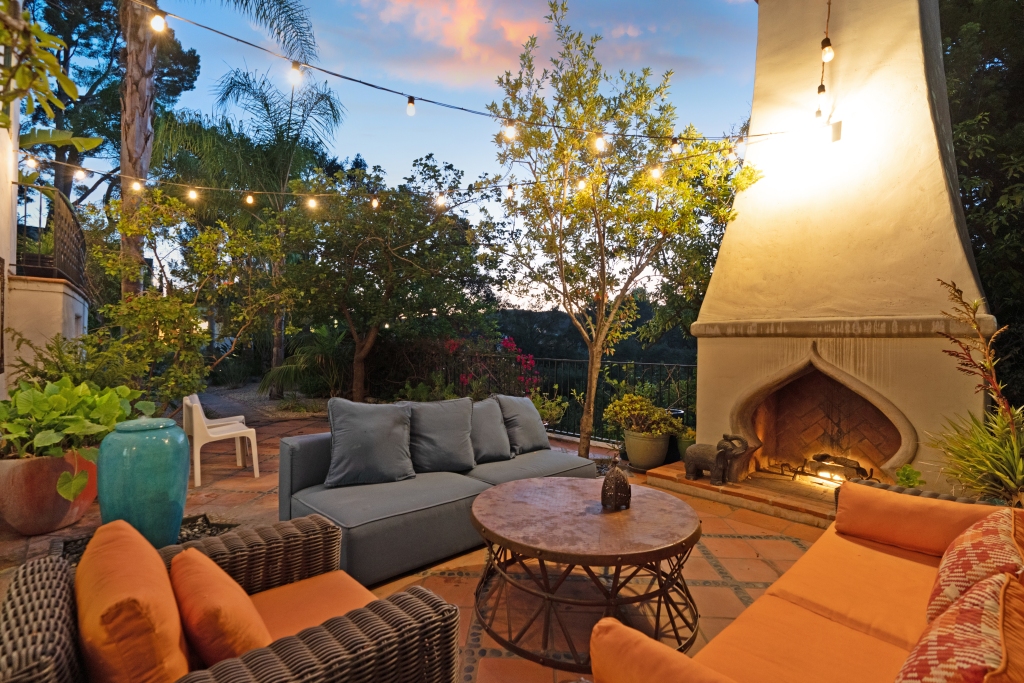 Adds Missig, “The compound is expansive and slowly blossoms as you discover each thoughtfully designed space.”