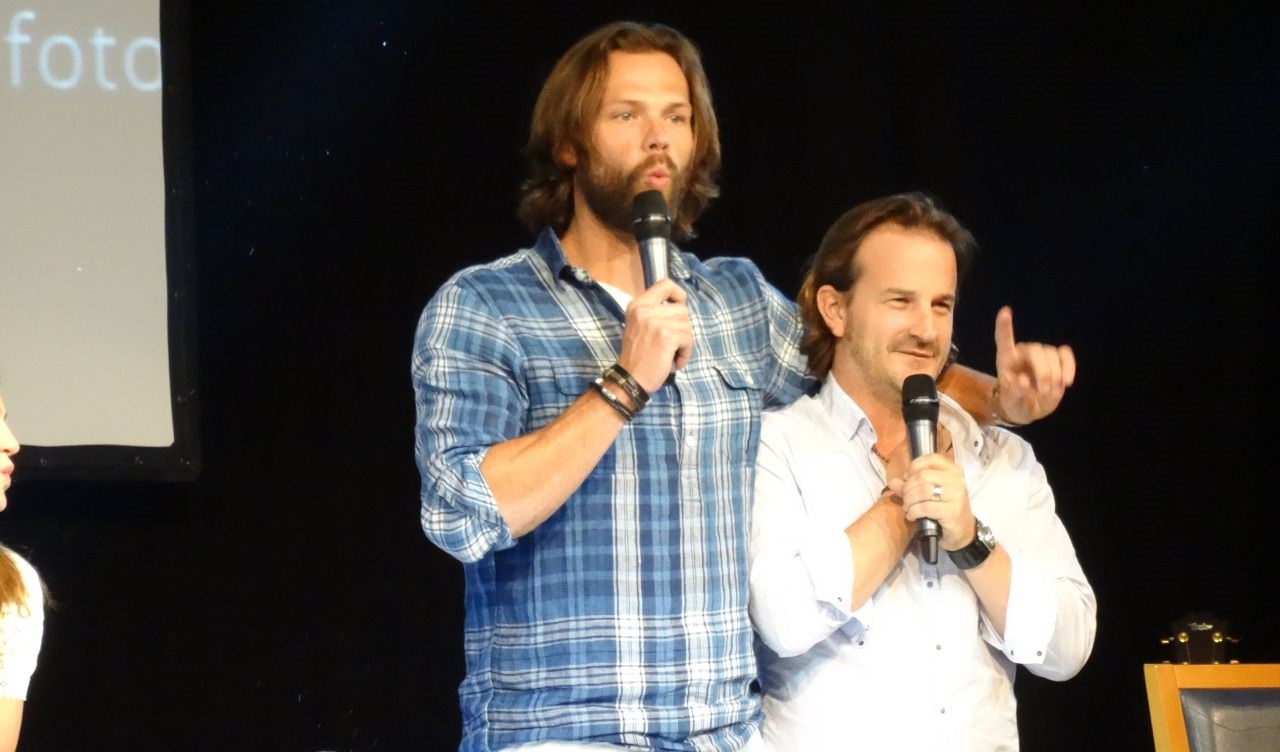 For Supernatural and Walker star Jared Padalecki, 2020 has been anything but boring, on personal and professional levels. On the work side, Padalecki, and co-stars Jensen Ackles and Misha Collins are looking to put the finishing touches on fifteen seasons of the long-running CW series, with the remaining seven episodes set to run this fall. Then it’s right onto the set of Walker, a modern take on Chuck Norris series Walker, Texas Ranger that the CW has penciled in for January 2021. On a personal level, Padalecki is balancing his family life with having to say goodbye to his show family after more than 1-1/2 decades while looking to bond with an entirely new team on a show where he’s carrying the responsibilities that come with being the main lead.\

So it’s nice to see those moments when he gets to loosen up a bit- or in this case, when a show friend takes a moment for a little friendly social media ribbing. Perfect example? Richard Speight, Jr., who portrayed the archangel Gabriel and the deity Loki on Supernatural, who decided to engage in a little mischief when he commented on Padalecki’s wife Genevieve’s tweet showing her husband rocking a full beard (quarantine or is he going bearded for Walker?). Let’s just say that Speight, Jr. viewed the image a little differently:

For Charlie Manson to get away from my child. https://t.co/Cddrxqj0bL

Full disclosure? That was funny. Damn funny. Now while being compared visually to a murderous madman doesn’t exactly rank high on our list of people we want to be told we look like, Padalecki took the comment for what it was: jealous. So being the better person, he extended an olive branch to Speight, Jr.- if he learns to play nice:

Play your cards right and I’ll let you run your fingers through my beard when this is all over https://t.co/IGdRpS0GaA