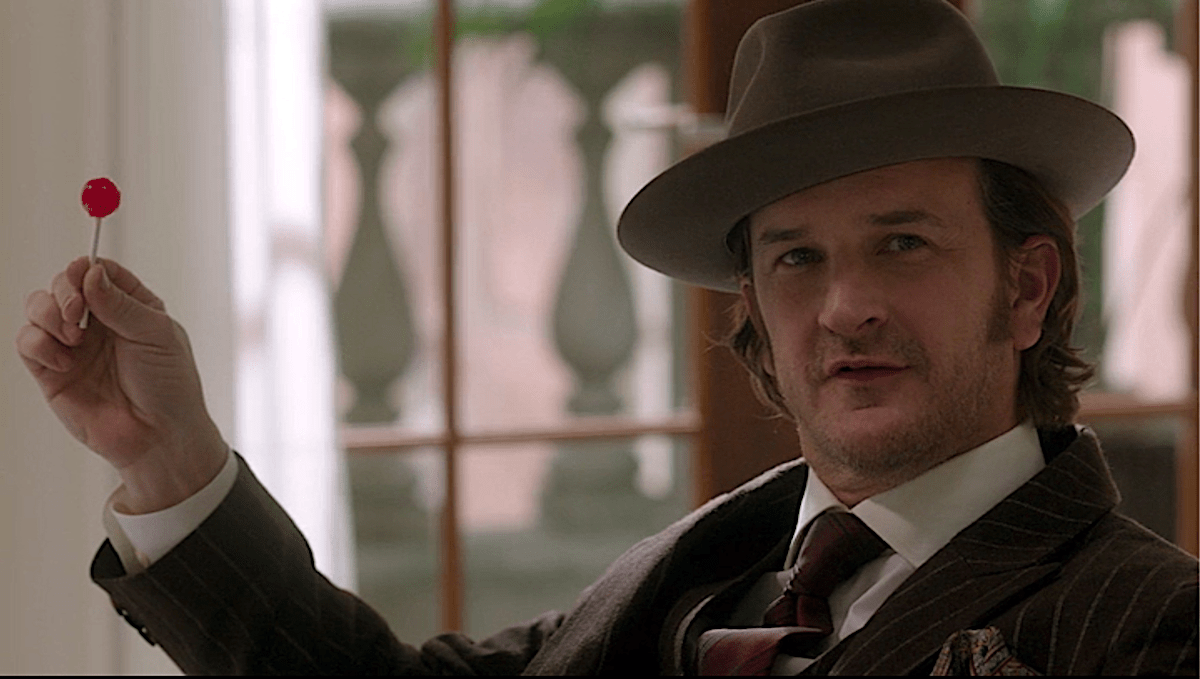 Richard Speight Jr. is a man of many hats. The actor and director played the archangel Gabriel on The CW’s beloved monster-hunting series “Supernatural” and directed no less than four episodes of its 15th and final season this year. But while most people were hunkering down in quarantine, he was making a music video with his band, Dick Jr. & The Volunteers.

The song, called “Goin’ Straight” (“to the bottom of the bottle,” that is) is off of the band’s debut 2019 album “The Dance and How to Do It.” You might have heard it in “Supernatural’s” midseason finale episode, “Our Father, Who Aren’t In Heaven,” back in December. Watch the music video, premiered exclusively by TheWrap, below.

A cheeky ode to drinking, the song was co-written by Speight and his bandmates Emma Fitzpatrick and Zachary Ross. The idea came about when Fitzpatrick pulled Speight aside at a show and sang the line from the second verse: “A little whiskey gonna pick me right up/ I’m tired of singing the blues.”

From there, a Johnny Cash and June Carter-style duet was born. Speight’s opening verse, “I got a pal named Mezcal/ we gonna tie one on,” followed, and before they knew it, “We had ourselves basically a toe-tappin’, bar shufflin’ drinking song,” Speight told TheWrap.

Though Fitzpatrick takes a flame to a photo of Speight in the video, he says the fun little number is meant to be a joking love song.

“Oh, they’re in a scrap now, but they’re going to make up when the song is over,” he assured us.

Speight directed the video and cut the whole thing together himself.

“It was as DIY as you can possibly D and IY,” he said.

He means that, too. The scenes where Ross plays electric guitar in the street were filmed by his girlfriend, Mary, who duct-taped an iPhone to the front of their Prius and drove forward and backward to get the shots.

Some of the band members’ children also helped out. Those are Moran’s daughters you see dressed up as a barmaid and a sheriff in the video — plus, Speight’s three sons, Steve, Fletcher and Frank, also helped him shoot those tricky underwater parts. The scene at the end shot in reverse where Speight jumps out of the water and catches a drink in his hand? That took multiple days of repeatedly falling into a pool while his youngest son manned the camera.

“I thought, well, I gotta do something to keep myself from going nuts, and this could be fun with the kids,” Speight said. “We’re all in lockdown. Let’s make lemonade out of lemons here.”

From Caroline County Record Company, Dick Jr. & the Volunteers’ album “The Dance and How to Do It” is currently available on iTunes, Spotify, Apple Music, and everywhere music is streamed.