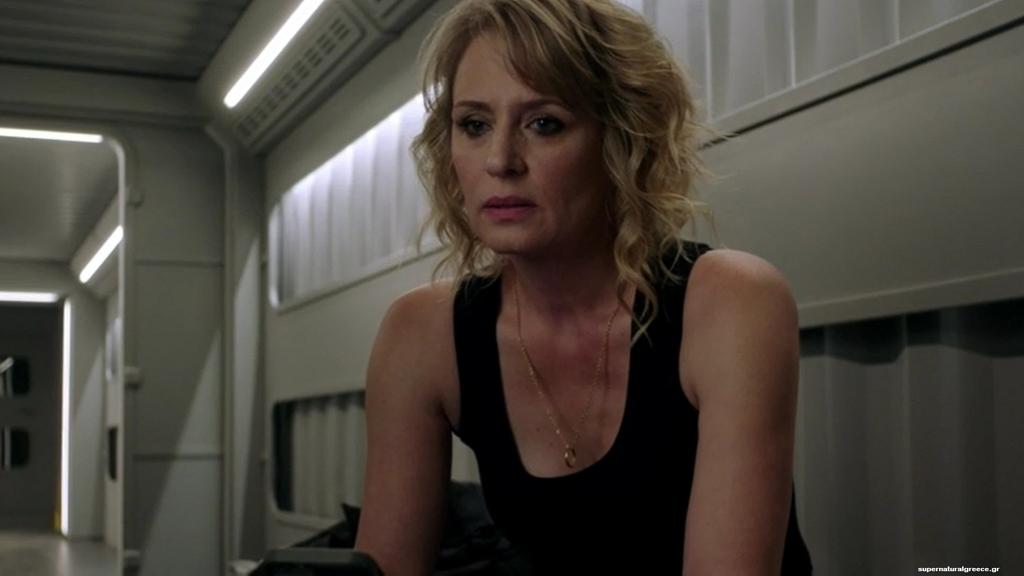 The ‘Supernatural’ actress Samantha Smith revealed to fans on Friday that she’s been “diagnosed with breast cancer” and will undergo surgery soon to have a double mastectomy. The 50-year-old CW star said this is the second time she’s gotten the diagnosis.

Samantha joined the cast of Supernatural as Mary Winchester in the very first episode, which premiered on The CW in September 2005.

She shared the cancer news with her fans on social media, saying: “Here’s the deal. I was just diagnosed with breast cancer. (For the 2nd time, but that’s another story).

“So I’ll have a double mastectomy in a couple weeks, which is fine.

“My prognosis is great. New boobs & no mammograms for life? #SilverLinings!”

After opening up about her own health, she urged followers to look after theirs, revealing that she “luckily” discovered her cancer “with a self-exam” and that everyone should be doing them, as well as seeing their doctors. Sam continued: “Please don’t neglect your health. Get your screenings. If I had waited to seek treatment, who knows what I’d be facing.

“I’m going to be fine. I want you to be fine, too. Look after yourselves.”

She ended her post by promising to keep everyone “posted” on her battle with cancer. 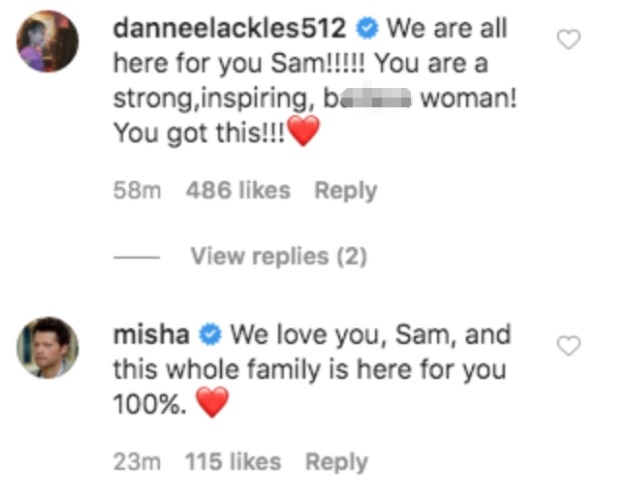 Danneel Ackles — who’s played Sister Jo and Anael in a few Supernatural episodes and is married to one of the show’s leads, Jensen Ackles — sent Sam love and support. She commented: “We are all here for you Sam!!!!! You are a strong, inspiring, bada** woman! You got this!!!”

Misha Collins, who’s been starring on the CW series as Castiel since 2008, wrote: “We love you, Sam, and this whole family is here for you 100%.”

More members of the Supernatural cast reached out to their friend and co-star, including Alaina Huffman (Josie Sands / Abaddon), who tweeted: “I love you Sam. Thank you for being so open and vulnerable about this!”

Felicia Day, who starred as Charlie Bradbury for 11 episodes, wrote: “All my love to my friend @SamSmithTweets who is gonna kick some cancer in the a**.”

Since the pilot episode, Sam’s returned to the series throughout the seasons and years to reprise her role as the mother of Dean (Jensen) and Sam Winchester (Jared Padalecki). The last time she was on the show was in the season 14 episode called Absence, which aired in April 2019.

After 15 years on the air, Supernatural is set to end with its season 15 finale. The CW hopes to air the series finale at some point in the fall, if the show is able to finish filming its final few episodes after being delayed by the coronavirus pandemic.