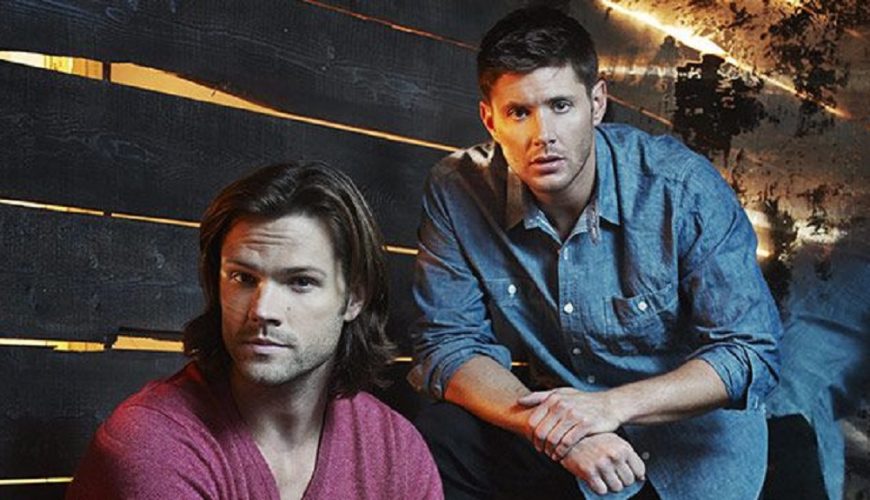 Well, it looks like Jensen Ackles and Jared Padalecki won’t be the only ones making Supernatural noise this week, with Deadline Hollywood reporting that “Gabriel” and “God” (Richard Speight Jr. & Rob Benedict) are teaming up for Supernatural Then and Now, a rewatch podcast series set to launch on January 24.

Each episode will include cast, crew, and producers offering their behind-the-scenes perspective on how the episodes made it from the page to the screen- from the writers’ room to the set- with Ackles and Padalecki appearing in the first two episodes.

Stemming from podcast company Story Mill Media, the podcast will be written by someone definitely in the know when it comes to the long-running series, author Jessica Mason (The Binge Watcher’s Guide to Supernatural: An Unofficial Companion). To give the show even more of an SPN vibe, the podcast will also feature original music from series composers Christopher Lennertz and Tim Wynn.

Supernatural executive producer Bob Singer said, “Rob and Rich are the perfect people to do this. Not only did they play some of the series’ most iconic characters, but they’ve been stewards of the show to the fans for over a decade, hosting popular events and conventions across the country.”

Speight added, “We are incredibly grateful for the support the fans of Supernatural have given us over the years. We’re excited to be a part of this special gift to the fans that will arrive just in time for Dean Winchesters’ birthday on, January 24th.”

Benedict added, “This is a great way for the cast, crew and producers to continue and deepen their relationship with the fans. Even though the series has come to an end, the fans continue to be an incredibly tight and supportive community.”

Meanwhile, Hein joked-praise the duo for one of their best attributes (just not for podcasting), saying, “I’m very excited Rob and Rich are doing this podcast. They’re both very handsome, which is great for audio.”

My name is Damyan Ivanov and i was born in 1998 in Varna, Bulgaria. Graduated high school in 2016 and since then i'm working on wordpress news websites.
Jared Padalecki, Jensen Ackles, News, Supernatural, Supernatural podcast, TV Series