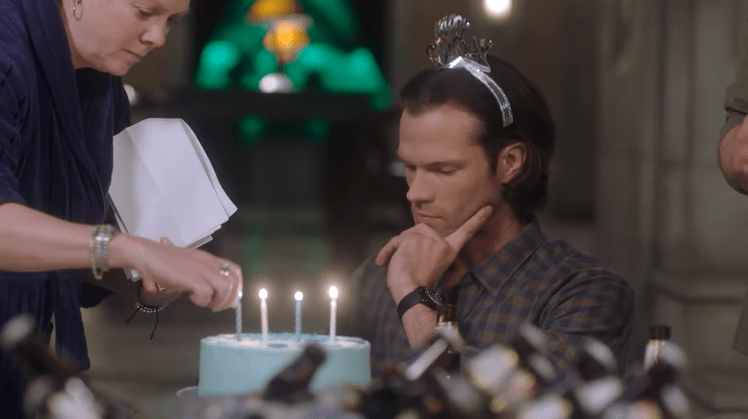 Supernatural prepares the fans with emotional behind-the-scenes compilation for the long goodbye.

After the pandemic temporarily suspended filming due global health crisis, Supernatural is finally back to complete its 15-season run with its final episodes.

To honor the long-running series returning to The CW with all-new episodes as Sam and Dean Winchester brace themselves for their last battle against God, the show’s production crew has unveiled a behind-the-scenes compilation. The short video shows us the team having fun between filming the fan-favorite program, with longtime star Jared Padalecki bidding fans adieu as everyone reassembles on set to complete the series.

The COVID-19 pandemic temporarily stopped filming this past March, leaving a lot of episodes not filmed, including the finale of the series, incomplete. Principal photography with new health guidelines in place resumed this past August, and the show wrapped for good in September.

Supernatural premiered in 2005 this make it the longest-running fantasy/science fiction series in American television history. The finale episodes will showcase brothers Sam and Dean Winchester’s final confrontation with God after the vengeful deity plots to destroy all of creation.

Starring Jared Padalecki, Jensen Ackles, Misha Collins and Alexander Calvert, the final seven episodes of Supernatural will return on Oct. 8 on The CW.