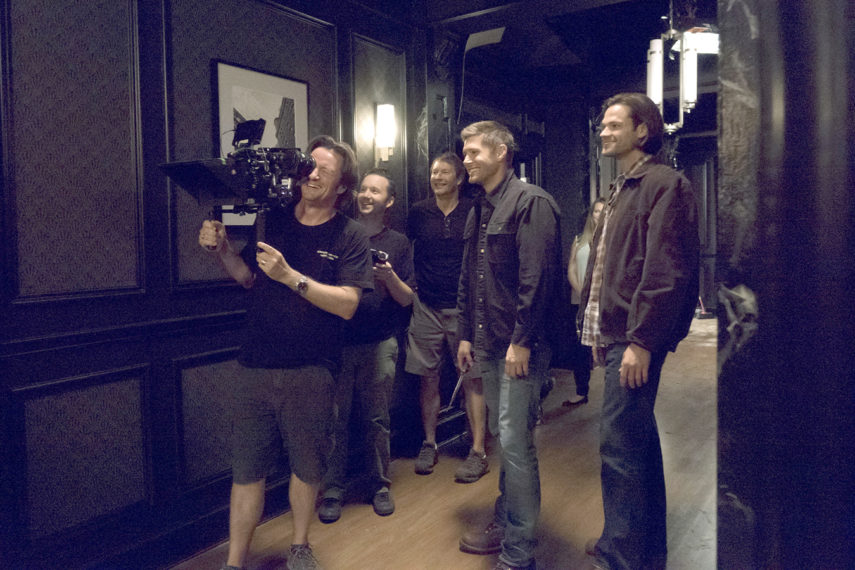 The one guarantee for any visit to Supernatural’s Vancouver set? It would be a helluva lot of fun. That had been true since my initial foray into that welcoming world, when The CW’s little horror show won a 2010 contest as TV Guide Magazine’s first-ever fan-chosen cover.

My treasured on-set memories include sliding behind the wheel of one of the show’s iconic 1967 Impalas during that first visit — a real thrill — and, eight years later, having Jensen Ackles graciously guide me on a personal tour of the Men of Letters’ mazelike bunker. Even without such perks, getting to know the cast and seeing close up the joy they took in their work would have sufficed to make Supernatural a favorite assignment.

Part of the pleasure was witnessing firsthand how well the depiction of the Winchesters and their faithful allies — funny, bickering, but always loving — fit the actors who dubbed themselves a “band of brothers.” Jensen, Jared Padalecki, and Misha Collins took their sometimes emotionally dark work seriously, but they kept things light (chatting about music and sharing family photos with cast and crew alike) and silly (producing a stream of dumb jokes and middle school–caliber pranks).

Rehearsing a big fight scene with a small witch, Jensen, tired of having to fling himself on the ground, busted some goofy dance moves. When Jared flubbed a line and accidentally said a swear word, his costars laughingly parroted it back. And more than once, he would try to break a costar’s concentration — while on camera — by doing something inappropriate in the performer’s line of sight. “There’s probably miles of footage ruined by me laughing,” Misha once told me.

No one was safe in my 2018 roundtable with the three leads. Jared, for one, riffed on how “weird” Misha was when he joined SPN in 2008, saying, “He was staring at us with this enigmatic look that freaked me out.” The Boston native countered, “I was afraid you Texas thugs were going to beat me up!” And so on…

Despite the usual hijinks, my November 2019 visit for the final season was laced with poignancy. Jared waxed nostalgic about watching 2005 episodes and thinking, “Who is that [kid] playing Sam?” Misha said, “We are going to miss each other,” adding in jest, “Don’t tell Jared and Jensen I said that.” And the usually unflappable Jensen admitted he felt a sentimental pang seeing Misha’s Castiel take his last steps up the bunker’s stairs. 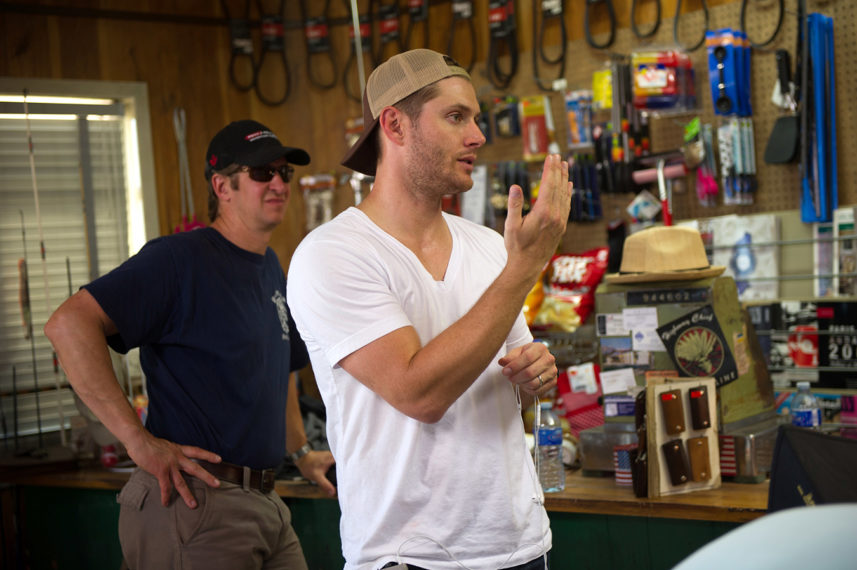 Feeling nostalgic myself as I left the warmth of the Supernatural stages for the final time, I ran into Jensen heading toward his SUV. Though he wore his own clothes, he was full-on Dean Winchester in jeans, flannel shirt, and boots, a beer in hand. My eyes watered, just a bit.