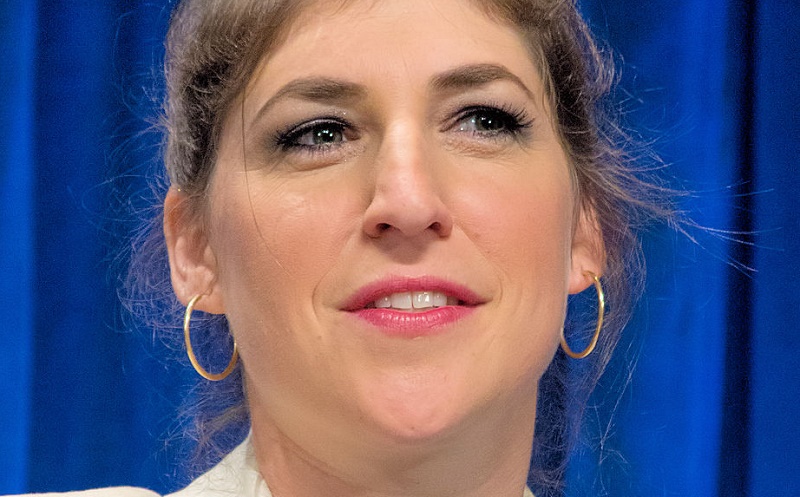 Mayim Bialik’s father, Barry, died in 2015 while she was starring on The Big Bang Theory. Bialik paid tribute to her father at the time, but with five years distance from the loss she has a new perspective. Bialik opened up about how losing her father affected her work on the popular sitcom.

Bialik was part of a webinar called The Reality of Non-Reality TV on Sept. 22 to raise money for The Groundlings. Part of the conversation turned towards performing while experiencing difficult life events. That’s where Bialik revealed just how much she struggled to cope with losing her father and still perform on The Big Bang Theory.

Mayim Bialik recalls her first ‘Big Bang Theory’ without her father
In April of 2015, when Bialik lost her father, they were still in production on The Big Bang Theory. She had to perform in front of a live audience.

“I remember the first night I took a bow after my father died,” Bialik said. “He hadn’t been coming to tapings for quite some time. He was not well for quite some time but it was like something was different in the universe, and yet my job is still to not let you see that. We are masters of disguise, actors. We have to do it all the time. Of course [you can say], ‘Oh, they’re still with you, they’re watching you.’ Okay, but they’re not here. It still sucks.”

Mayim Bialik had to be extra funny to cover up her grief
Bialik said it was hard enough just to go to work while grieving her father. Being funny required Herculean effort.

“I suffer from Depression, anxiety, I have OCD,” Bialik said. “It’s not fun to be funny on many days of my life. Grieving for the parent that you were most like in the world, the way that Jews grieve, we literally grieve for a year, that wasn’t fun being funny. But, you have to be funnier. That also is why we do this. It’s my job to make you laugh. I am your clown. I’m your jester.”

Bialik is back in production on the new sitcom Call Me Kat with Julian Gant. She said she’s facing a similar situation performing comedy amid the 2020 pandemic and Black Lives Matter protests.

“When things are hard outside, Julian and I get the opportunity, thank God to be employed, and to employ 100s of other people right now to try and make something to make you laugh,” Bialik said. “We’re not curing cancer, we’re not doing Shakespeare here, we’re part of the industry machine right now.”

“I remember for the year after, if I got the note once, I got it 100 times from Chuck Lorre,” Bialik said. “He said, ‘You’re supposed to be mad, not sad. Why are you so sad?’ He wasn’t being insensitive. He knew my father died. The notion was every time I tried to be angry, I was just like [sad]. It was really very interesting but also a very humble reminder that it is so important to be surrounded by people you feel supported by. I think that’s one of the amazing things.”