THE BIG BANG THEORY came to a close a few months ago and fans have spent every moment since searching for hidden easter-eggs in the popular sitcom. However, perhaps one of the biggest ones has been uncovered after fans finally caught a glimpse of Howard Wolowitz’ mother.

Mrs Debbie Wolowowitz has been a recurring character that’s identity was kept tightly under wraps for the entire 12 seasons of The Big Bang Theory. Fans may have an idea of what Howard’s mother looks like through the various references to her weight and of course her bellowing voice courtesy of actress Carol Ann Susi. However, one eagle-eyed Reddit user claims to have seen the real life Debbie.

One of the biggest mysteries of the Big Bang theory has finally been solved after fans finally found out what Howard Walowitz’ mum looks like.

Mrs Wolowitz was a huge enigma throughout the series with the star only making an appearance through her raspy shout that seemed to greet on Howard every time.

The mystery plagued fans throughout the series with viewers desperate to catch a glimpse of the mystery woman.

However, it turns out there was a point in the CBS sitcom where she was in plain sight and fans missed it. 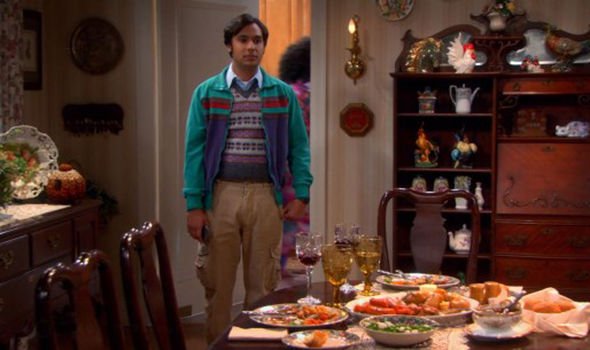 However, after Reddit user Vodkaredbullpapi shared a clip of the rare moment, fans were surprised to see she wasn’t anywhere near as big as Howard and his friends made out.

One furious user commented: “Howard exaggerated? How dare he!”

“Yeah it didn’t make any sense since she isn’t even close to as obese as they talk about,” added a second.

Some users were even disappointed at the rare sighting, wishing showrunners left the character to the imagination.

A third added: “Yeah I always thought it was way better to just allow us to imagine her being impossibly large even if we knew that’d never really be the case if we saw her.”

When Georgie makes an appearance at his brother’s wedding it seems the spin-off show Young Sheldon paved the way for the character’s entrance.

Georgie was introduced as a man of business, and it seems this was no coincidence based on one of the spin-off’s previous storylines.