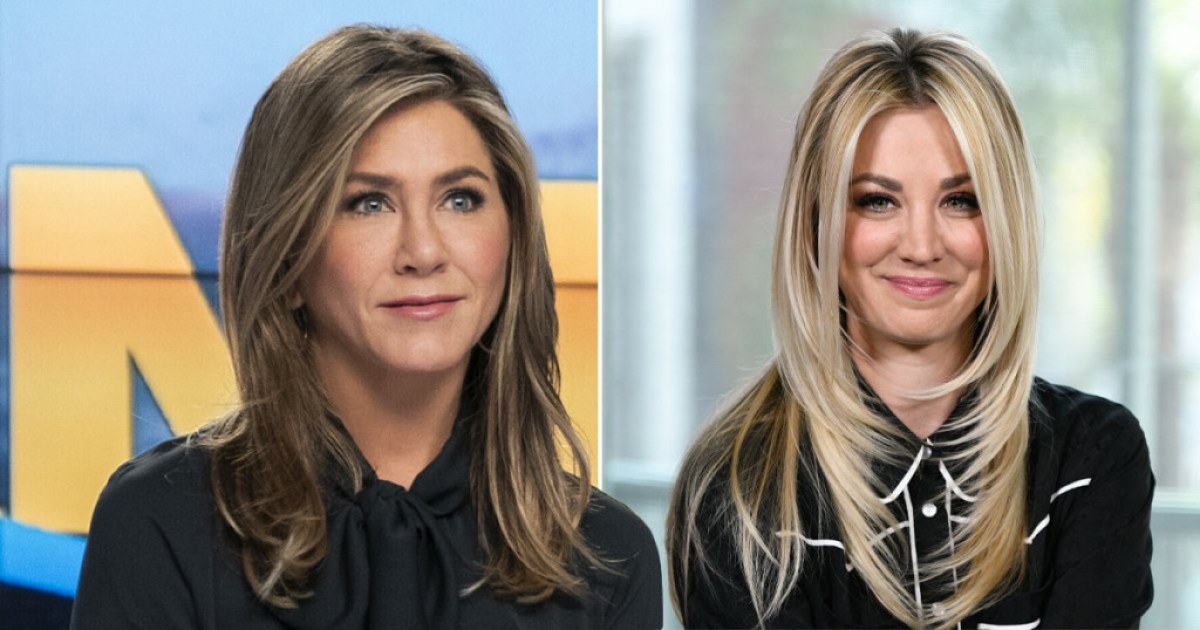 Jennifer Aniston’s first Emmy nomination in 11 years is not only well-deserved, it’s caused huge excitement among the fandom, with The Big Bang Theory’s Kaley Cuoco leading congrats toward The Morning Show star.

Jen was last nominated or her guest spot in 30 Rock and received plenty of nods as Rachel Green in Friends, obviously.

‘What a morning waking up to this news! I am so proud of my @themorningshow family,’ the 51-year-old wrote on Instagram.

‘This team worked so, so hard to make the best show we possibly could, and I am truly honoured to be a part of it.

‘Thanks for this acknowledgment and congratulations to EVERYONE 👏🏼 🥳.’ Jennifer added: ‘Now, I’m just gonna have to figure out what MASK I’M GONNA WEAR.’

And Friend and The Big Bang Theory collided to mark the occasion with Kaley reaching out to the icon.

What a morning waking up to this news! I am so proud of my @themorningshow family. This team worked so, so hard to make the best show we possibly could, and I am truly honored to be a part of it. Thanks for this acknowledgment and congratulations to EVERYONE 👏🏼 🥳⠀ ⠀ Now, I’m just gonna have to figure out what MASK I’M GONNA WEAR 😷🤔💃🏼!!

‘You are so epic,’ cheered pal Kaley.

Baby Emma actress Noelle Sheldon, who starred as Rachel and Ross’s daughter alongside her twin sister Cali was among the 1.8 million followers to like the post.

Yup, Emma is not a fully grown adult with social media and everything.

In The Morning Show, Jen stars as straight-talking powerhouse newsreader Alex Levy alongside Reese Witherspoon who was among the names to get snubbed from this year’s Emmy nominations.