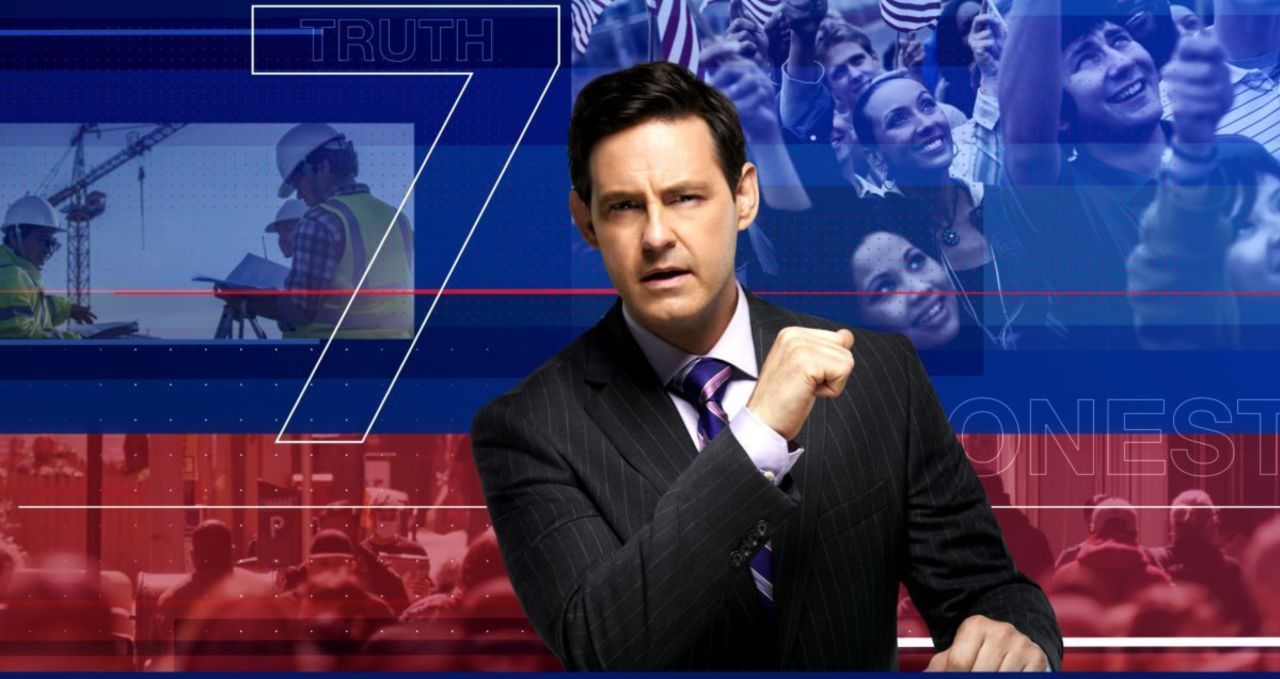 The Boys season 3 is still a ways away, but Amazon and the show’s producers are giving us something to help hold everyone over, while also filling in some of the story gaps between seasons.

Amazon is launching a VNN digital series that brings viewers news segments from the Vought News Network, that Fox News-esque media division of the corrupt Vought Industries from inside the world of the satirical superhero series.

Actor Matthew Edison stars in VNN’s “Seven on 7” segments as anchor Cameron Coleman, who will also be showing up in The Boys season 3.

“Since the very start of The Boys, we’ve seen Vought’s propaganda arm — I mean, news channel — VNN,” showrunner Eric Kripke said in a statement to EW. “We’ll be digging deeper into those fair and balanced patriots next season, so as a teaser, we’re introducing ‘Seven on 7’ with VNN’s biggest star Cameron Coleman. The episodes are in-world canon, serving up brand-new information that bridges the story gap between season 2 and 3. So enjoy the hot takes and catheter commercials, just like your parents do!”

Amazon worked in tandem with The Boys producers to further build out the universe of the show. The first six-minute episode, which launches on Amazon’s new Vought International social media accounts, serves as a good example of how VNN will be dropping story tidbits ahead of season 3.

As revealed by Cameron, Hughie Campbell (Jack Quaid) has been appointed senior analyst on Congresswoman Neuman’s (Claudia Doumit) team. Neuman became the director of the Office of Supe Affairs in the season 2 finale. VNN also has a Vought-approved explanation for the death of Blindspot (Chris Mark), the blind supe that Homelander (Antony Starr) just straight-up maimed at the start of season 2. Cameron chalks it up to the supe being M.I.A. after an overseas mission in Argentina.

And for non-news updates, VNN gives us The Boys’ version of MyPillow’s Mike Lindell with OurSheet’s Mickey Londale.

Episodes of VNN will come out on the 7th of every month, and each will have seven news stories and one commercial. Over time, these segments will plant more seeds for season 3.

My name is Damyan Ivanov and i was born in 1998 in Varna, Bulgaria. Graduated high school in 2016 and since then i'm working on wordpress news websites.
digital series, News, The Boys, TV Series