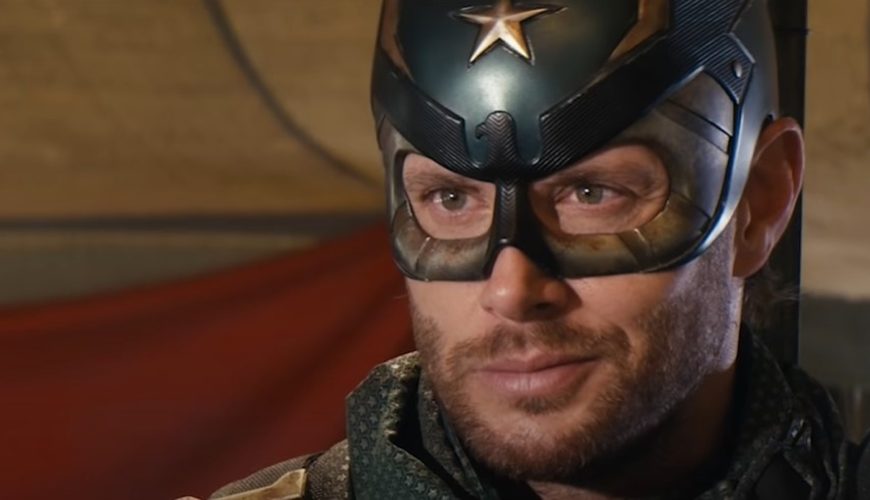 On social media, Prime Video dropped a picture of The Boys Season 3’s main trio of Soldier Boy, Billy Butcher and Hughie Campbell standing in front of an open trunk. “There’s a Winchester in that trunk but it ain’t the kind you’re [thinking],” read the caption. Ackles, who plays Soldier Boy, commented, “I see what you did there…and I like it.”

The post referenced the fictional Winchester family of the Supernatural series. The most well-known Winchesters were the show’s main sibling duo Sam Winchester, who was played by Jared Padalecki, and Dean Winchester, who was played by Ackles. The Winchester brothers were monster hunters, who tracked down and hunted supernatural creatures that posed a threat to humans. Due to their dangerous line of work, they stored an arsenal of weapons and special trinkets in the trunk of Dean’s car.

Showrunner Eric Kripke previously revealed he wanted Padalecki to join his former co-star Ackles for The Boys. “I would put Jared on the show in a heartbeat,” he said. Though he wanted a reunion between the Winchester brothers, Kripke believed Padalecki was already busy managing his farmhouse in Texas, where he lives with his wife and their three children. The actor is also set to reprise his role as Cordell Walker in The CW’s 2021 reboot of the western drama series Walker, Texas Ranger, which was renewed for a third season in March 2022.

Though Padalecki might not be coming to The Boys anytime soon, Kripke claimed another Supernatural star was in early talks for an appearance in the dark superhero satire. “Jeffrey Dean Morgan is a superfan of [The Boys], so he and I are talking,” Kripke said. “We’re trying to figure out something for Season 4. Nothing finalized yet, but he and I are chatting and e-mailing and seeing if we can make it work with his busy schedule. So, stay tuned on that.”

The Boys Season 3 is available for streaming on Prime Video, with the season finale set to premiere on July 8.

My name is Damyan Ivanov and i was born in 1998 in Varna, Bulgaria. Graduated high school in 2016 and since then i'm working on wordpress news websites.
Dean Winchester, Jensen Ackles, News, soldier boy, Supernatural, The Boys, TV Series