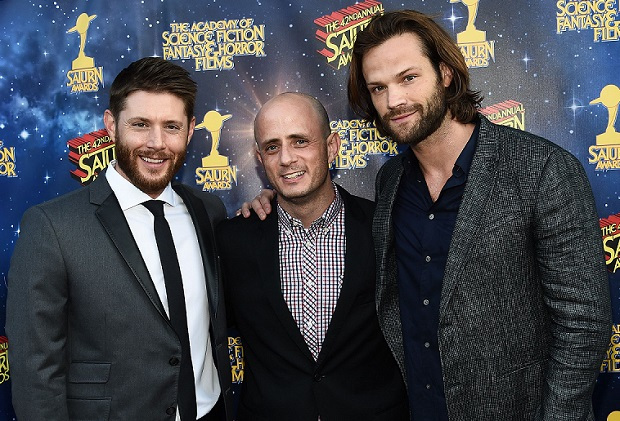 Kripke ran the Supernatural writers’ room for the first five seasons before passing the baton to Gamble, who was showrunner for seasons 6 and 7. And now, years after their time on the hit CW series, which has yet to air its final episodes, Gamble and Kripke are looking back on their time with the Winchester brothers.

Gamble kicked off the conversation by asking how Kripke made the decision that season 5 would be his last with the sci-fi drama. “People don’t quite understand what 22 episodes are like,” Kripke says, explaining how much work goes into those very long seasons. “When people really connect to the show, if they understood the absolute f–king chaos that was happening to bring them something that they love, I think they’d be horrified,” he added with a laugh.

But leaving Supernatural wasn’t just about workload or exhaustion for Kripke. As he puts it, “The creative never suffered through the first four years. And I’m not saying it suffered in season 5 but for the first time, I felt weirdly sloppier than I was in the past. That scared me. I felt a real responsibility for it to be as great as I could make it for as long as I could make it … My main primary goal in the room [in season 5] was to get through the break because I had 22 [episodes] to do. Once that became one of my motivations, that really scared me.”

So, as Kripke puts it, he told Warner Bros. he was done. But when they made it clear the show wasn’t done, he made a decision. “I remember being like, ‘Okay, I need someone who loves the show as much as me and will bring new energy to it that I don’t have anymore,'” Kripke says. “And that person’s name was Sera Gamble.”

Watch the full interview below: