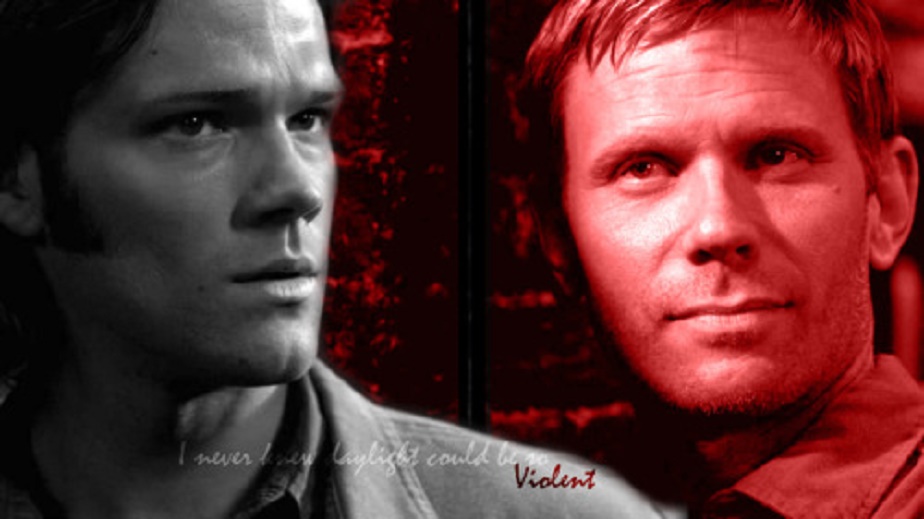 “I can see it now… Supernatural: The End. And the cover is just a gravestone that says ‘Winchester.’” That’s Chuck’s ending to Supernatural, at least according to the latest trailer created by the show’s post-production team. And boy is it filled with familiar faces.

The new trailer for Supernatural‘s 15th and final season features a number of returns, from Chuck himself to the Mark of Cain to long-lost Winchester brother Adam — and maybe another Adam? — and, from the looks of it, Samifer. That white suit is hard to miss!

The trailer also features what looks like either an alternate world Dean (or just a Dean who’s been in the desert for a while). But when it comes to the Dean we know and love, not only do we hear him begging Sam to “please” do something, but he refuses to give Chuck the ending he wants. “That’s Chuck’s ending?” Dean says in the trailer. “No. After everything that he has put us through, I’ll be damned if I’m gonna let some glorified fanboy get the last word.”

But as Chuck says at the end of the trailer: “I can do anything. I’m a writer. Fans are gonna love it.”

The trailer also features a first look at Christian Kane on the show and so, so much more. Check it out bellow!

This website uses cookies to improve your experience while you navigate through the website. Out of these cookies, the cookies that are categorized as necessary are stored on your browser as they are essential for the working of basic functionalities of the website. We also use third-party cookies that help us analyze and understand how you use this website. These cookies will be stored in your browser only with your consent. You also have the option to opt-out of these cookies. But opting out of some of these cookies may have an effect on your browsing experience.
Necessary Always Enabled
Necessary cookies are absolutely essential for the website to function properly. This category only includes cookies that ensures basic functionalities and security features of the website. These cookies do not store any personal information.
Non-necessary
Any cookies that may not be particularly necessary for the website to function and is used specifically to collect user personal data via analytics, ads, other embedded contents are termed as non-necessary cookies. It is mandatory to procure user consent prior to running these cookies on your website.
SAVE & ACCEPT
<script type='text/javascript' src='https://tvserieswelove.com/wp-content/plugins/flash-album-gallery/assets/sc