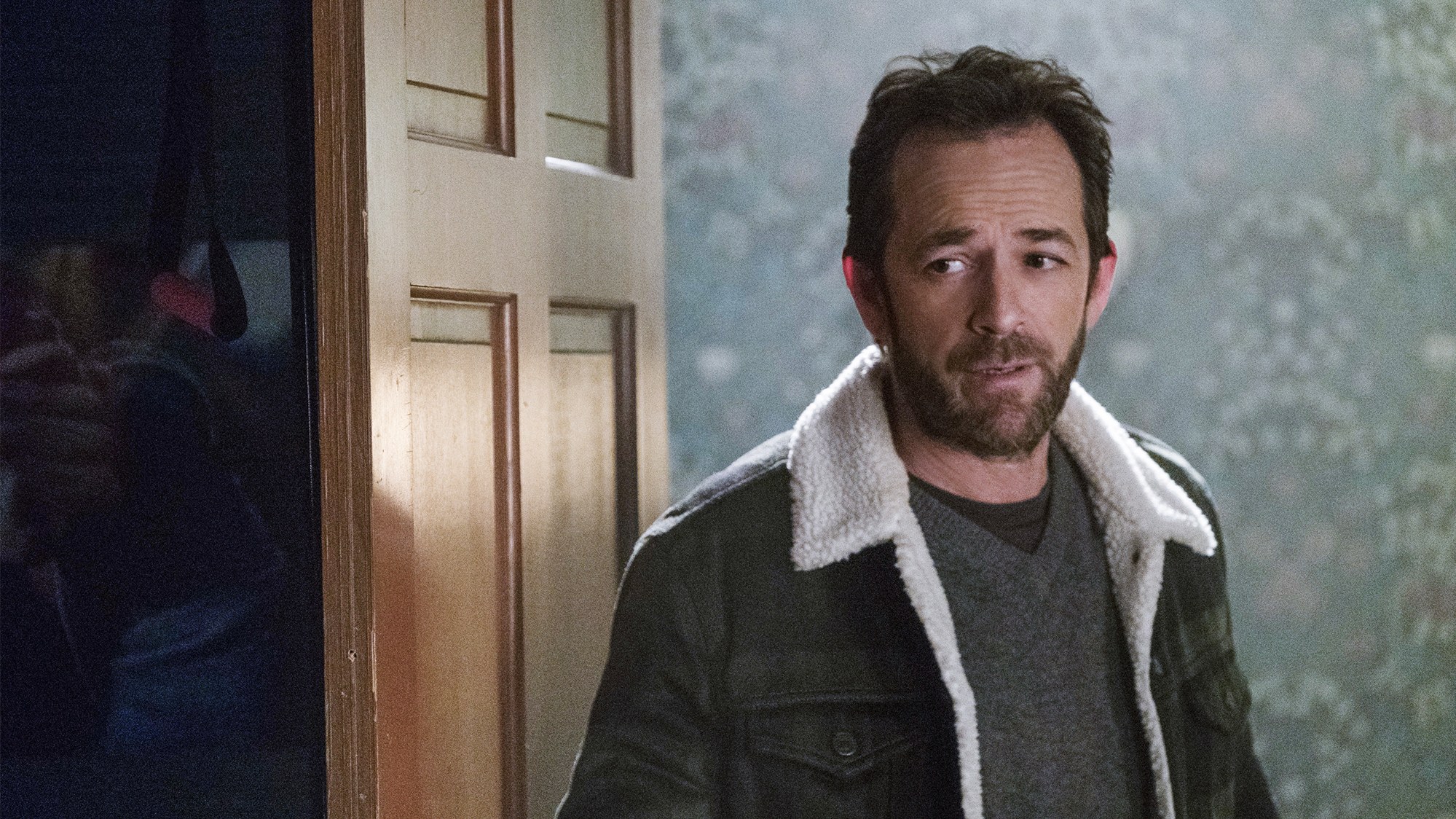 This post contains spoilers for the Riverdale Season 4 premiere.

As Riverdale returned for its fourth season Wednesday night, the CW drama had one message for longtime fans: Fred Andrews and Luke Perry “will always be a part of Riverdale.”

Throughout his three seasons on the show, Perry’s Fred Andrews was a quiet moral counterbalance to Riverdale’s more dramatic impulses, a character who often dispensed fatherly advice and welcomed strangers into his home. Perry died partway through production on Season 3, and rather than quickly write in the actor’s death, Roberto Aguirre-Sacasa told VF,, he and the show’s writers decided to “let the season play out and then really do it justice and honor both Luke and Fred at the beginning of Season 4.” Wednesday’s premiere was almost entirely dedicated to revealing and exploring Fred Andrews’s death—and to memorializing both the actor and the character he played.

The premiere is set in the summertime. Not long after the episode begins, Archie finds out that while driving on the highway in a nearby town, his father stopped to help a woman facing some car troubles. While Fred was assisting the woman, another car sped by and almost hit her—but he pushed her out of the way, taking the fatal blow himself. After three seasons playing the hero Riverdale needed, it seems fitting that the character would also meet a valiant end.

Archie and his friends are heartbroken, and the news that Fred’s body cannot be transported until after the Fourth of July holiday only makes things worse. The group eventually decides to drive to the nearby town to collect Fred’s body—and along the way Archie predictably goes rogue to track down his father’s killer. But throughout the hour, all of the plot feels almost secondary.

Riverdale is usually a densely plotted show—one that, at times, can struggle to maintain its focus, both during individual episodes and across entire seasons. This premiere, however, is different—and that’s by design. “We wanted to be very respectful and honor both Luke and [his character] Fred Andrews,” Aguirre-Sacasa told The New York Post. “That suggested we should take a more grounded, character-based episode that allowed us to track the emotions….[The episode is] a meditation on what Fred meant to the town of Riverdale and what Luke meant to the cast and crew—and the audience that grew up watching 90210 and the audience that watches Riverdale.”

The episode frequently comes to a halt to honor Perry and Andrews, including a scene In which Archie’s friends sit in a circle and take turns memorializing his father. Jughead remembers how Fred served as his surrogate father when his biological father was struggling with alcoholism; Betty remembers the time Fred spent an entire day with her during a relay race. Archie later meets the woman Fred helped—and it’s Shannen Doherty, whose casting had been announced without confirming the role. Perry’s *90210 co-star shares her own effusive tales of Fred Andrews’s heroism.

But the most emotional remembrance comes at the end, when Archie delivers a eulogy about both his father and, it seems, Perry. “My dad was there for every high and every low,” Archie says. “He’s the greatest man I’ve ever known. It hurts me that I never got to say goodbye. That I won’t get to see him again or talk to him. But his spirit and his memory lives on—in this town and everyone he’s met. Fred Andrews will always be a part of Riverdale.”

Perry’s co-star Skeet Ulrich said shooting the episode was gut-wrenching. “[It was] literally almost impossible to utter lines,” he told the Post. “The emotion you try to bury from the four months prior to [Perry’s death] happening until we’re asked to re-examine it in the episode … it’s one of the hardest experiences I’d had [to do] on film.”

Even after his death, Fred Andrews manages to bring the town together. As Archie drove Fred’s body back home for the funeral, the entire town lined up with signs, showing love for the man who impacted their town so deeply. Jughead’s father, the town’s Sheriff, provided a police escort. Fred’s old friends—parents of Archie’s gang—cry. Even one of Fred’s bitterest rivals, Hiram Lodge, paid for his memorial service—from prison. In the end, Archie gathers his friends and family in the back yard of his home, where they memorialize Fred with fireworks—a callback to Archie’s eulogy, in which he mentions a time his father surprised him with fireworks one July Fourth years before. Later Archie sneaks into the garage, where he admires the jalopy his father helped him fix up in Season 1. Standing over the car, he begins to cry. The camera zooms out as the screen fades to black—save for an old photo of Archie and Fred.

As hard as the episode was to complete, Aguirre-Sacasa told the Post, the effort was worth it—and that writing Perry off in a more casual way was never an option. “He’s such a huge part of the show, and of Archie’s story,” Aguirre-Sacasa said. “We knew we’d have to meet this challenge head-on. I’m so proud of this episode. It really was cathartic for us to work on it—and I hope Luke’s fans like it and see the love that was poured into it.”