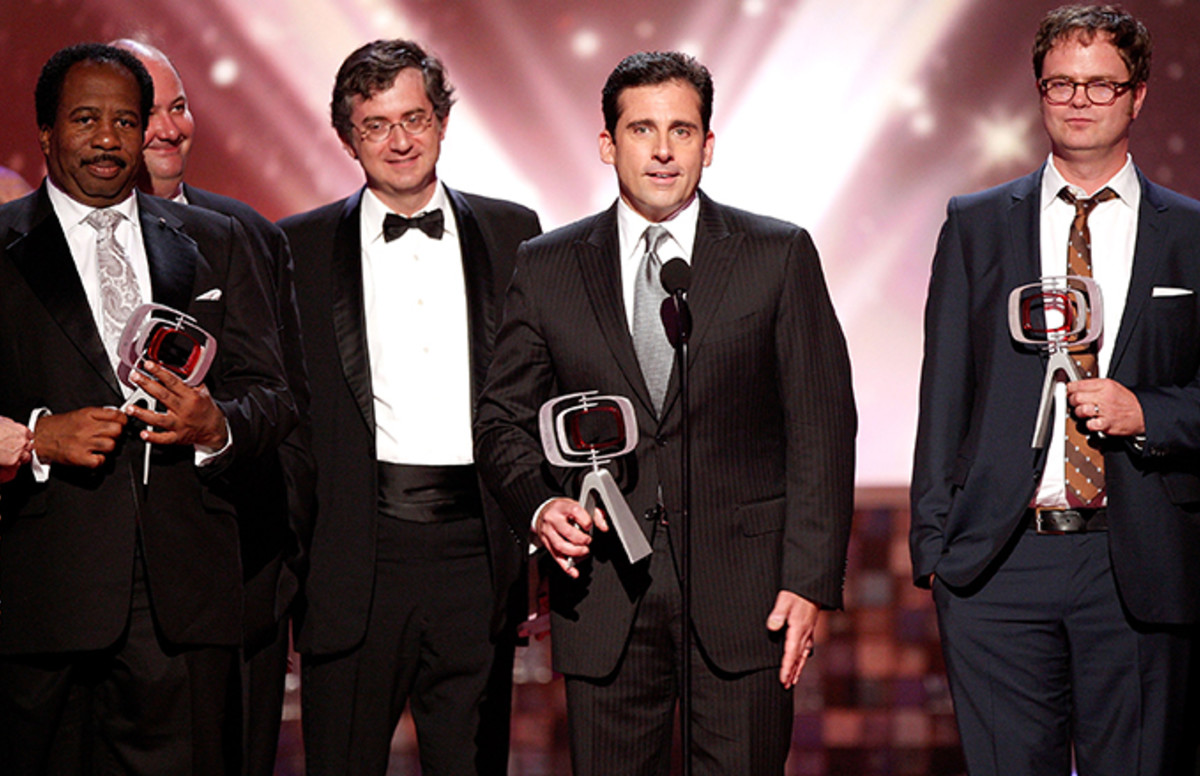 No one could possibly say creating a television series is an easy task, especially one that goes on to become a classic. For some, it appears, the ideas just keep coming.

For Emmy award-winning writer, producer and director Greg Daniels, there does seem to be one common thread that links the plethora of iconic shows he’s created, or co-created, and that is relatability.

With The Office and Parks and Recreation, for instance, it wasn’t too much of a stretch to identify with a group of office workers dealing with workplace politics and egos, nor the absurdities that prevail in local politics in a small town.

Though in real life these situations can feel daunting, Daniels’ scripted versions help us laugh out loud at the craziness that is life. He now has two new series launching this month: Upload (the first script he wrote following The Office finale) which launched May 1 on Amazon Prime Video and Space Force (his second endeavor with Steve Carell) premiering May 29 on Netflix.

He seems to have the Midas touch when it comes to creating timeless characters and storylines. For example, though the U.S. version of The Office ran for nine seasons from 2005 to 2013, new generations are now bingeing the series and those that already watched during its original broadcast are enjoying the episodes again.

In 2019, The Office was the most-binged series on Netflix with 52 billion minutes watched. His magic touch also includes penning animated hits including King of the Hill and The Simpsons and again, there is a level of relatable humanity under the layers of humor. 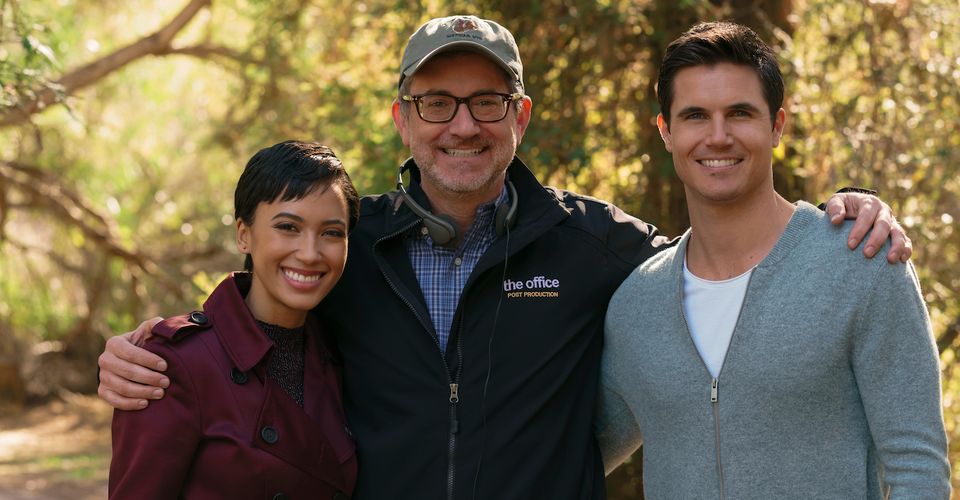 Will Daniels have the same luck with his new shows? He spoke with me about the importance of writing sci-fi in a specific way. “To make good sci-fi, it must be rooted in the present and cover the various issues we are dealing with now, which we did in Upload.”

As a reference point, we discussed how lower income communities are being hit harder by the novel coronavirus pandemic and how income levels are at the core of many of life’s issues.“In Upload, the wealthy have as many options post-death as in life as to where they want to go,” he says.

In the 10-episode series, Nathan Brown (Robbie Amell) is uploaded to a luxurious digital afterlife at a place anyone would want to end up called Lakeview, a virtual reality hotel run by a tech company, and it’s all paid for by his rich girlfriend Ingrid Kannerman (Allegra Edwards).

In the series, which also stars Kevin Bigley, Zainab Johnson and Owen Daniels, the divide between the haves and the have-nots is detailed in humorous but tragic terms as Nathan immediately finds himself owned by Ingrid with every decision he wants to make literally in the palm of her hand.

A part of the service at Lakeview is each upload gets their own customer service representative, or angel. Nathan lucks out with Nora Antony (Andy Allo), a young woman in Brooklyn trying to make ends meet. Things get tricky when the two strike up a deep friendship and fall in love.

The two unite to solve the mystery surrounding Nathan’s death in a self-driving car crash. Self-driving cars in 2033 have been perfected enough that they never crash, or do they?

“Self-driving cars get hacked and people get murdered,” says Daniels. In his version of life in the 2030s, in which driverless cars, 3D food printers and hologram phones are the new normal, people are still struggling with many of the same things we are today, including inequality.

“I wanted to make the show timely and I did a lot of research to see what is coming down the pike in technology,” Daniels explains. “As I said before, good sci-fi has to be relatable to the present. In the show, the wealthy have many options for a high-quality digital afterlife and the poor don’t have the same opportunities. As an issue, income and equality hasn’t gone away since we started working on the show five years ago and it felt right to have it as a relevant topic in the future.” 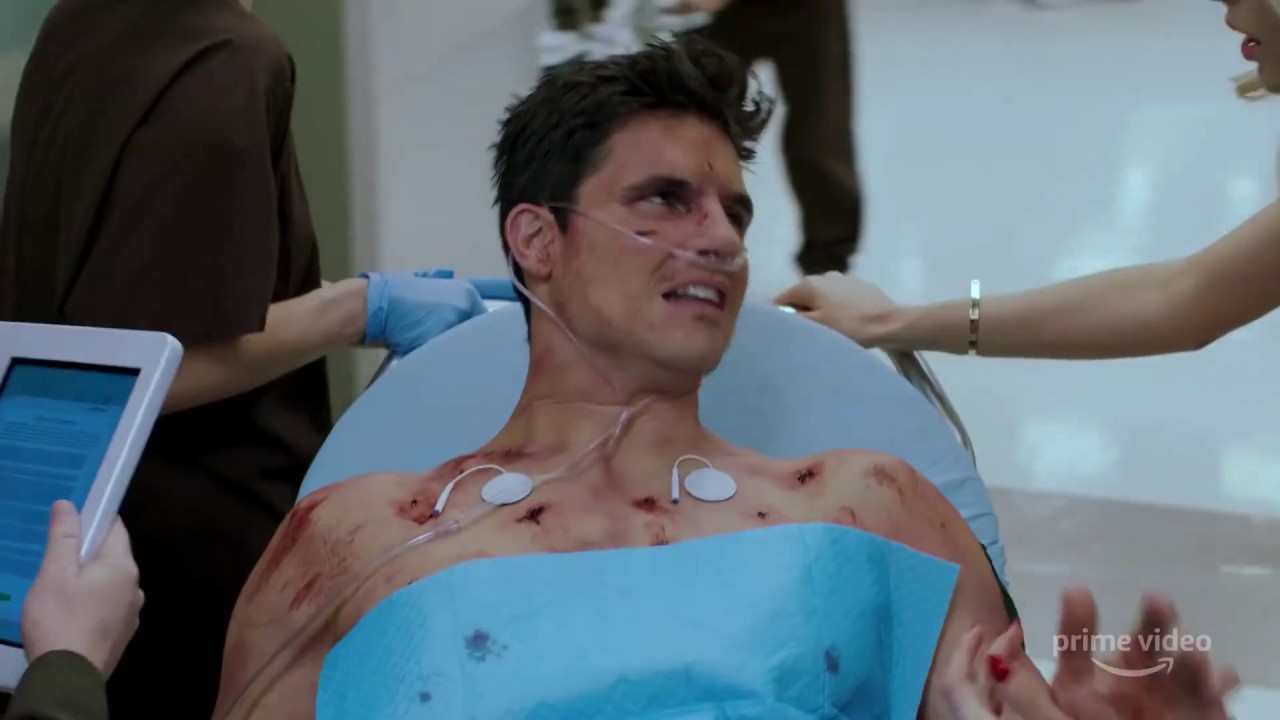 Daniels adds that the show is about so much more than death. “I don’t think it’s about death or afterlife but rather additional life in the present and additional consciousness past what your body is willing to give you. These characters are not really leaving this world, they’re just getting to hang around longer in a virtual version of themselves. We ask what this does to society and to an individual? How real does it feel? How valuable is it to maintain a connection to the people in your life and to get a second chance?”

Nathan, we come to learn, wasn’t always as nice as he is in death. “He gets a second chance to make things right,” says Daniels. “We also know that currently people die too soon because they don’t have access to technology and this could also happen in the future, which comes back to wealth and opportunity. In the show, these big tech companies are marketing these services but there’s nothing spiritual about what they’re up to.”

Finances aside, not every character on the show wants to be uploaded. “Nora’s dad doesn’t want to take advantage of the technology. He wants to go the old-fashioned route and be with her mother. He’s choosing faith and religion and that’s a debate today.”

Will there be another season of Upload? “We’re writing a second season but we haven’t gotten the go ahead as of yet. I’m hopeful,” Daniels answers.

In addition, Daniels teamed up with Steve Carell again for the new Netflix comedy Space Force premiering at the end of the month. The 10-episode series follows four-star general Mark Naird (Carell) who’s just been tasked with creating a new branch of the U.S. military called Space Force in an effort to get boots on the moon per order of the president.

If the name sounds familiar, in December President Trump signed a $738 billion defense spending bill to create his version of the Space Force, which will be the sixth branch of the U.S. Armed Services and the first new military service since the Air Force was created in 1947. 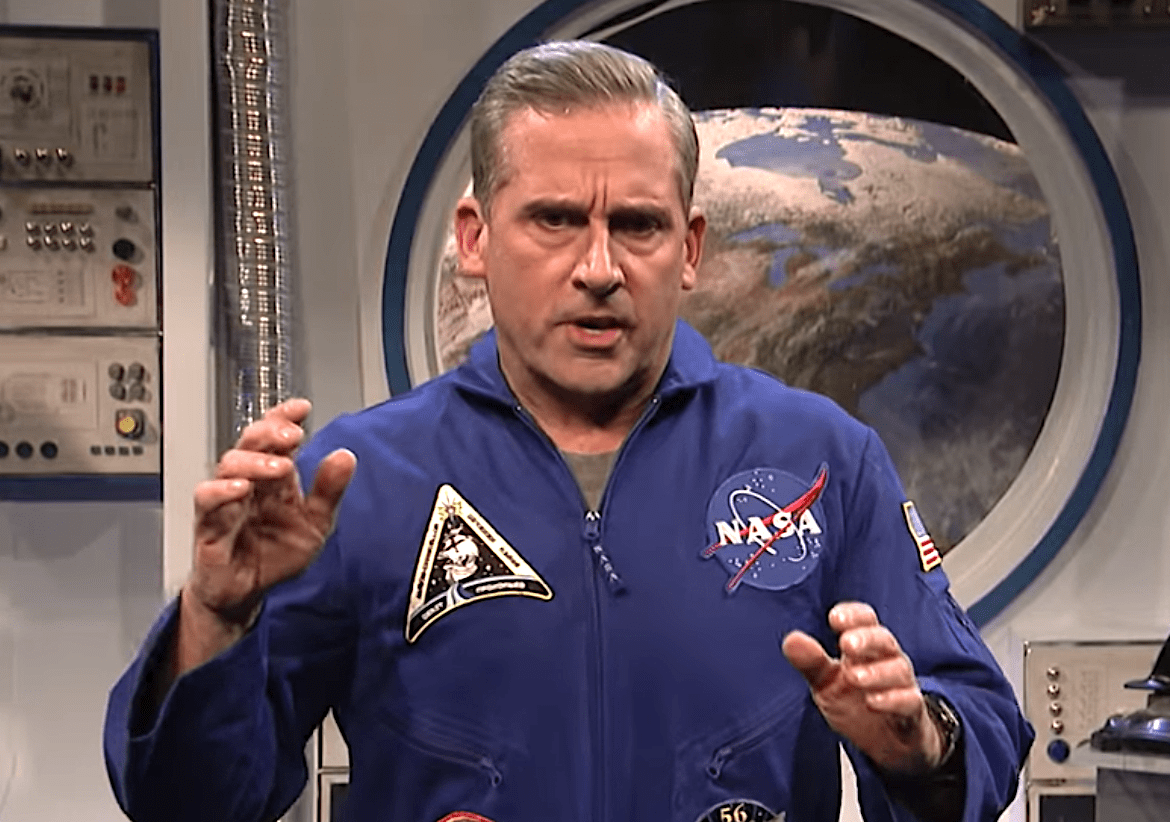 Running multiple shows simultaneously is tough, especially if both are in their first seasons. In this case, Daniels was done shooting Upload before he started to write Space Force.

“With Upload and Space Force, working on 20 scripts was difficult but doable,” he says. “If you want to talk about a hard year, that would’ve been when I was working on season six of The Office and season two of Parks and Recreation. That was almost 50 episodes. That was my hardest year ever!”