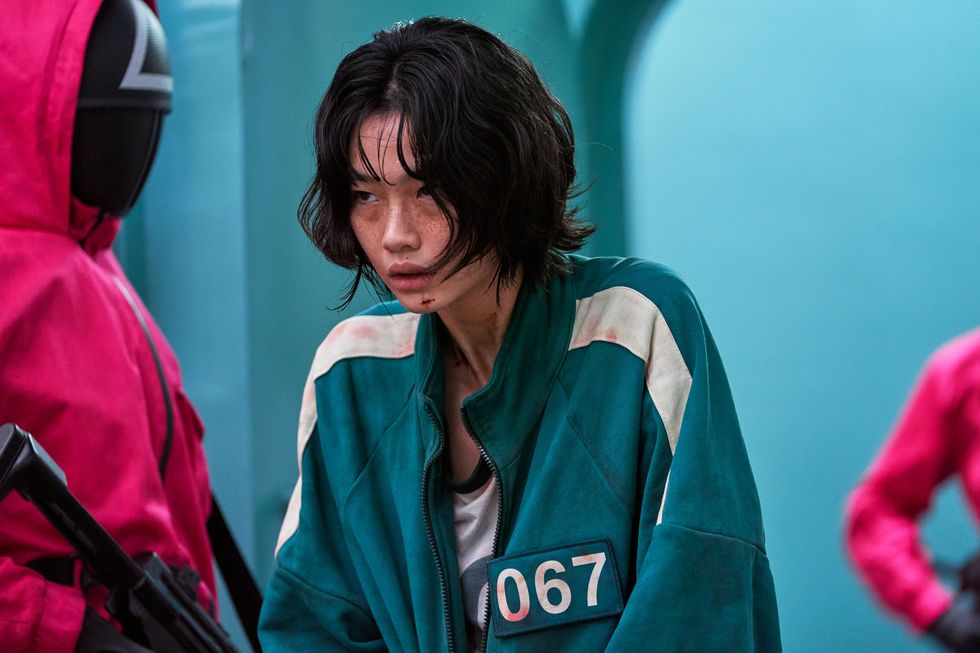 Squid Game star Hoyeon apologised to director Hwang Dong-hyuk after first seeing the series at a cast screening, believing she hadn’t given her all as the character.

The actress may have found fame and received awards for her role as Kang Sae-byeok in the South Korean survival show, but she wasn’t fully happy with her performance initially, texting the director her apologies.

Hoyeon revealed the story during The Hollywood Reporter’s roundtable interview. “We watched it, Squid Game, before it came out, like the actors, because we had to do, kind of promotion and event stuff, but I thought that… I thought that I f**ked up,” she said.

“The first message after I watched Squid Game to director Hwang was ‘I am so sorry, and thank you so much for casting me.’ I’m gonna cry, but it was so stressful. I was trying to prepare for the bad reactions and everything.”

Despite Hoyeon’s initial fears about how she would be received in the show, she’s gone on to be one of the biggest breakout stars, receiving a SAG Award for Outstanding Performance by a Female Actor in a Drama Series and becoming a fan-favourite.

Hoyeon’s arrival in the spotlight has also been very sudden, with Squid Game being her first ever acting role.

Discussing the impact of going from an unknown talent to starring in one of Netflix’s most-watched programmes, she added: “Because I just started, I never thought about what was going on in this industry. I just wanted to act.