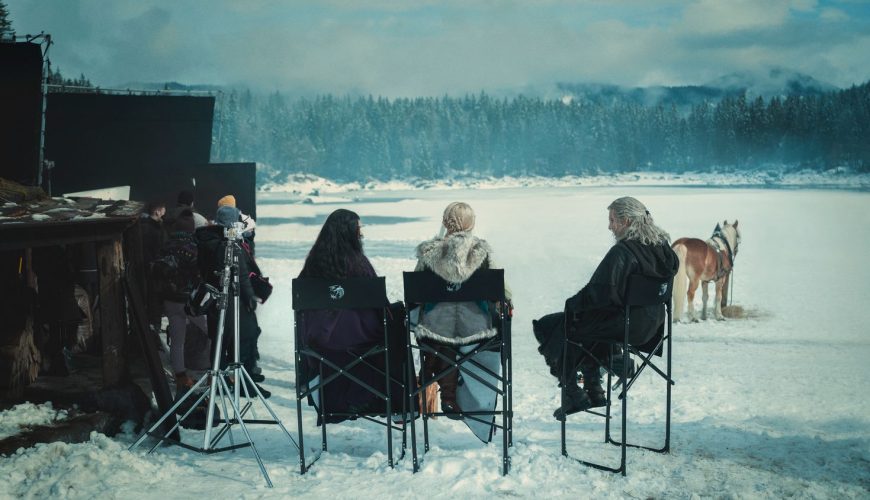 Here’s what we think the deal is with the new character cast for The Witcher Season 3.

Netflix fans who are eager to return to the political machinations and monsters of the Continent are in luck, as The Witcher Season 3 is already several weeks into filming, having kicked things off in early April. The hit fantasy has made several major new castings, along with now, apparently, casting an important character from author Andrzej Sapkowski books, False Ciri, but there is some confusion over that.

Who Might Be Playing False Ciri On The Witcher And What’s The Confusion?

According to Redanian Intelligence, The Witcher has now cast Frances Pooley (Versailles, Bridgerton) as a character who’s been named Teryn for Season 3 of the drama. And therein lies some of the confusion, because not only is False Ciri’s actual name not Teryn, but there is no character named Teryn in Sapkowski’s Witcher books at all.

It would naturally follow that Teryn is actually just an original character to The Witcher, but there do appear to be a lot of similarities between Pooley and Freya Allan, who plays the real Ciri on the show. The site notes that both women are the same height and age, and they do favor each other enough that one can see how Pooley could be made to look like a ringer for Allan’s Ciri:

In addition, fans have already been on the lookout for a potential False Ciri casting, as a call went out several months back which asked for a young woman to play “a student that is brainwashed into believing they’re someone else,” which certainly sounds a lot like False Ciri. And, the character does make her first appearance in The Time of Contempt, which is going to be the main inspiration for The Witcher Season 3.

So, why would the show be using the name Teryn for the character? As mentioned above, one hitch is that the False Ciri of the books never has her real name revealed, even when she’s directly asked for it by a very important character. So, if Pooley is playing False Ciri, either the writers have decided that this will be the teen’s real name, or at least the name she elects to give people when asked.

Another point of interest is that The Witcher has already sort of used the False Ciri idea with a different actress. In Season 1, Episode 7, Geralt finally returns to Cintra to claim his child of surprise, but Calanthe is not cool with the idea of him taking her granddaughter, so she enlists a random girl to take Ciri’s place. But, Geralt has doubts about the girl, and when he spots the real Ciri dressed as a boy in the courtyard and playing with her friends, knows he’s been lied to, tells Calanthe, and she puts him in prison.

That happens shortly before Cintra is sacked, so it’s highly unlikely that the mystery girl used as False Ciri there (who was played by Viola Prettejohn) survived, meaning that this new casting could still be the False Ciri we saw in the books.

We don’t know just yet when The Witcher Season 3 will hit Netflix, so it’ll be a bit yet before we get to see Frances Pooley’s Teryn in action, and can determine if the character is, in fact, acting as Ciri’s double in the show. Ciri might now be a trained badass, but she’s still very much on the run from a number of parties with different interests after The Witcher Season 2 ending, so there are several people who could want to try to pass someone else off as the exiled princess when the next season picks up the action.