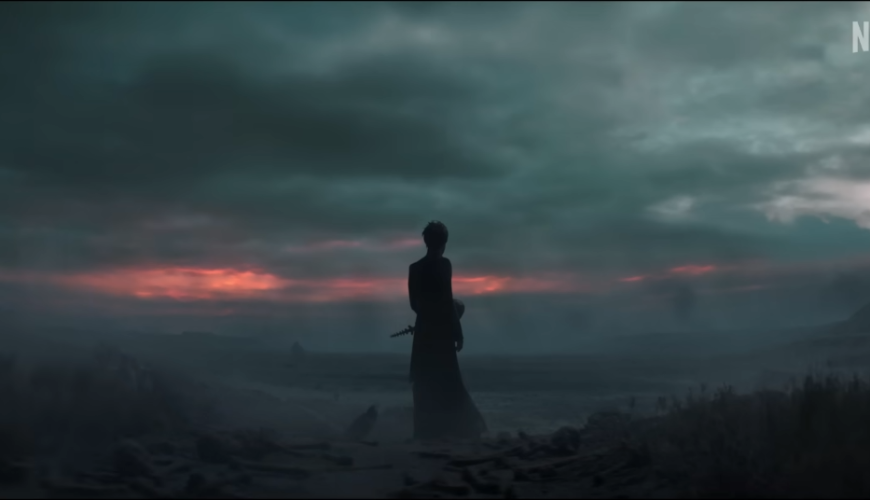 Netflix debuted an official trailer for The Sandman during the show’s Hall H panel at San Diego Comic-Con on Saturday.

The TV adaptation of Neil Gaiman’s iconic graphic novel series is set to premiere in just about two weeks on August 5. You can watch the trailer above.

In the video, Tom Sturridge’s Sandman (known to readers as Dream) faces some true horrors while navigating chaos brought on the world by the Corinthian (Boyd Holbrook) and Lucifer (Gwendoline Christie). Both characters make an appearance in the clip.

The Corinthian is described in the book as a menacing creature that looks like a man with no eyes that Dream actualizes via his own mind and Lucifer is the devil itself.

Patton Oswalt is also featured in the trailer for the forthcoming 10-episode series as the voice of Matthew the Raven, along with Vivienne Acheampong as Lucienne, Jenna Coleman as Johanna Constantine, Kirby Howell-Baptiste as Dream’s sister Death and Mason Alexander Park as Death’s sibling Desire.

Although Gaiman didn’t want his comic book series to be adapted for television for more than 30 years, he has agreed to move forward with Netflix and said that the show’s first season will be adapted from the first two graphic novels from the titular series.

“What’s been so interesting about Season 1, which is basically the first two graphic novels — ‘Preludes and Nocturnes’ and ‘The Doll’s House’ — is how we keep going back to the comic,” said Gaiman in a press release. “The comic is the place we go for problem solving. When we get ourselves into trouble in the script, we’ll go back and go, ‘Well, what happened in the comic? How was that told?’ And pretty often that will give us the key to get out of trouble.”

The Sandman was developed by Gaiman who executive produces alongside David Goyer and showrunner Allan Heinberg.