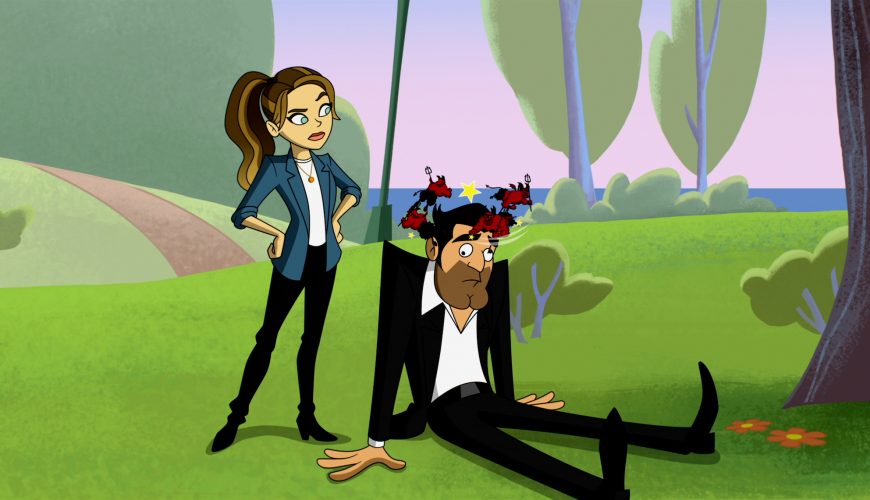 Ever since it first premiered on FOX in 2016, “Lucifer” has attracted quite the fanbase. The series is based on the DC Vertigo comic, which in turn is a spin-off of Neil Gaiman’s celebrated “The Sandman” and follows Lucifer Morningstar, a fallen angel who ultimately becomes the Devil. After becoming bored of Hell, he leaves the throne of Hell behind and journeys to Los Angeles, where he opens a nightclub and soon begins to solve mysteries alongside LAPD detective Chloe Decker.

Tom Ellis and Lauren German headlined the series, which ran for three seasons on FOX before being cancelled and then eventually rescued by Netflix, where it ran for 3 more seasons before concluding its run in September with its sixth season.

“Lucifer” was a series that was known to take risks, and even in its final season, the creators behind the show definitely loved to experiment, including a musical episode and one with a black and white noir theme. In the third episode of the sixth and final season, the “Lucifer” team teamed up with some of the producers behind another hit show for a very special animated episode.

When it came to animating the Season 6 episode of “Lucifer” titled “Yabba Dabba Do Me,”  executive producer Joe Henderson knew it would be quite the undertaking, but he found help in the form of Jennifer Coyle, the animation supervisor behind the hit animated series “Harley Quinn.” While Henderson didn’t completely reveal how he got in touch with the “Harley Quinn” team, it doesn’t take much research to realize that both “Lucifer” and “Harley Quinn” are DC properties, which was definitely helpful.

“We got super lucky, because we had this just incredibly lucky window of time where you have these animators who can just bring so much humanity to cartoons.” Henderson told Collider. Making an animated episode not only would fulfill Henderson’s hopes for the show, but also benefitted the team during COVID as it allowed them to have fewer days on set.

My name is Damyan Ivanov and i was born in 1998 in Varna, Bulgaria. Graduated high school in 2016 and since then i'm working on wordpress news websites.
Harley Quinn, Lucifer, Lucifer finale, Lucifer Season 6, News, TV Series