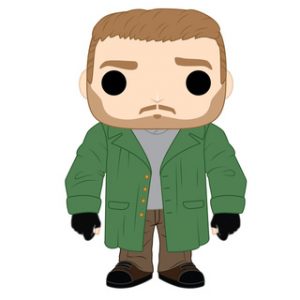 Stranger Things isn’t the only Netflix show to get a new line of Pop! TV figures, as Funko has announced that The Umbrella Academy will finally get a release of its own.

In addition to these figures, Funko will release Chase figures with a 1-in-6 rarity of both Vanya Hargreeves and Number 5. Therefore these rare variants will feature a white version of Vanya with dark hair and black detailing around her eyes and arms as she holds her violin aloft. Number 5 will be adorned in his Academy outfit, complete with mask. He wears shorts, a blazer, black shoes and pulled-up socks, as he holds a cup of coffee.

An exclusive glow-in-the-dark version of Ben Hargreeves will be available through Hot Topic. This figure captures a spectral version of Ben with tentacles exploding from his torso, sprouting off in four different directions.