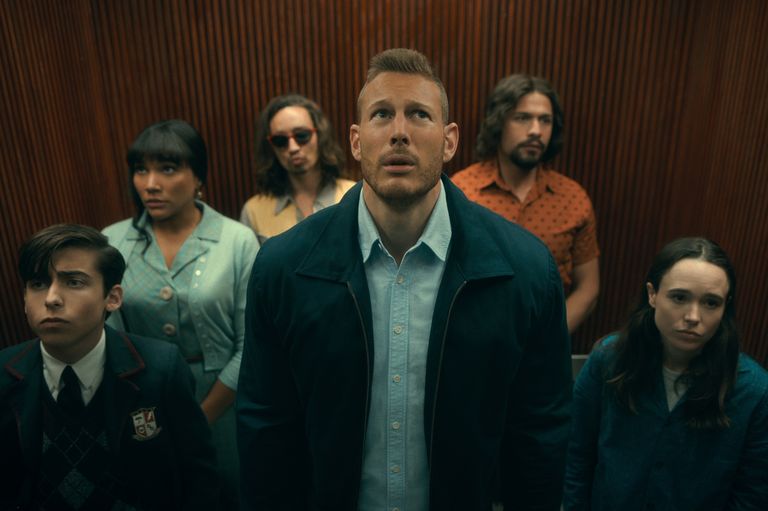 The Umbrella Academy season 3’s potential villains have been unveiled in a new set photo.

Known as the Sparrow Academy, some of the mysterious group (including Justin H Min’s Ben, or ‘Sparrow Number 2’ as he’s known now) are shown looming above Tom Hopper’s Luther Hargreeves, who lies nervously on the ground next to a flattened street lamp.

What kind of chaos has played out before this moment? We have so many questions. 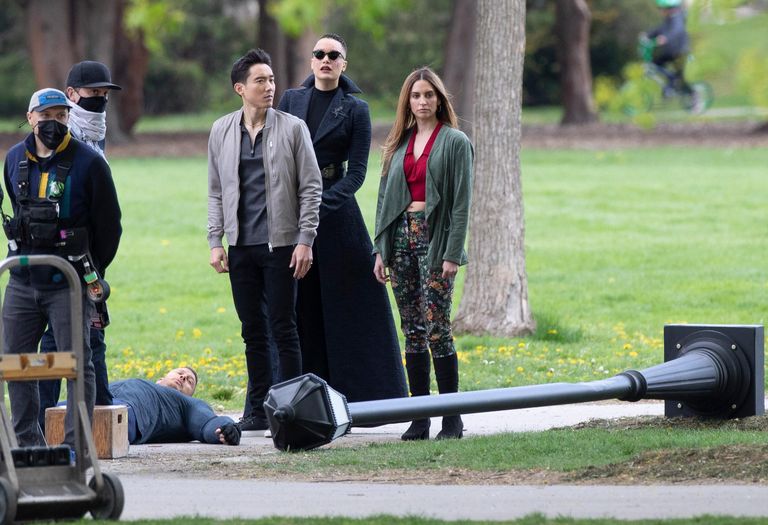 Previously, The Umbrella Academy showrunner Steve Blackman promised Digital Spy that whatever happens in the forthcoming episodes, the Sparrow Academy will “definitely shake things up”.

“[The Umbrella Academy] should be able to relax now,” he shared. “But something’s not quite right as they’ve come back. Because not only are these people saying they’re the Sparrow Academy, but [Reginald] Hargreeves is still alive, and he shouldn’t be, either.”

In case you needed a recap, season 2 of the Netflix comic book adaptation wrapped up with the Academy discovering in an altered 2019 that a still-alive Sir Reginald Hargreeves formed the Sparrow Academy instead of the Umbrella Academy.

This consisted of five different children as well as a floating green cube and Ben Hargreeves, who has no recollection of the Umbrella members.

The Umbrella Academy seasons 1-2 are now streaming on Netflix. Season 3 is currently filming.