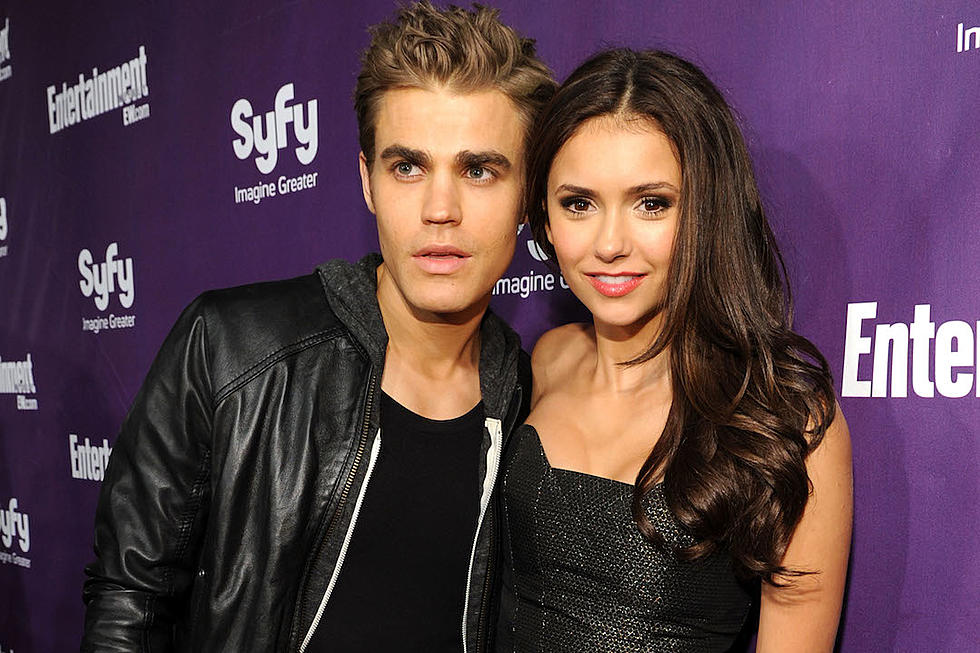 When the famous series of The Vampire Diaries burst on to the scene on The CW in 2009, viewers were immediately enamored. Set in the fictional town of Mystic Falls, the series followed Elena (Nina Dobrev), trying to find some normalcy following her parents’ death.

Just as she’s trying to rekindle her friendships, the mysterious Stefan Salvatore (Paul Wesley) comes to town. Elena is drawn to the brooding and mysterious young man, never realizing that he’s a vampire.

Though TVD is no longer airing, Dobrev and Wesley are super close. In fact, they just pulled Justin Bieber into an epic joke.

Nina Dobrev and Paul Wesley used to hate each other

If you’re a fan of The Vampire Diaries, then you know the love triangle between Damon, Elena and Stefan had some of the most palpable chemistry ever seen on a teen drama. However, they did not get along at all, at least in those first several months of shooting the series. On the Directionally Challenged podcast, Dobrev said,

Paul and I didn’t get along at the beginning of the show. I respected Paul Wesley, I didn’t like Paul Wesley. I remember everyone would walk up to me after the show aired and they’d be like, ‘Are you and Paul dating in real life?’

It’s not a school year without a decade dance. #TVD pic.twitter.com/R3KCcUoNui

Thankfully, the pair are extremely close now, and their disdain for each other never translated on-screen. “Everyone thought we had such good chemistry,” Dobrev explained on the Directionally Challenged podcast. “I realize now that there’s a fine line between love and hate. We despised each other so much that it read as love, but we just really didn’t get along the first five months of shooting.”

Wesley further explained why he and Dobrev didn’t mesh when they first began working on TVD. “I’ll totally back her up on this — we clashed the first couple of years in terms of just getting on each other’s nerves,” Wesley admitted on Instagram. “But then developed this wonderful friendship. So it’s a nice, happy ending.”

Now, Dobrev and Wesley remain the closest among everyone on TVD cast. “Of everyone, I think I probably see him the most and hang out with him the most,” she revealed. “We’re probably the closest. We hang out a lot. We’re really good friends. I love his wife. It’s so funny how time changes everything because I never thought he would be one of my best friends.”

We know Paul Wesley and Justin Bieber aren’t the same person, but have we ever seen them in a room together? Don’t miss Justin performing tonight at the #PCAs. Hey Paul, have any plans? pic.twitter.com/N2d4wljYaK

We’re so glad that Dobrev and Wesley put those feud rumors to rest. If they hadn’t, we wouldn’t have this glorious joke between them. On Nov. 14, E! News posted photos of a young Wesley and Justin Bieber holding babies. Fans were stunned to see how much the musician and the actor looked like one another.

The Vampire Diaries alum caught wind of the joke and hilarious quipped, “He’s my son.” Dobrev, after seeing the photos and Wesley’s comment, said, “Our love child.”

Though the actors’ characters were romantically involved in the show, they never dated in real life. In fact, The Farm actor dated her other co-star Ian Somerhalder for several years before they split.