Today is the Birthday of Lucifer’s Tom Ellis 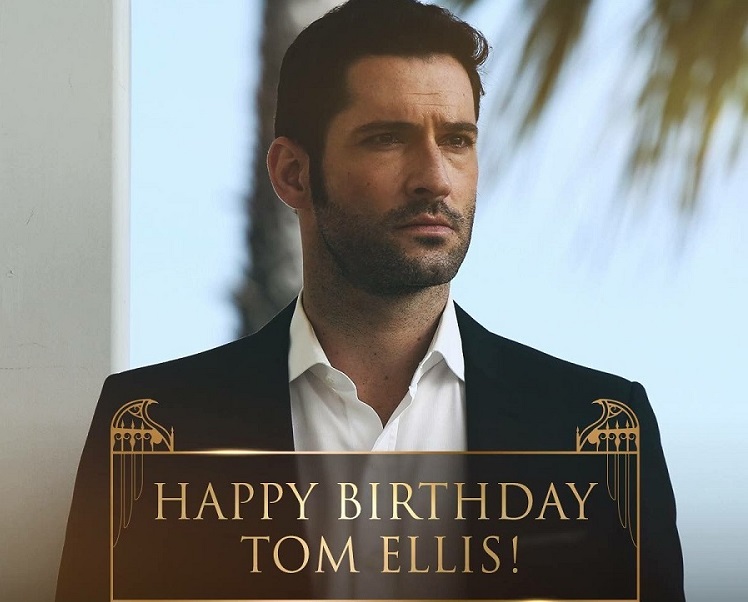 Happy Birthday Tom Ellis!!! We hope your day is filled with lots of love and laughter! May all of your birthday wishes come true

Now little about our beloved Tom Ellis. His full name is Thomas John Ellis. Ellis is born 17 November 1978 and he is a Welsh actor. Ellis is known for his roles as Gary Preston in the BBC sitcom Miranda and Lucifer Morningstar in the American series Lucifer. He has also appeared in the long-running BBC One soap opera EastEnders, the BBC sketch show The Catherine Tate Show and the BBC medical drama Holby City, amongst others.

Tom Ellis was born in Cardiff to Marilyn Jean (née Hooper) and Christopher John Ellis, Ellis attended High Storrs School in Sheffield and played French horn in the City of Sheffield Youth Orchestra. He went on to study BA Dramatic Studies at the Royal Scottish Academy of Music and Drama.

Ellis’s notable roles include Gary Preston in the TV show Miranda aired on BBC co-starred with Miranda Hart from 9 November 2010 to 1 January 2015; King Cenred in the BBC fantasy series Merlin; Justyn in Channel 4’s No Angels; and Thomas Milligan in “Last of the Time Lords” the series three finale of the BBC One science-fiction television programme Doctor Who. In July and August 2009, Ellis starred in the ITV comedy drama Monday Monday with Fay Ripley. He was also cast as Detective Inspector Bland in Agatha Christie’s Poirot. He starred as a Hollywood physician in the USA Network series Rush. In 2011, he appeared as Mark Etches in the British supernatural drama The Fades.

In February 2015, Ellis was cast as Lucifer Morningstar in the Fox series Lucifer, based on DC Comics’s publication and character of the same name, which premiered on 25 January 2016. The show was renewed by Netflix for a fourth season which was released on 8 May 2019. Season 5 (Part A) was released on 21 August 2020. On 23 June 2020, it was announced that Netflix renewed the show for a sixth and final season. He reprised the role of Lucifer during The CW’s The Flash episode of the Arrowverse crossover “Crisis on Infinite Earths”.