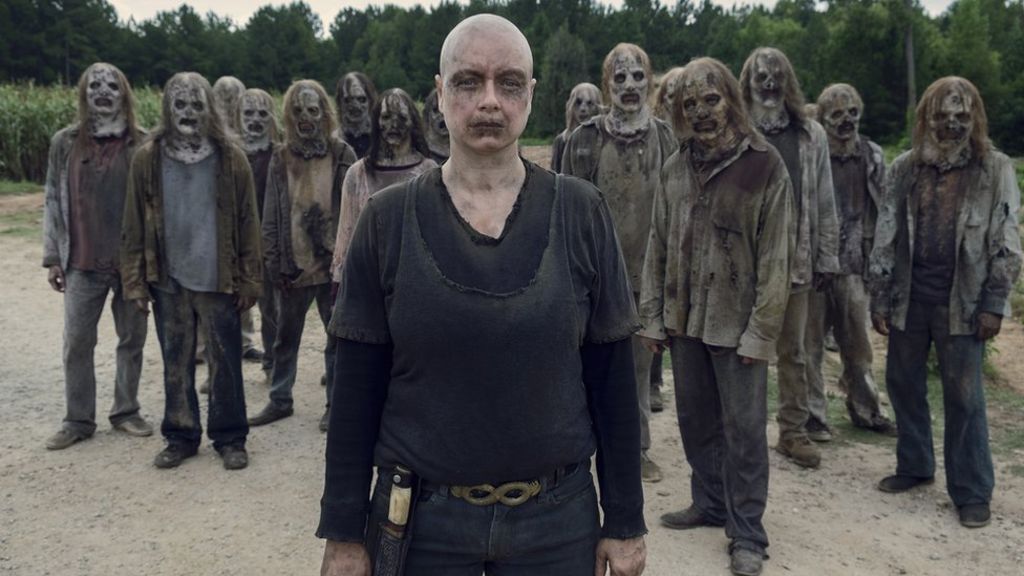 The Walking Dead fans have been left worrying for the fate of a main character, now that the actor who plays him has unveiled his drastically different new look.

Cooper Andrews, who portrays Jerry in the post-apocalyptic drama, took to Instagram on Thursday, April 16 to share his clean-shaven face and cropped hairdo with his followers.

And considering Jerry typically sports long locks and an unkempt beard on the show and bosses have already teased multiple deaths are set to occur in the season 10 finale, they’ve begun speculating whether his transformation means anything when it comes to his future involvement.

“Okay, so since everyone’s growing out their beard or their moustache, I figured I would shave mine,” he laughed. “It’s been the first time in a little over four years that I’ve done it this way and my face is cold.

“That is the only reason. I mean, there’s other reasons but that’s a reason,” he seems to tease.

“No more Jerry.. Jerry no beard is not Jerry,” a fan commented, as another simply stated: “RIP Jerry.”

“Jerry obviously dies then,” a third added, as someone else wrote: “You’ve got me scared for your character Jerry.”

“Noooo does this mean he dies on the show,” one asked, as another replied to them hopefully: “He can grow it back.”

“Nah he can’t, they start filming at the end of May. No way he gets it back in time. Jerry is toast,” someone who is not so optimistic clapped back.

Just last month, AMC announced that the eagerly anticipated season 10 finale has been postponed due to the ongoing coronavirus (COVD-19) pandemic.

“The current season will end with its 15th episode on April 5. The planned finale will appear as a special episode later in the year,” the network explained.

The Walking Dead’s season 10 finale will air as a special episode later this year on FOX in the UK. You can also catch up on the show via NOW TV. In the US, the show airs on AMC.

RELATED:
* ‘The Walking Dead’ – Showrunner Hints That The Release Is Very Close !