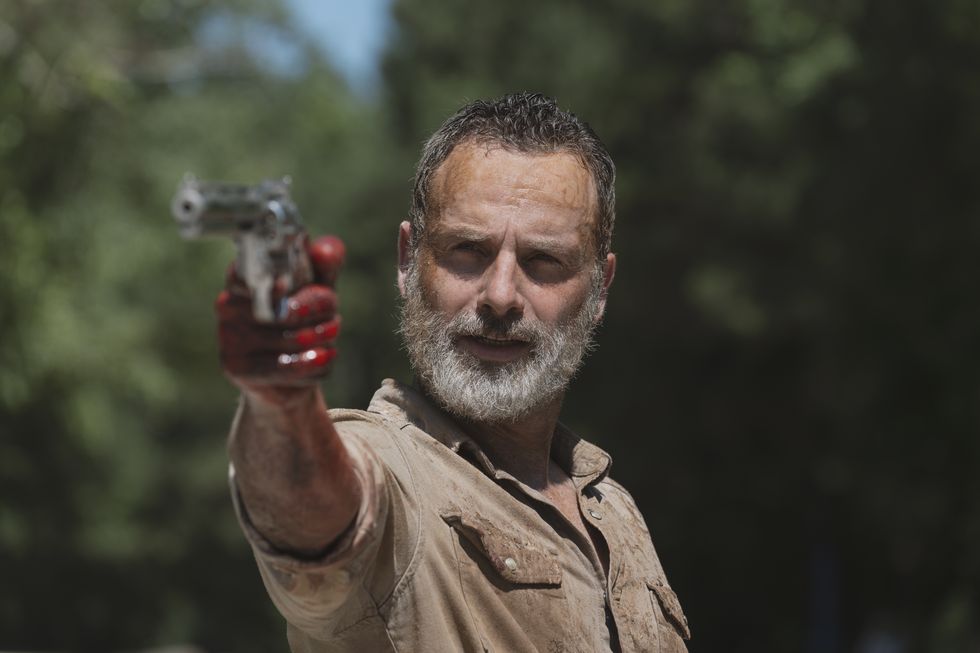 The actor Norman Reedus has shared that he’s tried to find out if Rick Grimes star Andrew Lincoln will appear in The Walking Dead’s final season.

The original leading man of the zombie hit, Lincoln left his role two years ago in dramatic fashion and will now continue Rick’s story via movie spin-offs.

However, Daryl Dixon star Reedus hopes there’s a chance his former co-star might get involved in the last episodes of the AMC show too.

He recently told Radio Times and other press: “You know, I was teasing him the other day on the phone. I was like, ‘You’re coming back for this last season, right?’

“He’s like, ‘Uh…’ you know, he won’t say anything. He won’t commit. But it’s very Andrew Lincoln to try to pull a fast one on me. So I don’t know. I have no idea. I literally don’t know. I wish I knew.

“I have a big mouth, so they probably wouldn’t tell me!”

Could he? Would he? Should he? It would certainly be a big deal.

Meanwhile, Lincoln himself offered a quick update on the Rick movies earlier this month.