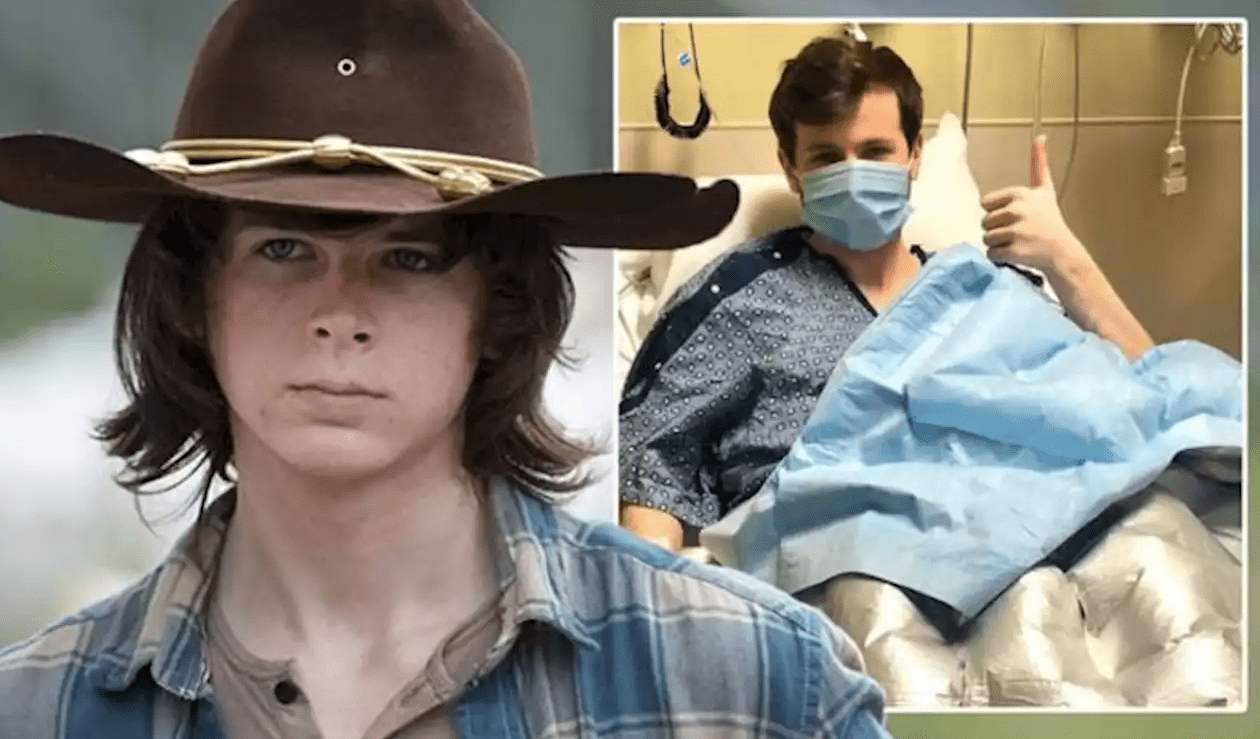 The Walking Dead star Chandler Riggs has been hospitalized, for “minor surgery” according to his mother Gina.

No word yet on what surgical procedure Riggs had, or why. The actor first made the reveal of his hospital status to fans over social media today, posting a picture of himself in a hospital bed with what looks to be a silver thermal blanket over his legs, all kinds of IVs in his right hand and arm, and a face mask. Riggs is seen giving a thumbs-up sign to signal he’s okay, with the photo cryptically captioned with the words “we back”. We wish him a speedy and easy recovery.

This is the first time that Chandler Riggs has given fans a scare by suddenly popping up in a hospital bed. The actor was thrown from a horse and suffered a major concussion in fall of 2019, with his mother revealing the injury to fans on Instagram. That accident result in a hard recovery for Riggs, including incidents of memory loss, and other physical disruptions. It had fans worried that life could imitate art, and Riggs could end up sharing Carl Grimes’ untimely fate.

This time, Chandler beat his mom to the punch, but Gina Riggs still had to post a motherly love tribute to her baby boy while he’s down and vulnerable:

“I had no idea he posted this picture. For all of you who are worried, he had to have minor surgery but is in recovery now. I’m with him and he’s doing well. Thank you for your kind words and well wishes.”

Oddly enough, surprise hospital visits are actually a step down for Chandler Riggs when it comes to the celebrity rumor mill. As stated, we wish Chandler Riggs a speedy and safe recovery.

You can get more info about the upcoming episodes, below:

In The Walking Dead Season 10C, set in the aftermath of the Whisperer War, “We find our survivors trying to pick themselves up by their bootstraps following the destruction the Whisperers left in their wake. The years of struggle weigh upon them as past traumas surface, exposing their more vulnerable sides. As they question the state of humanity, the state of their collective community, and the states of their minds, will they find the inner strength to persevere with their lives, friendships, and group intact?”