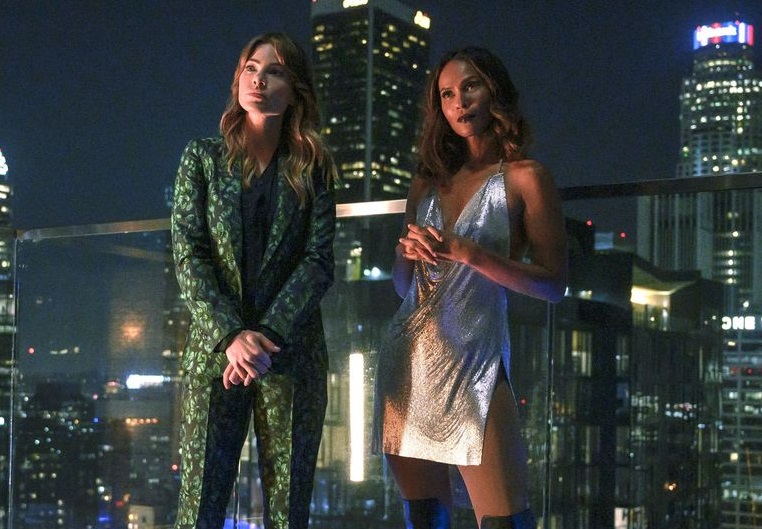 Lucifer boss Joe Henderson has dropped some hints about what we can expect from Maze in season 5B, revealing that the surprise arrival of God at the end of 5A will have a big impact on her.

Maze (Lesley-Ann Brandt), also known as Mazikeen, has endured a string of tragedies on the Netflix fantasy drama, having had her heart broken by Eve (Inbar Lavi) in season four before finding out that her estranged mother Lilith had died in season 5A.

Speaking to CBR, Henderson revealed that Maze will continue to struggle with her losses when season 5B arrives, although she may finally manage to get some answers from God (Dennis Haysbert) when she eventually comes face to face with him.

“Maze was left with a really raw, open wound at the end of Season 4,” said Henderson. “She finally found love and then had her heart broken. So much of Season 5 is her dealing with rejection.”

He continued by saying that Maze “had the biggest wound of all” the show’s characters, explaining: “We had to figure out how to heal, and to take our time to explore that process. Her mother’s death, being manipulated by Michael (Lucifer’s twin, both played by Tom Ellis) – on top of everything – she’s about to heal, and then this new information makes things even worse.

“And so God is an interesting figure to enter into her life because she has questions. Why am I made this way? She’s also got someone to blame standing right in front of her.”

Actress Brandt has already teased that Maze and God’s first on-screen meeting is something for fans to look forward to, revealing last summer that there is a “great scene” in the pipeline.

“You get to see my demon face in that scene, I think I can drop that in there!” she revealed.

Unfortunately we still don’t know when we’ll actually get to see season 5B, with the COVID-19 pandemic having delayed its release. But the show’s production team are just as keen to have it out there as we are, as the show’s writers revealed on Twitter earlier this month that they are “dying” to let fans know an official release date.

In the meantime we’ll have to wait a lot more patiently than Lucifer Morningstar would for the next set of new episodes, while the Lucifer team are also hard at work on the show’s sixth and final season.