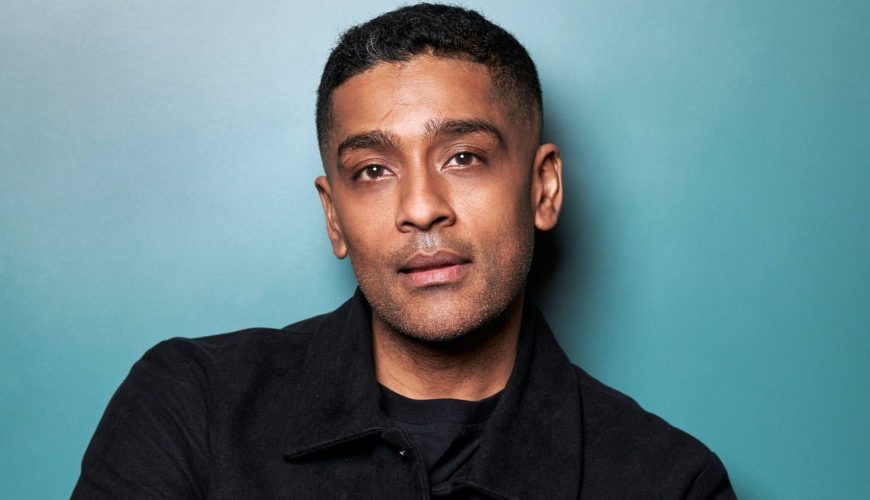 The Wheel of Time actor Alexander Karim recently spoke about the importance of his role as Lews Therin Telamon and the incredible scale of Amazon’s latest fantasy epic.

Karim, who is already a rising film star in Sweden, was keen to explain to Swedish website Filmtopp how his character is of pivotal importance to the entire story, despite only being seen briefly in the Season 1 finale. “The series is called the Dragon’s Return and I am the Dragon,” said Karim, speaking in Swedish. “I’m the original Dragon, he who comes later is the main character, but three thousand years ago I existed and I set the new world order in motion by fucking everything up.”

The Swedish title of The Wheel of Time — Sagan om drakens återkomst — translates to “The Saga of the Dragon’s Return.” This twist led Karim to joke, using the English title for the series, “I’m the title character in The Wheel of Times [sic], it might as well have been called Alexander’s Return.”

Translation puns aside, Karim is hardly exaggerating the importance of his role. Lews Therin was the most powerful magic user alive in an era of prosperity and magical advancement, earning the title and leadership position of “the Dragon Reborn.” Failing spectacularly to destroy the evil Dark One, Lews Therin not only geographically changed the world but tainted magic in such a way that any male magic users were doomed to go insane with power. Set 3,000 years later, the main story of the series sees a world still reeling from Lews Therin’s actions.

In author Robert Jordan’s books, Lews Therin is frequently present as a voice in the head of his reincarnation, Rand al’Thor (played in the show by Josha Stradowski). While the show initially kept the identity of the latest Dragon Reborn a mystery, it was unclear if Lews Therin would appear in any capacity before Karim’s debut in the final episode of Season 1.

Most audiences might not recognize Karim, but he has recently garnered much acclaim in Sweden as both an actor and author. With his star turn in the 2018 TV drama The Lawyer, Karim became the first Black actor to lead a primetime Swedish drama. In 2019 he published his first novel and a children’s book. He remains an active writer, makes celebrity appearances and is slated to star in two Swedish TV shows coming out in 2022.

Karim admits that he is not a fantasy fan and initially declined his Wheel of Time role, not understanding the scope of what he was turning down. After a short time on set, however, he was in awe of the production. “The filming was crazy big…” Karim said. “If you’re a film geek like me, it’s absolutely amazing. I asked if they had built a set for the whole shoot, but it was only for one day… It’s Spielberg-sized on this.”

Whether there are plans to expand Lews Therin Telamon’s story through flashbacks, or an actor with leading-man capabilities was brought in for a brief cameo, casting Alexander Karim as the original Dragon is one sign that The Wheel of Time isn’t cutting any corners.

The Wheel of Time has been renewed for Season 2, and Season 1 is streaming now on Prime Video.

My name is Damyan Ivanov and i was born in 1998 in Varna, Bulgaria. Graduated high school in 2016 and since then i'm working on wordpress news websites.
Alexander Karim, News, The Wheel Of Time, TV Series