The star from The Witcher, Henry Cavill just appeared in picture of happiness as he was seen for the first time with his new blonde girlfriend.

The actor, 37, beamed and held hands with his new ladylove as they walked through London with his beloved dog Kal on Tuesday.

Henry cut a casual figure in a waxwork jacket and jeans for the low-key outing. 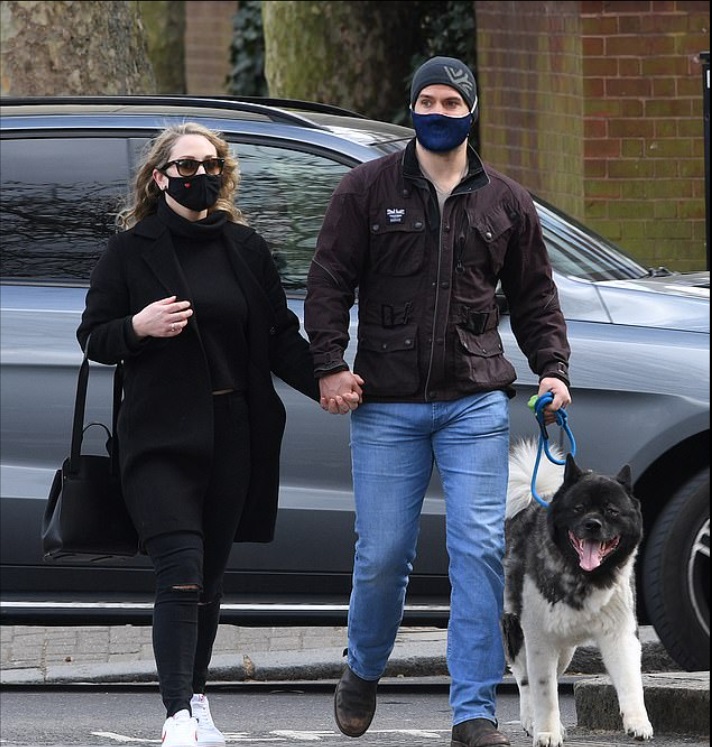 The Superman star teamed the look with blue jeans and donned a beanie.

In keeping with the pandemic, Henry opted to wear a navy face mask for the walk.

The actor’s girlfriend, meanwhile, opted for an all-black look which comprised of a turtle neck and ripped denim jeans.

Henry was previously engaged to professional show jumping rider Ellen Whitaker but they split in 2011, shortly after the proposal.