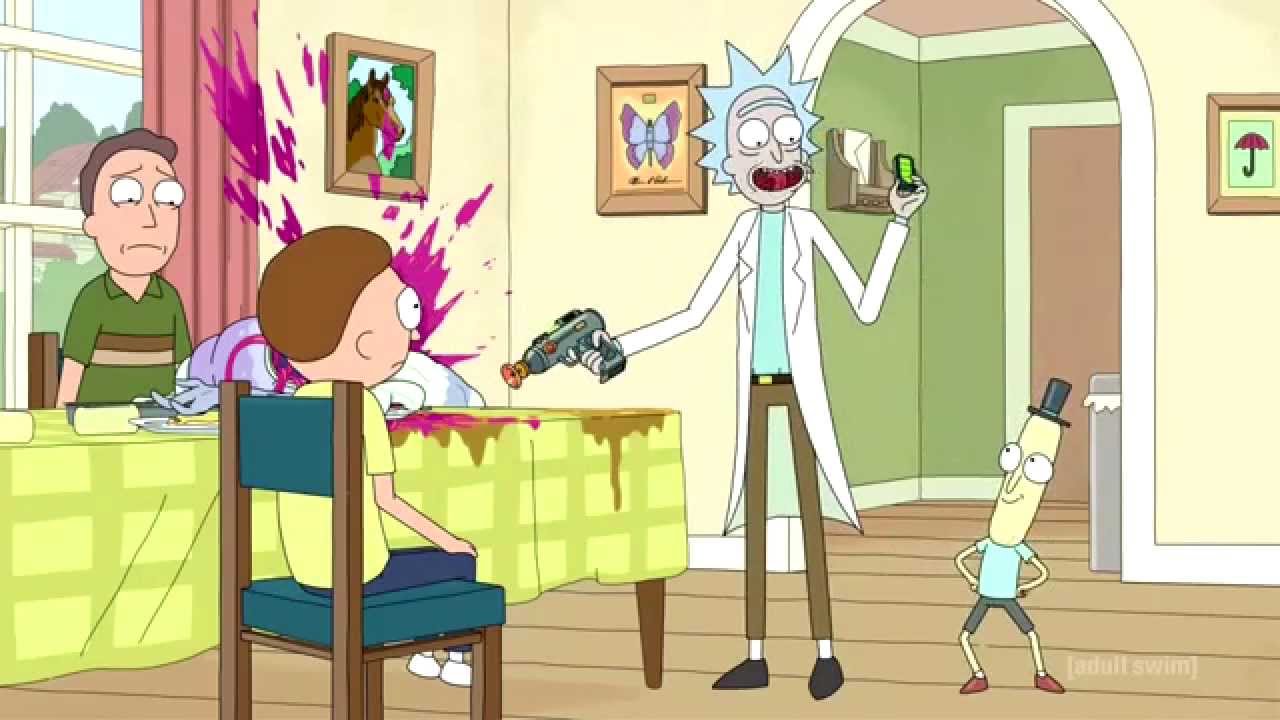 Oooohwee! It’s here! Season four of Rick and Morty has finally landed. It’s been a two-year wait and the excitement for this new season is as high as ever.

Yes, the wait has been excruciating, but what made it even worse was being teased by stills and trailers packed with amazing new footage. Many beloved old characters were shown to be making a comeback: we already saw the Meeseeks wreak havoc and Gearhead made a quick appearance. But one little guy we haven’t seen yet in these first two episodes is Mr Poopybutthole.

You have to wonder, how is it that four seasons into the show we still haven’t been given an answer to who (or what) the hell Mr Poopybutthole even is?

In a recent video, The Film Theorist came up with the most believable yet mind-blowing fan theory to answer this question, and season four might have already given us all the clues needed to confirm it.

What if Mr Poopybutthole is in fact a Morty from an alternate universe?

To recap, Mr Poopybutthole was introduced back in season two. In the episode ‘Total Rickall’, the Smith family home is invaded by alien parasites disguising themselves as friends and family members by implanting positive memories into the humans.

‘Total Rickall’ is still one of the most mind-bending concepts of any TV episode ever made. And amongst unforgettable characters like Uncle Steve, Cousin Nicky, Mr Beauregard and Reverse Giraffe, the episode saw the birth of our very own Mr Poopybutthole.

Now, while all of the other guys get killed as the Smiths realise that the parasites can only create good memories, Mr Poopybutthole seems to have fooled us all by surviving the carnage.

Yet, the suspicion that he too might be a parasite is not just implanted into us but into the Smiths as well, and when Beth shoots one last shot into Mr Poopybutthole’s side, to all of our surprise, he doesn’t turn into an alien leech but is, in fact, left bleeding on the floor.

But as we say goodbye to Mr Poopybutthole by watching him go through physical therapy and apologise to the Smith family for not giving them any bad memories, the question remains – who is Mr Poopybutthole and where did he come from?

Funnily enough, series creator Dan Harmon has given away his own “theory”. He said this in an interview with Cinemablend in 2017:

“How about Mr Poopybutthole – just as where there’s flies, there’s spiders – wherever these parasites start blooming, Mr. Poopybutthole is a different species who is more benign, or more advanced?

“He subsists on lives like the way that hermit crabs steal other shells. Maybe Mr Poopybutthole takes advantage of the holes put in your memory and kind of burrows into those pre-existing holes.”

Now, that first episode in season two where Mr Poopybutthole first appears already confirms his memory-manipulation powers. If you look closely at the title sequence, he is there, all along, with Rick and Morty on their adventures.

So, as Harmon said, he is not simply creating new happy memories like the other parasites – Mr Poopybutthole seems to have stronger and more advanced powers, as he exploits the hole in the Smiths’ minds – and ours too as viewers – to insert himself into pre-existing memories.

If we take a look at his actions during that first episode he appears in, he behaves exactly like the other parasites, trying to prevent the Smiths from starting their hunt and triggering flashbacks to bring in other parasites. So Harmon’s ‘theory’ seems to be more than just a theory.

Unfortunately we didn’t get to see much of this little guy throughout the rest of the series, but he made a brilliant return in a web special at the very end of season three, in which we get A LOT of insight into his life by taking a look at his scrapbook, fittingly titled The Poop in my Pants.

And – oooohwee again – there is a lot to unpack here.

First thing we learn is that Mr Poopybutthole went to the same school as Morty, just in a different universe, as his bears the flag of the Galactic Federation. There he meets a cute redhead he ends up getting married to (an alternate universe Jessica?) and start a family with.

There are also clues in there that hint at the existence of other alternates in Mr Poopybutthole’s universe, like a note signed by Summer and picture of Cronenbergs, those hideous creatures accidentally created by Rick’s potion.

We’ve now seen in many instances that Mortys come in all different shapes in sizes (and species and shirt colours) not all resembling our Morty in universe C-137. The first episode of season four has introduced us to wasp, shrimp and Nazi universes where Ricks and Mortys exist.

Heck, there was even a mobile game about collecting all the Mortys. And come on, both Morty and Mr Poopybutthole are voiced by Justin Roiland – what more evidence do you need?

So it’s not that hard to believe that somewhere out there, there is a universe of Mr Poopybutthole-shaped parasite people with a Morty and potentially a Rick.

But equally it might be that Mr Poopybutthole’s Rick died and didn’t manage to get cloned as we saw almost happen in the season-four premiere.

Though why is any of this relevant, you might ask?

Well, first of all we don’t believe the creators of the show would have planted this seemingly innocuous little fella into the show years ago and have him resurface time and time again giving us more and more hints about his backstory to then not do anything with him.

Second of all, in the season-four trailer we see that Mr Poopybutthole is set to return this season. He is apparently on some sort of tenure track and gets involved in beating up his students as they try to attack him.

So we now know that he’s a parasite, that he’s a Morty, and he’s coming back. Should we be fearing Mr Poopybutthole? Possibly. We don’t know what his intentions are in this universe. And we have already seen one Morty break bad in this season, it wouldn’t be too far-fetched for another one to do the same.

But whatever happens, at this point the show’s got some explaining to do.