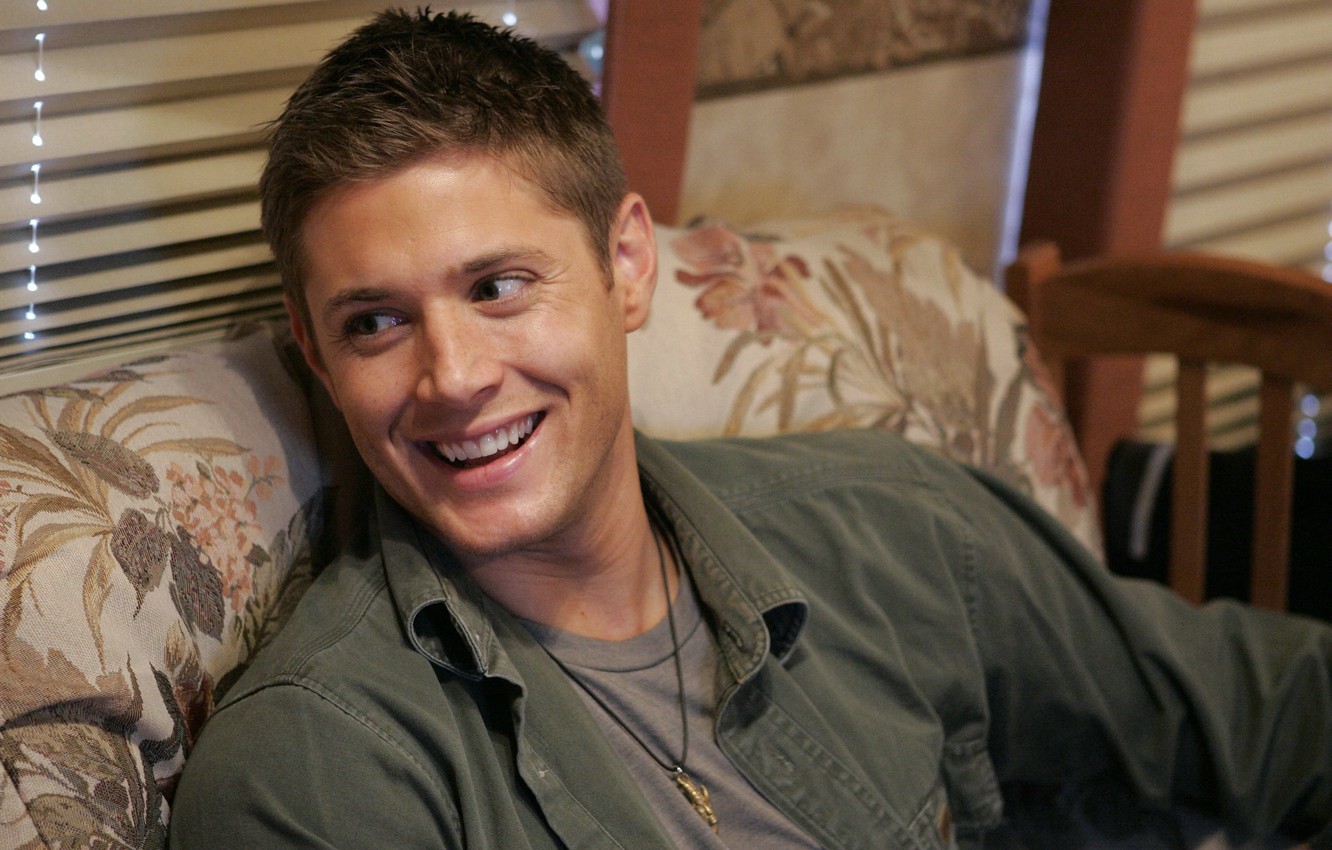 Happy Birthday Jensen Ackles!!! We hope your day is filled with lots of love and laughter! May all of your birthday wishes come true.

Jensen is a sports junkie. He loves football, lacrosse, baseball and basketball. He even played on the baseball and lacrosse teams in high school. The 6′ 1″ actor first started modeling when he was just 2 years old. When he turned 4, he started appearing in TV commercials for Nabisco, RadioShack and Wal-Mart. He caught the acting bug because he was mostly influenced by his father, who was an actor in Dallas. He used to watch his father study scripts, and that taught him a few things about the industry. During his later years in high school, he started taking theater classes, where he claimed he was the only “jock” in that department. When he was just a sophomore, a friend of Jensen had asked him to attend a local acting seminar. Two guys, Craig Wargo, and an agent, ‘Michael Einfeld’, were interested in Jensen’s talent and wanted him to go to Los Angeles with them.

Jensen had to say no to the offer and admitted at one point, he thought they would forget about him but, eventually, when he went to Los Angeles, he still managed to get help from them. Prior to that, Jensen actually planned to study sports medicine at Texas Tech University and become a physical therapist, before he decided to move to Los Angeles to give acting a try. In 1996, he managed to secure guest roles on several TV shows, which included Wishbone (1995), Mr. Rhodes (1996) and Sweet Valley High (1994). Jensen’s big break came when he was cast in the NBC soap opera, Days of Our Lives (1965), as Eric Brady in 1997. He won a Soap Opera Digest Award for Best Male Newcomer in 1998, and was nominated three times in 1998, 1999, and 2000 for a Daytime Emmy Award for Outstanding Younger Actor in a Drama Series for his work on Days of Our Lives (1965). After spending about three years on a soap set, he left Days of Our Lives (1965) and went on to appear in the mini-series Blonde (2001), which was about the life of Marilyn Monroe, playing Eddie G. He also auditioned for the role of Clark Kent on Smallville (2001), but lost the part to Tom Welling, instead.

Not giving up hope, he went for a few auditions and managed to secure a guest role on the popular James Cameron TV series, Dark Angel (2000), as serial killer Ben/X5-493, the brother of main character Max/X5-452, who was played by Jessica Alba. His character died in the episode, but Jensen eventually returned to the show as a regular in the second season as Ben’s clone, Alec/X5-494 and continued on until the show’s cancellation in 2002. In 2003, he joined the cast of Dawson’s Creek (1998), playing the role of C.J., Jen Lindley’s lover. He also filmed episodes of the TV series, Still Life (2003), playing the role of Max Morgan, not knowing that the series was actually dropped. He also had a small role in the short film, The Plight of Clownana (2004), playing the role of Jensen. That same year, he was offered the part of Eliza Dushku’s love interest on the second season of Tru Calling (2003). Jensen, however, turned down the role which was later offered to another actor, Eric Christian Olsen. He was subsequently cast on Smallville (2001), as Assistant football coach Jason Teague, the new love interest of Lana Lang. In 2005, Jensen managed to earn a lead role in the movie, Devour (2005), playing the role of Jake Gray. Jensen also earned the opportunity to work his father, actor Alan Ackles, who happened to play his character’s father, Paul Kilton. The movie, however, received mixed reviews from the public.

That same year, Jensen joined the cast of the CW series, Supernatural (2005), where he plays the role of Dean Winchester. Dean and his brother Sam, who is played by Jared Padalecki, are brothers who drive throughout the United States hunting paranormal predators, sometimes with their father, John Winchester, played by Jeffrey Dean Morgan. It was reported that the creator of the show, Eric Kripke, mentioned that the show will last for a maximum of five seasons. In 2006, Jensen took on a role in the Independently filmed comedy/drama movie, Ten Inch Hero (2007), which explores the theme of honesty and the flaw of judging by appearances. In 2007 the film began a limited run at number of film festivals including the Newport Beach Film Festival, Phoenix Film Festival and the Santa Cruz Film Festival but never made it into major mainstream theatrical release. In the Spring of 2008 Ten Inch Hero was released onto DVD exclusively through Blockbuster. Jensen however, received high praise for his work as Priestly, who one of the movie’s more quirky characters.

From June 5-10 in 2007 Jensen had his professional stage debut as Lt. Daniel Kaffee in “A Few Good Men” at Casa Manana Theatre in Fort Worth, Texas, working along side Lou Diamond Phillips. This proved to be another successful acting venture for Jensen, as critics were impressed with his work in this role. During his free time, Jensen enjoys golfing, horseback riding, scuba diving and photography. He is also a big fan of country music. His favorite musician is Garth Brooks. He even sang back-up vocals on good friend Steve Carlson’s albums “Spot in the Corner” and “Rollin’ On.” In the summer of 2008 Jensen traveled to Kittaning, PA to film the horror/thriller movie, My Bloody Valentine (2009), which was filmed in the cutting edge Real D technology, Jensen played the lead role of Tom Hanniger and starred alongside Jaime King and Kerr Smith.

Jensen splits his time between Vancouver, British Columbia where he films Supernatural (2005) and his home in Austin, Texas.