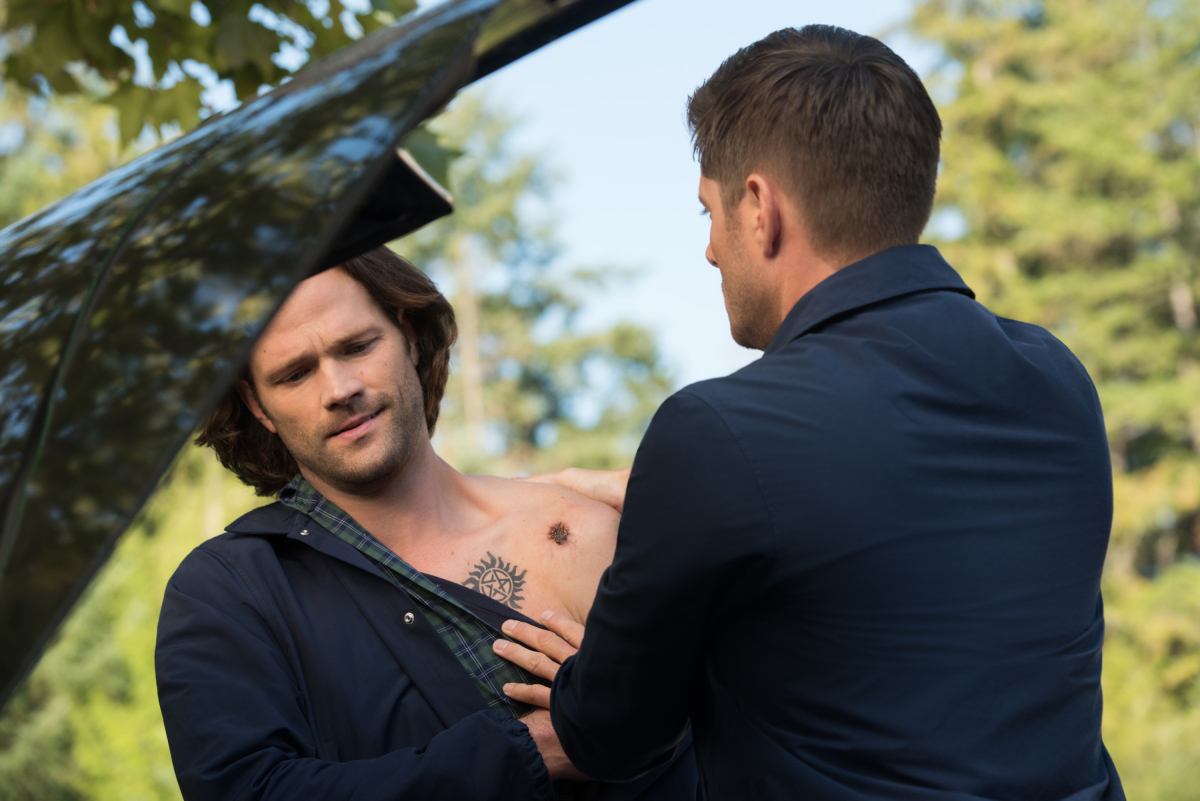 Maybe Supernatural ended but the uncovncious love between Jared Padalecki and Jensen Ackles will live on.

Longtime fans of the show are well aware of Sam and Dean Winchester’s quirks and personalities, but what about the actors behind them? Ackles and Padalecki love sharing anecdotes about one other off camera, including some of their best kept brotherly secrets. Once, Ackles told a story about his friend’s icky habit that he said happens “every time.”

Jensen Ackles and Jared Padalecki are close like real brothers

For 15 years, Jensen Ackles and Jared Padalecki played the Winchester brothers on screen, but behind the scenes, they’ve been just as close. They hit it off when Supernatural began back in 2005 and at one point, the pair even lived as roommates.

They’ve been in each other’s weddings, they both put down roots in Austin, Texas (their home state), and promote each other’s businesses. Way back in 2014, Padalecki summed up their friendship during an appearance at the TCA Summer Press Tour.

“I would be doing it a disservice to try to put into words what I’ve been through with Jensen,” he said. “We’ve more than grown up together. We went from single 20-somethings to fathers, husbands, and it’s hard to quantify in a few short sentences exactly what all that encompasses,” Padalecki shared, according to PopSugar.

They’ve been around each other on and off camera for years have a bond that’s as real as Dean Winchester’s love for pie.

I just wanted a goldfish…. @mishacollins had to go and mess it up!! @JensenAckles @WilliamShatner pic.twitter.com/LtpTAOZEX8

Ackles pegged Padalecki’s gum habit as one of his worst

When Padalecki and Ackles attended the 2018 Seattle Supernatural Convention, they answered some fan questions. Ackles took the opportunity to point out a pet peeve of his about his co-star, and this one revolved around chewing gum.

Padalecki often popped by Ackles’ trailer to run lines or hang out. But according to Ackles, every time he’d come through, he would take out his gum and stick it on the counter.

“I’ll walk over and I’ll see it and I’ll be like, ‘Why?’” Ackles explained, adding that his friend always picked it up and put it back in his mouth. Padalecki’s reason? He’s not finished with it.

While telling the story, Padalecki joked, “Gum tastes better when it’s been exposed to oxygen. That’s why you smack it.” He insisted it’s the truth and urged fans to go home and try it.

Padalecki annoys his wife with his wet laundry

During the same convention, Padalecki spoke about which of his habits bothers his wife, Genevieve. He said when he gets home from the gym, he’ll start showering with his clothes on “to get the sweat off.” Then, he takes the clothes off, wrings them out, and places them strategically around the bathroom to dry.

“I’ll kind of put the pieces in the bathroom — like one over the bath nozzle, one over the side of the bath — because I don’t want them to be moldy,” Padalecki said to laughter. He added that his wife gets so mad from finding damp socks, shirts, and other dirty items randomly scattered around the bathroom.