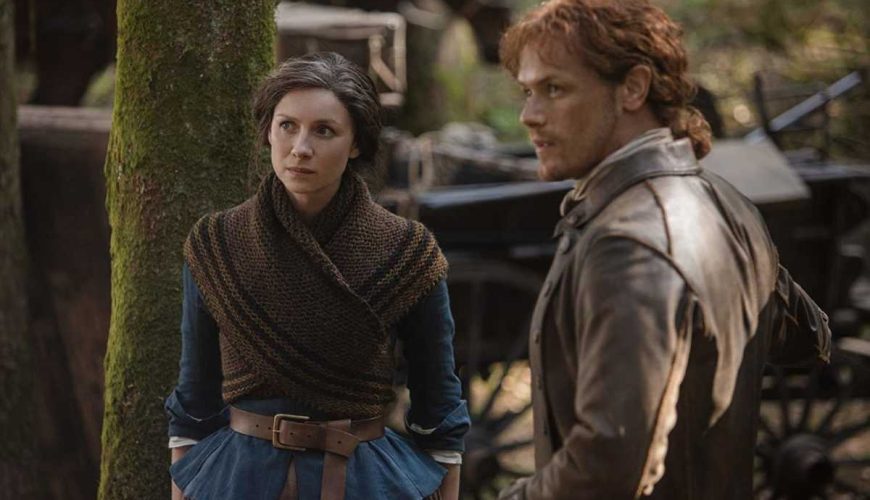 Outlander Season 6, Episode 3 was a heavy episode that brought some outstanding moments. Here are the top five from the whole episode.

I want to make something clear before we get into this post. When I say “best” moments, it really should be “top” moments or “standout” moments. You see, these moments aren’t always positive. I focus on the moments that push the storyline forward, offer a little bit of humor, or offer us some of the best acting of the series.

The best acting is one of those for this post. Cesar Domboy hasn’t really had a chance to shine in this series so far. This episode brought it from start to finish. However, our hearts broke for Fergus throughout the scenes.

Roger’s comment about Lizzie and the Beardsley twins
There was a humorous moment during the episode. Brianna wondered whether it was time to find a husband for Lizzie. Would Evan Lindsay be a good choice?

We know who Lizzie will end up being with. There’s certainly plenty of flirting going on. It looks like people are seeing the flirting and the Beardsley twins’ protective nature. Roger makes it clear that there would be a couple of men who wouldn’t be so happy with Lizzie being married to Evan Lindsay.

Tom apologizing for his reaction to the operation
We then move onto a quiet moment with Claire and Tom. I did enjoy seeing the two talking at various points of the episode, making it clear that Tom is forming feelings for Claire. However, there’s one moment that stands out above all the others in Outlander Season 6, Episode 3.

He apologizes to Claire about how he reacted during the surgery. He doesn’t need to in Claire’s mind. However, Tom feels like Jamie wouldn’t have reacted like that. It’s clear that he compares himself to Jamie, and that’s what makes him hate Jamie so much. If only the sin of pride didn’t get in the way.

Fergus explaining the life of a dwarf to Claire
We knew life would be hard for Henri-Christian the moment we learned he was a dwarf. This is a time period where people believe in Changelings and leave sick newborns out to die thinking they are a faerie.

What we don’t really understand is what life would really be like for a dwarf. Fergus has first-hand experience with a man he was friends with. This man was a dwarf in Paris, and Fergus goes through what life and even death was life. It’s a heavy moment, but it helps us understand Fergus’s mental state more, and that’s important for this episode.

Marsali telling Fergus about murdering Lionel Brown
Jamie and Marsali decided to keep Marsali’s actions in killing Lionel a secret. However, secrets come out, and Marsali decides to tell Fergus that she killed Lionel. This is supposed to be a way for her to show that she doesn’t need Fergus to protect her the way that many women would want. Marsali can protect the family too.

This has the opposite effect, though. It just makes Fergus believe even more that his family doesn’t need him. It leads us to the last top moments from Outlander season 6, Episode 3.

Fergus attempting to take his life
With everything that happens in the episode, Fergus decides to do the unthinkable. He believes everyone would be better without him, and makes the choice to take his own life.

Fortunately, Jamie sees him before it’s too late. He rushes over and prevents Fergus from going through with it. We have this powerful moment with Domboy showing off his skills. He didn’t even need all the words. It was easy to see what was going on in Fergus’s mind throughout the episode with just Domboy’s facial expressions.

My name is Damyan Ivanov and i was born in 1998 in Varna, Bulgaria. Graduated high school in 2016 and since then i'm working on wordpress news websites.
News, outlander, Outlander 6, Outlander 603, outlander season 6, Outlander Season 6 Episode 3, TOP 5, TV Series