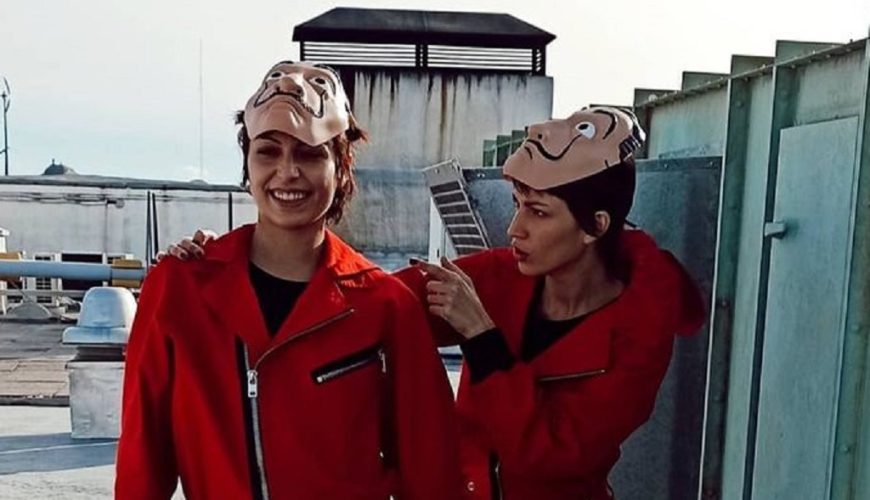 You’re not going to believe it but you’re going to have to because there’s a celebrity who has a doppelganger and it was she herself who introduced her to the whole world. Yes, yes, although it sounds surreal, Úrsula Corberó herself roams the world knowing that there is a person just like her on the streets and that is why she wanted to share it with all of us, you are going to hallucinate.

That’s right, Úrsula Corberó has presented her double to the world , a person who also embodied her role as Tokio in ‘La Casa de Papel’ and is that she was in charge of posing as her in the most risky scenes , where there was revelry and shootings. We have discovered it by inquiring on Instagram , where we have been able to see a photo of the shooting playing ‘who is who’ and trying to get the similarities.

After this we have been a little thoughtful and it is inevitable not to think who would be our person in the event that we were actresses… Doesn’t it happen to you too?

Carolina Barral , the double of which we spoke to you, was the one who shared some photographs with the actress , accompanied by some nice words towards her partner. “I am speechless to thank you for everything you welcomed me and what I learned from you. Great Ursu, very great.”

We have been stunned and it is that comparing both in the photographs well… Although physically they are not identical… They give the hit that you do not see! Judge for yourself.

Lately we haven’t stopped with the ‘ cast ‘ of ‘ La Casa de Papel ‘ and in a blink of an eye, the different actors are giving us brutal content: Esther Acebo ‘s pregnancy and childbirth , Úrsula Corberó ‘s visit to Jimmy Fallon , the burning of the house of Miguel Herrán (25) , Enrique Arce with Jennifer Aniston (53) and Adam Sandler… And now this… What is going to be next with which the already famous protagonists of ‘Money Heist’ ?

My name is Damyan Ivanov and i was born in 1998 in Varna, Bulgaria. Graduated high school in 2016 and since then i'm working on wordpress news websites.
La casa de papel, Money Heist, News, TV Series, Ursula Corbero