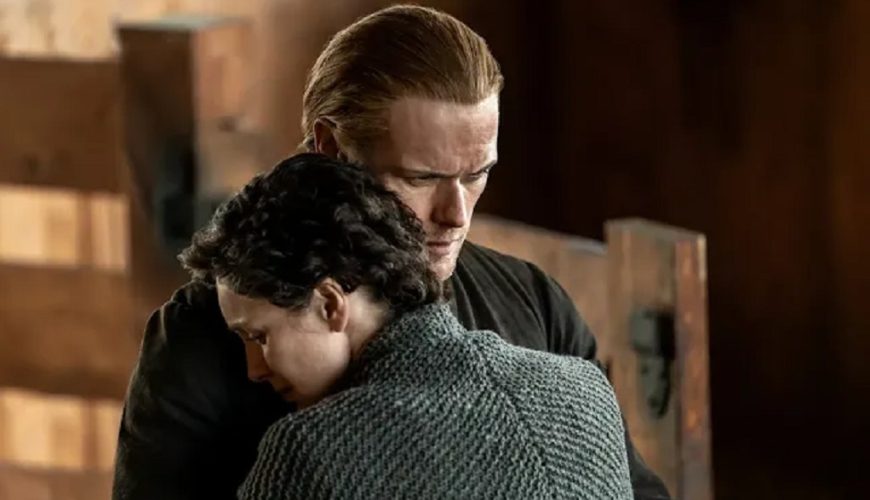 There are SPOILERS for OUTLANDER Season 6 below! If you don’t want to know yet, stop reading now.

I have been struggling to deal with my reaction to what the writers have done to Claire’s character over the course of Season 6. I thought I’d share my thoughts here, in case others feel the same way.

I found the OUTLANDER books in 2006, and I have re-read (or re-listened to) the books more than 20 times. I think of Claire — books or show, it doesn’t matter — as a real person, almost like a close friend or family member. This is part of Diana Gabaldon’s gift as a novelist, to make us care so deeply about these characters that they seem like real people.

So the thought of Claire on the verge of some sort of mental breakdown (“her sanity hanging by a thread”, as I put it in my recap of Episode 607) makes me very upset. And angry, too, that the writers would do this to a beloved character. There is a sense of helplessness, watching a character I love being put through such a harrowing ordeal, knowing I can’t do anything to make it better.

And fear, too, because I am desperately afraid that the writers might destroy Claire’s sanity or traumatize her to such an extent that she will not recover. What’s going to stop them, at this point? Will she be permanently damaged by this experience, so that it continues to affect her even as we move into Season 7?

I do not like this, AT ALL. I want it to STOP. PLEASE!!! And I am not convinced that the very emotional scene in Episode 607 where Claire confesses everything to Jamie has put an end to it.

But that’s not all I’m feeling. Thinking back over the past weeks, my reactions to this whole plotline have covered a range of emotions. Anger. Frustration. Helplessness. Fear. Despair. Sadness. Depression. (The last three of those, I felt mainly in EP607, which was much too dark and depressing for my taste.) That’s a lot for viewers to have to deal with, and I am not surprised to hear that some people have stopped watching on account of it.

I really am starting to wonder if they deliberately set this up as a direct parallel to Wentworth, to push Claire to a psychological breaking point, just as Wentworth did to Jamie.

Those feelings I listed above? They could describe my reactions on the first reading of OUTLANDER, when I did not know Jamie would live through it. It’s been more than 15 years, but I remember that feeling very well. “How could you DO this to him?!?? You’ve RUINED him!” I was devastated. And I can see very strong echoes of that reaction in the way I’m feeling now.

I think it’s probably a good thing that next week is the last episode of the season. I need a break from TV Claire for a while! It’s just becoming too emotionally intense, too upsetting. I have been saving the audiobook of BEES for after Season 6 is over, and I am looking forward to immersing myself in Diana Gabaldon’s words and her version of the characters. Because, as I have said so many times, no matter what they do in the show, the books will always be there. After what we’ve been through in this episode, it will be a relief.

I have enjoyed many parts of this season, and I will certainly be watching the season finale this Sunday. But what they’ve done to Claire casts a pall over all of Season 6, IMHO, and that’s a real shame.