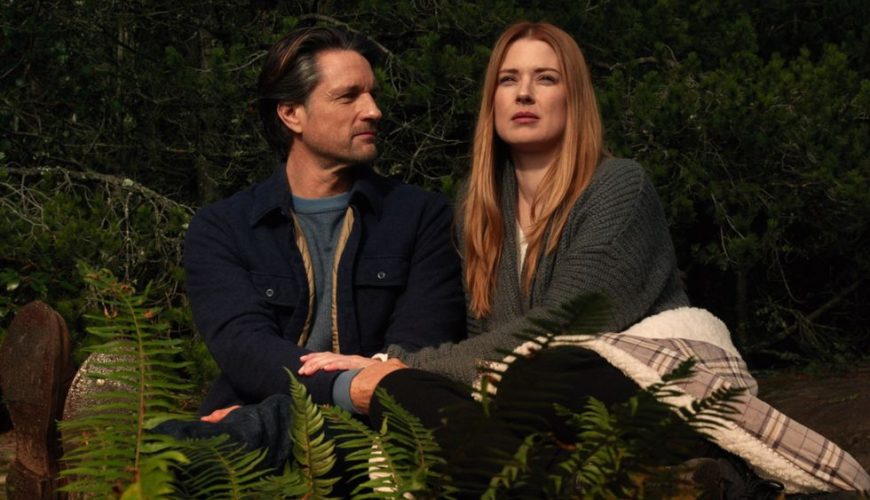 Filming for Virgin River season five is underway – and judging by the behind the scenes pics Netflix has released, there’s plenty for fans to speculate about.

While the streaming site is yet to announce a premiere date for the upcoming season, cast and crew have been very busy in sharing their filming schedules on social media.

As Virgin River fans will remember, season four ended with Denny revealing he has Huntington’s disease and Jack proposing to Mel as well as the reveal that he was the father of Mel’s baby but not Charmaine’s children.

And if the behind-the-scenes photos from season 5 are anything to go by, there will be plenty more drama on the way.

Mel’s engagement to Jack caused tension with the town’s new doctor Cameron Hayek, who she had grown close to throughout season four. In the season finale, he decided that he would be leaving for good.

However, considering that Mark Ghanimé can be seen filming for the upcoming season, things might be more complicated. Has Cameron been convinced to stay?

While speaking to TVLine, new series showrunner Patrick Sean Smith remained tight lipped on the character’s upcoming story, but confirmed he would be in the first episode.

Discussing Mel and Jack’s relationship, he added: “Mel and Jack are such an epic couple that you really want to savour things as much as you can.

“We don’t want things to ever feel like they’re stalled, but we also want to enjoy [their engagement] while we can.”

Also seen together are Sarah Dugdale (Lizzie) and Kai Bradbury (Denny). While Denny’s diagnosis led him to break things off with Lizzie, Smith hinted that this may not necessarily be the end for their relationship.

“I don’t want to focus on the dark and the sadness. People in the Huntington’s community would want to see the same,” he added.

“Take a story that has the potential to go into a dark place and find a way around it.”