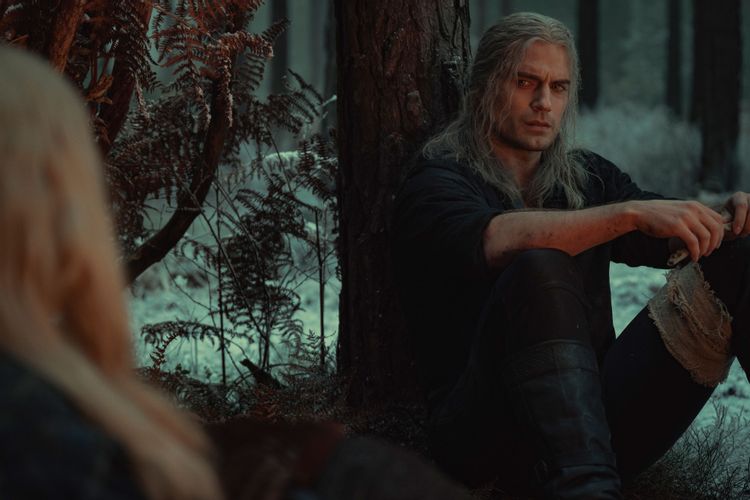 Ever since Henry Cavill was first cast as Geralt of Rivia, he’s talked time and time again of his love for all things Witcher.

“I really enjoy playing these kind of games and reading these kinds of books in my spare time,” he said as far back as 2019 (via Hobby Consolas). “I don’t consider it a job,” Cavill continued. “For me it is more like an extraordinary opportunity to live my childhood and adult life fantasies.”

And that’s why it’s come as such a shock that Henry will no longer be involved with the show beyond season three.

It’s time to stop tossing those coins to Cavill, because on October 29, 2022, Netflix revealed that Geralt has been recast for season four with Liam Hemsworth (The Hunger Games) now set to star as the titular White Wolf.

In an official statement following this big reveal, our new Geralt said he’s “over the moon” about the opportunity to play him. That’s lovely, but a lot of fans have already made it clear they’re not happy with this change.

As Liam himself said, he has “some big boots to fill,” and for most viewers, it’s impossible right now to imagine anyone other than Cavill in the role.

Regardless of what you think of the show, one thing The Witcher fans all seemed to agree on is that Henry is the Witcher, perfectly embodying the Geralt of their dreams from the books and games alike.

So what gives? Well, in a statement of his own, Cavill was typically gracious about leaving the show and wished Liam all the best as his replacement:

“In my stead, the fantastic Mr Liam Hemsworth will be taking up the mantle of the White Wolf. As with the greatest of literary characters, I pass the torch with reverence for the time spent embodying Geralt and enthusiasm to see Liam’s take on this most fascinating and nuanced of men. Liam, good sir, this character has such a wonderful depth to him, enjoy diving in and seeing what you can find.”

That’s all well and good, but why exactly did Henry decide to break our hearts leave The Witcher in the first place? No official reason has been given just yet, but we have our suspicions…

Did Henry Cavill leave The Witcher because of Superman?

Upon hearing the news, most fans immediately figured that Henry Cavill’s exit from The Witcher might have something to do with his other signature role. Yep, you know the one.

And to be fair, the timing of this announcement was curious. Just this week, Henry finally returned as Superman in the mid-credits scene for Black Adam.

This has been a long time coming for fans and Cavill alike. For many, he is the perfect Superman, and Henry’s certainly established himself as a fan-favourite in the role, despite DC’s wider universe-building issues.

Things seem set to change over at Warner Bros now that Worlds of DC has new management, and Superman’s return could very well be a part of that. After all, Dwayne Johnson just revealed that he’s “fought for years” to bring Cavill back, and since then, Henry has confirmed that this cameo is just “a very small taste of what’s to come.”

“The character means so much to me,” Henry said just recently to the Happy Sad Confused podcast. “It’s been five years now. I never gave up hope. It’s amazing to be here now talking about it again. There is such a bright future ahead for the character. I’m so excited to tell a story with an enormously joyful Superman.”

Cavill has long made it clear that he’s extremely keen to reprise the role of Superman again, and with a renewed focus on the character’s “bright future,” this could have certainly played a role in his exit from The Witcher.

It turns out Henry even shot his cameo midway through filming for The Witcher season three, and he was unable to explain why he needed to leave set due to DC’s need for secrecy.

Could that have caused friction on set? Perhaps, but Cavill has proved time and time again that he’s devoted to the role of Geralt as well, so even with DC’s (presumably much) larger paycheck waiting in the wings, it seems unlikely he would have just left without trying to juggle both of these roles still. Not unless there’s another reason why he left…

Did Henry Cavill leave because of problems with The Witcher?

The news of Henry’s exit was particularly surprising for fans who remember him once saying (via THR) that he was prepared to stay on board for seven whole seasons. However, there was a caveat to all this.

Cavill was happy to continue playing Geralt “as long as we can keep telling great stories which honour [author Andrzej] Sapkowski’s work.” It’s a point actors often make, but given Henry’s dedication to the role, it’s one we’re inclined to believe more than usual here.

“I’m a huge fan of the books and staying loyal to them,” reiterated Cavill on The Witcher’s YouTube channel. “It’s about making sure that story happens without too much in the way of diversions or side things going on to muddy the waters.”

But did the waters start to get a bit too muddy? Geralt is often covered in grime, and he does love a cheeky bath, after all…

Henry himself has actively fought to keep Netflix’s The Witcher faithful to the books. While promoting season two, Cavill told Total Film: “This season, I really wanted to make sure that we represented the book’s Geralt more accurately, and that we saw him speak more. I pushed really, really hard for that.”

That’s really commendable and also reassuring for fans to hear, but on the flip side of that, why did Henry have to push “really, really hard” for this kind of accuracy in the first place?

During our own exclusive chat for Digital Spy, Cavill told us “it was such a shame” that “a lovely bit” from ‘Blood of Elves’ had been left out of season two, so he took a key quote from that story and improvised it in Roach’s death scene instead.

Not only does this serve as a strong reminder of Henry’s reverence for the material, but it also reminds us yet again that his vision for the show wasn’t exactly aligned with what ended up on screen.

That in of itself is not necessarily a bad thing. Writers and actors aren’t always going to agree, and sometimes, the writers room might have a wider vision that even someone as involved as Cavill might not be privy to at first.

However, new quotes from writer Beau DeMayo suggest that some of The Witcher team might not respect the source material in the same way that Henry so obviously does.

“I’ve been on a show – namely Witcher – where some of the writers were not or actively disliked the books and games (even actively mocking the source material.) It’s a recipe for disaster and bad morale. Fandom as a litmus test checks egos, and makes all the long nights worth it. You have to respect the work before you’re allowed to add to its legacy.”

DeMayo, who also worked as a co-producer on two episodes of The Witcher’s first season, doesn’t mention anyone specifically here, and for all we know, the people he’s thinking of might not even be working on the show any more.

However, when you also factor in the multiple changes this show has already made to Sapkowski’s books — think the season two ending, for example — it’s likely that Cavill wasn’t happy with Geralt’s direction overall, regardless of whether DeMayo’s claims are true or not.

But not all the fans would agree considering the many changes afoot, and given Cavill’s own super-fan status, it’s entirely possible that he might number among them. And if Henry wasn’t happy, there’s still only so much he could change and alter within the role.

Of course, this could all be way off base. Remember, none of these theories have been confirmed just yet, and for all we know, there might be a completely different reason why Henry Cavill’s hanging up that wig for good. Maybe it’s itchy? Maybe he doesn’t like the colour?

But whatever happens, it’s hard to imagine The Witcher going on for long without Henry. No matter how good or bad Liam Hemsworth turns out to be in the role, it’s one that seems impossible to envision right now without Cavill and that loveable, musty old wig.

The Witcher seasons 1-2 are now streaming on Netflix. Season 3 is in production, and spin-off The Witcher: Blood Origin premieres on December 25, also on Netflix.