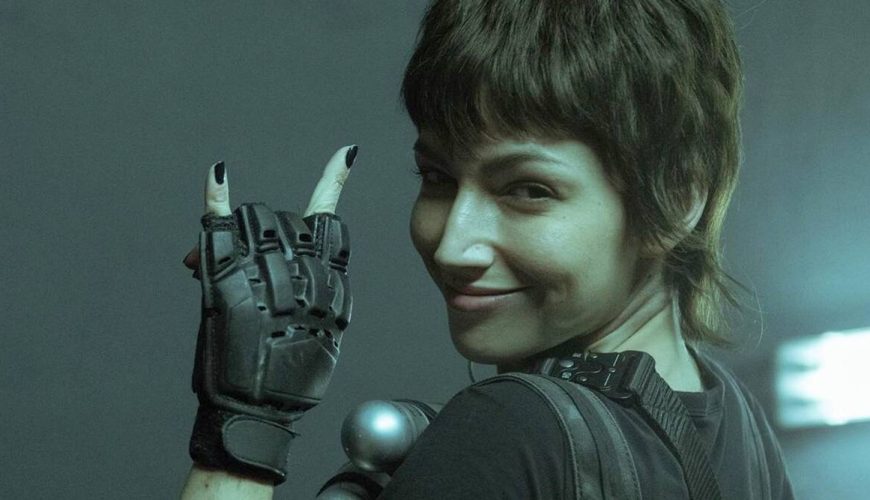 Money Heist – known in Spanish as La Casa de Papel – released its final episodes on December 3, and is one of Netflix’s all-time most popular shows. The new releases were the streamer’s most-watched content in the week from November 29 to December 5, with 190 million hours of playback in its first three days of broadcast, according to company data. Beamed into more than 190 countries, Money Heist has generated an unusual amount of interest for a homegrown Spanish production. And in countries like France, Italy and Brazil, viewers still prefer dubbing to subtitles, meaning the Spanish original now has several local accents.

Andrea Lavagnino is the Italian voice of “The Professor.” An admirer of the actor who plays the character, Álvaro Morte, he prepares for his interpretation by analyzing the Spaniard’s face. “A good dubbing actor looks at the eyes, not the mouth,” he tells EL PAÍS from Italy, a few hours after the broadcast of the final episodes of what is known there as La casa di carta. “Contrary to what non-experts may think, we use our own voice, trying to bring in colors, nuances and emotions. When people ask me to do the voice of The Professor, I can only answer: ‘This is it. It’s mine!’ We are not imitators, we are interpreters,” he emphasizes.

For Sébastien Hébrant, the French-speaking Professor, the series gave dubbing actors excellent material to work with from its very first episodes. “It was a pleasant surprise when we discovered it during the studio recording. We were seduced by the subject matter, the production values and the actors’ performances,” he remembers while on a call from Belgium. “My character has a lot of subtleties and that’s very interesting for dubbing work. He is an enigmatic man, he shows fragility and shyness, but at the same time, he is the charismatic leader of the gang, capable of humor and seduction. I had to find that dichotomy in my interpretation and in my voice.”

The official Money Heist YouTube channel, which has 1.74 million subscribers, revealed in April 2020 that one of the actors in the Spanish series had actually dubbed himself in several other languages. Croatian actor Luka Peroš, who plays “Marseille,” grew up in several countries due to his father’s job as a petrochemical engineer. After filming in Spanish, he has voiced his own character in English, French, German, Italian and Portuguese.

A video of Croatian actor Luka Peroš, who plays “Marseille,” speaking in Spanish, English and Portuguese.

Carla Martelli voices the enigmatic “Tokyo” for Brazilian viewers. “She’s a character with a story that you empathize with from the beginning, which always makes the job easier,” says the voice actress. The challenge for Martelli was the dual role of Spanish actress Úrsula Corberó, who also narrates the series. “I preferred to record the narration first, because it has a different tone, rhythm and energy, and then do the action scenes, which require more expression and vocal force,” she explains. She ended up feeling so close to Tokyo that she remembers spending 20 minutes crying over some of the scenes she had to dub. Martelli also speaks Spanish and has provided voiceovers in the language for several other productions.

Money Heist is full of action sequences, but also contains extensive dialogue scenes for the characters. This sometimes jarring shift complicates the work of Money Heist’s voice actors. “You have to make those phrases easy to understand and at the same time seduce the viewer,” comments Hébrant. In France, Belgium and Brazil, the series maintains the original title in Spanish: La Casa de Papel or The House of Paper. In Germany, it is known as Haus des Geldes, or The House of Money.

Adapting to Spanish
For an Italian like Lavagnino, dubbing a Spanish series is fairly easy due to the close roots of the two languages. This similarity forces him to pay special attention to lip-syncing, however. “The more the original words are similar to the Italian, the more you will notice any divergence,” he says. For his Belgian colleague, it’s a pleasure to dub content spoken in Spanish, even if the strong ‘r’ sound is a challenge when lip-syncing the French version. “Spanish is not the easiest language to dub, but it’s certainly much easier than Korean,” Hébrant comments wryly, referring to recent Netflix smash hits like Squid Game, the likes of which have joined his list of new projects.

In Spain, streaming platforms have become a double-edged sword for the dubbing industry, which has no current agreements in place to defend its workers’ rights. These new entrants into the Spanish markets have increased employment opportunities in a country that still heavily skews to dubbing over subtitles. However, the short turnaround times demanded to release the Spanish-language versions simultaneously with the episodes in their country of origin have made working conditions more precarious.

Something similar is happening in other countries, according to the voice artists. “The sector is facing a market that downgrades the eclecticism of the individual in favor of homogeneity,” says Lavagnino, who professes himself a great admirer of the revolutionary spirit of Money Heist. “They’re trying to make our artisanal work something more akin to a factory assembly line,” he laments. Hébrant points out that despite Belgian regulations establishing the payment voice actors must receive, the amount is much lower than in places like France. He received €75 net per episode for voicing The Professor in Money Heist. “Dubbing remains a side job to other projects as actors,” he laments.

Carla Martelli contrasts this with the high esteem voice to which voice actors are held in Brazil – by the public and the industry. “We professionals feel well paid and respected, although everything [in the labor agreement] can be improved,” she says, “and there is always some prejudice against what we do. There are those who think it detracts from the original material.”

My name is Damyan Ivanov and i was born in 1998 in Varna, Bulgaria. Graduated high school in 2016 and since then i'm working on wordpress news websites.
Money Heist, News, TV Series, Voice actors