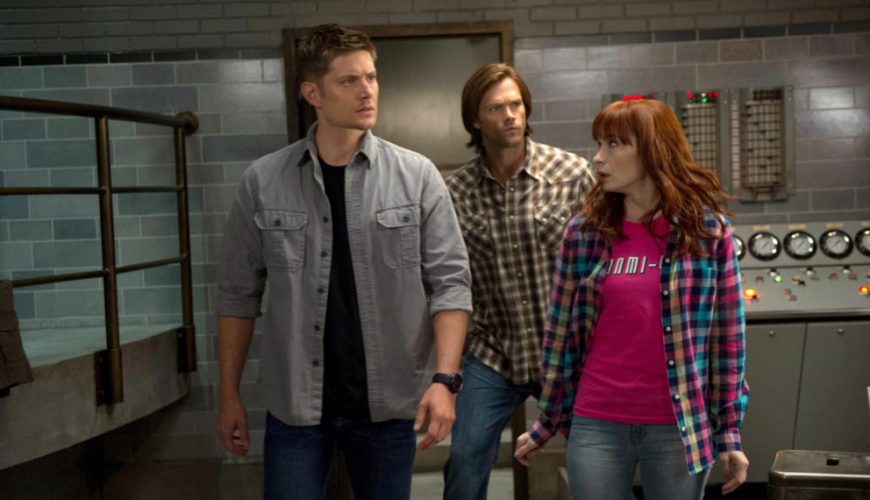 As fans know, COVID-19 affected the final season of Supernatural. Not only was it released in two parts (with the final two episodes rewritten to accommodate protocols), but a character who was supposed to return couldn’t.

Back during the final season, co-showrunner Andrew Dabb had teased that Felicia Day would be reprising her role as Charlie — both the original version we met in Season 7 (and who died in Season 10) and the Apocalypse World one (introduced in Season 13). We saw the latter, but not the former, and as Day explains on Thursday’s episode of the SDR podcast, that’s because they couldn’t go with the original plan for the finale, when Dean Winchester (Jensen Ackles) arrives in heaven after dying during a routine hunt with his brother Sam (Jared Padalecki).

“I shot Episode 18 of the last 20 episodes and I read all the rest of the scripts, and they were so good. And the last script, before COVID changes had to happen, had a big ass party where everybody was in heaven and they were meeting Dean,” including “old school Charlie,” she reveals. “Unfortunately, I flew home the day before they shut down the border for like six months and they couldn’t fly all the actors up because they were going to shoot that big bar scene where Dean goes into heaven and sees all his friends and then have the best wrap party ever. They couldn’t get people over the border to do it, so they had to rewrite the whole thing with no extra actors, which really sucks for all of us because I wanted to party, but also I wanted to be in the end.”

And it would’ve made sense for the original version of Charlie to be in heaven with Dean because, as Day explains, “Apocalypse Charlie never got a scene with Dean. She never even had a relationship with Dean. She had a little bit of one with [Sam]. I like that character, but she’s not the heart of who Charlie is. Old school Charlie was the one who had a relationship, was like the little sister.”

The ending that we saw in the Supernatural series finale instead had Dean meet Bobby (Jim Beaver) before hitting the road in Baby (the 1967 Impala) and eventually reuniting with Sam once he died.

My name is Damyan Ivanov and i was born in 1998 in Varna, Bulgaria. Graduated high school in 2016 and since then i'm working on wordpress news websites.
Felicia Day, Felicia Day (Charlie), News, Supernatural, Supernatural finale, Supernatural Season 15, TV Series